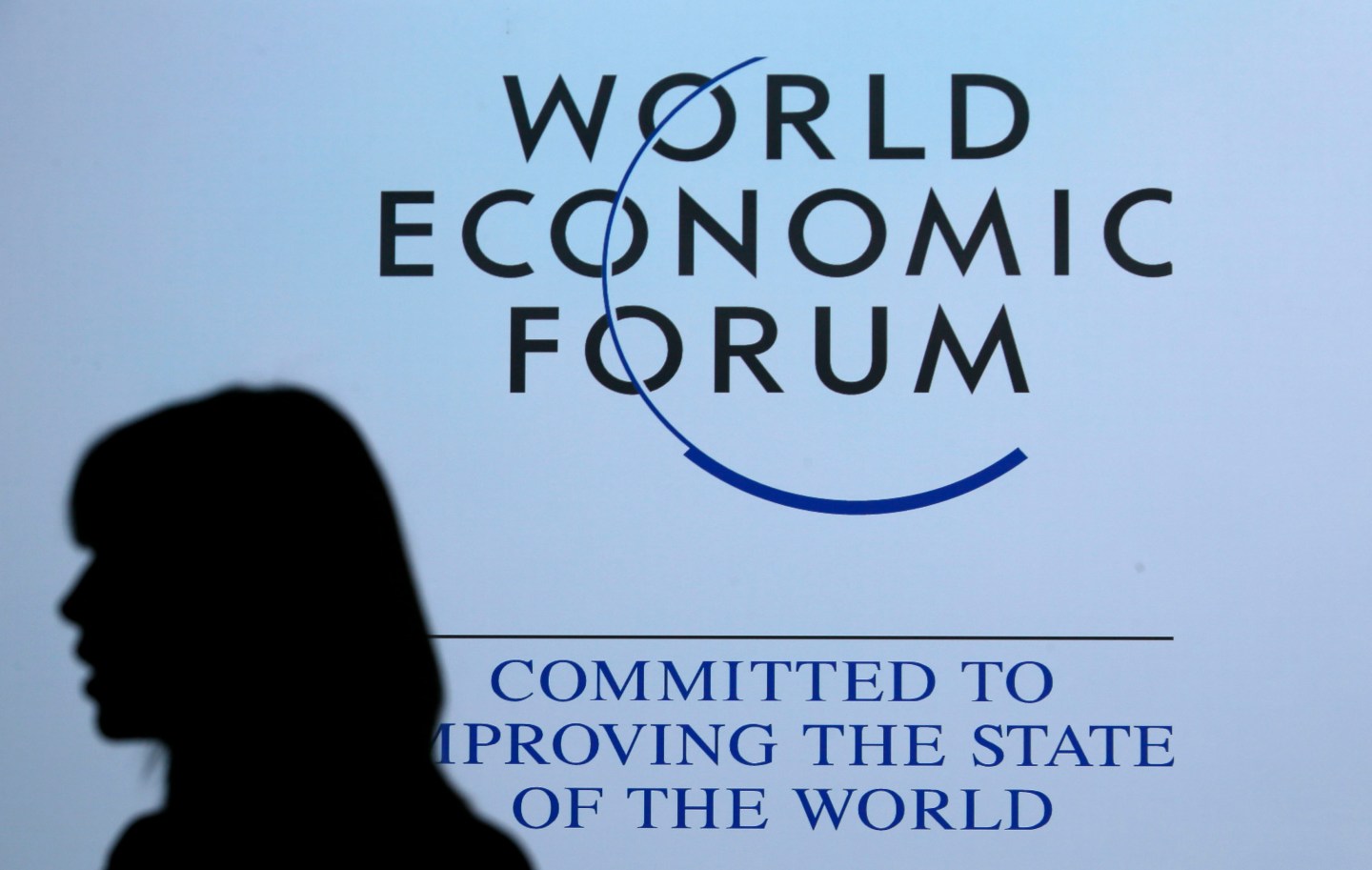 A delegate is silhouetted as she passes by a sign for the annual meeting of the World Economic Forum (WEF) in Davos January 26, 2013. REUTERS/Pascal Lauener (SWITZERLAND - Tags: POLITICS BUSINESS) - RTR3CZL3
Photograph by Pascal Lauener — Reuters

CEOs don’t come to this Swiss village to “improve the state of the world” – as the forum’s motto suggests. They come mostly because it’s an efficient place to do business. In three days’ time, you can arrange scores of meetings with partners, customers and government officials that otherwise might have taken weeks of travel.

But having so many CEOs in one place creates the opportunity for some interesting and even important conversations. On Friday evening, FORTUNE assembled nearly 30 corporate leaders for a discussion that focused on what big business can do to rebuild its trust with a global public that has clearly grown skeptical. Seated around the table were the CEOs, presidents and founders of companies that span the globe and employ nearly three million people, including Deloitte, RBC, General Motors, Santander, Alcoa, Alibaba, Bank of America, McKinsey, Salesforce, Flex, Cisco, eBay, Kaiser Permanente, Nestle, Monsanto, Huawei, Facebook, Bain, AirBNB, Virgin, MassMutual, SC Johnson, and Heidrick and Struggles.

The single table conversation covered the need to put purpose as well as profit at the center of a company’s strategy; the importance of transparency in an age of social media; the value of engaged employees in spreading a company’s story; and the need to build customer trust one person at a time. The comments were off the record, so I can’t report them in detail. But I can say the thoughtful conversation left me feeling more hopeful about the future than anything I’ve heard from Iowa or New Hampshire in recent weeks. The focus of business leadership has changed in the last decade, and even if that’s out of necessity, it’s a good thing.

Global stock markets are less cheery than I am this morning, and have resumed their slide after a brief Asian rally. Other news below, including Tyco’s merger, Twitter’s talent purge and Theranos’ continuing troubles.

Take time today to read Jennifer Reingold’s fascinating story about the Italian billionaire who has taken control of Walgreens (WBA) and is now squaring off with CVS (CVS) for drugstore domination. It’s in our February magazine, but available online today.