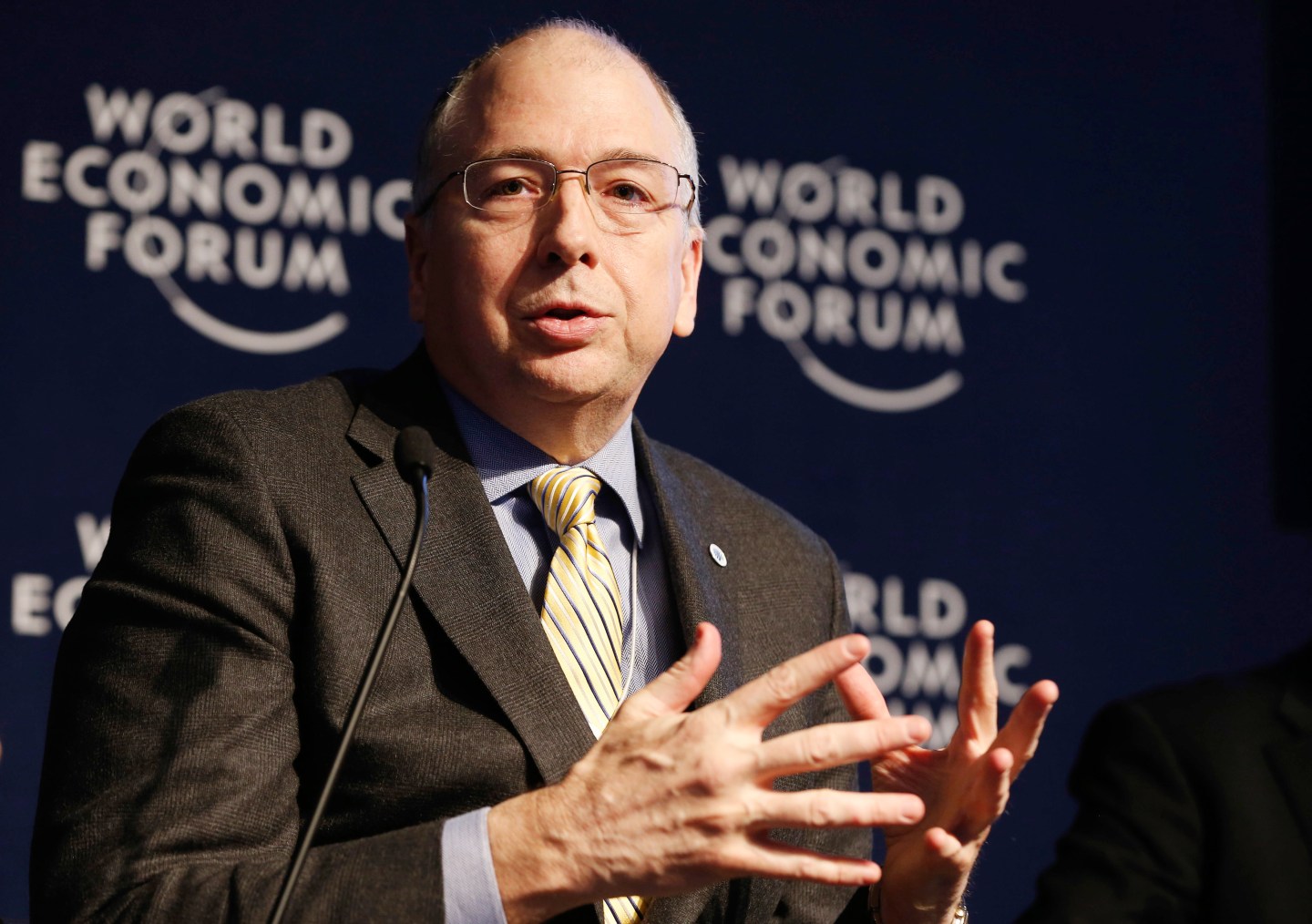 A significantly reduced tax bill for his company is not the only thing Johnson Controls (JCI) CEO Alex Molinaroli will get from doing an inversion deal with Ireland-based Tyco International. He could also get a very big check.

Molinaroli will receive at least $20.5 million and as much as $79.6 million for doing the deal over the next 18 months. Here’s the breakdown, based on Johnson Controls’ proxy statement:

The $39 million termination fee could be the reason why Molinaroli is only staying on for CEO for 18 months after the deal is done. After that Tyco’s CEO George Oliver will take over as CEO, and Molinaroli will become executive chairman. Under tax rules, if a new position significantly reduces your day-to-day role at the company then it qualifies as a termination.

An added bonus: If Molinaroli has to pay additional taxes because of the accelerated payouts, Johnson will pick up the cost of that as well.

Johnson declined to comment on Molinaroli’s compensation, or what his duties would be as chairman.

Change of control, and whether there really is one, has been one of the big issues of tax inversion deals. Tax inversions deals have come under criticism because they allow companies to avoid paying a significant portion of their U.S. tax bill by shifting their official headquarters overseas. Nonetheless, after the deals most of the companies are still unofficially run out of the U.S.

Johnson is buying Tyco (TYC), and Molinaroli is going to stay on as CEO for 18 months; but the event still qualifies as a change of control under Molinaroli’s contract, which defines that as an event when at least 35% of the company’s stock is acquired by another company.

That’s an important point for the inversion as well. The Treasury Department has tried to tighten up rules in order to stop companies from doing tax inversion deals. Those rules are focused on deals in which less than 40% ownership of the new company will be held by foreign owners, in order to avoid U.S. companies from buying much smaller companies just to avoid taxes. But the Johnson deal will qualify as a so-called super inversion, because Tyco shareholders will own 44% of the deal after its done, avoiding any penalties the Treasury Department has tried to imposed on these deals.

Molinaroli has said the deal is more about diversifying outside of Johnson Controls’ traditional auto-parts business. Tyco will significantly expand Johnson’s commercial construction business. Both Tyco and Johnson make temperature and other control systems, like fire and safety, for large buildings.

A tax inversion is when a U.S. company buys a foreign-based company and relocates overseas in order to lower its tax bill. The company still has to pay U.S. taxes on U.S. income, but it can avoid paying U.S. taxes on overseas income. What’s more, most companies doing inversions relocate to countries with lower corporate tax rates than the U.S. Ireland, where Johnson will be based after the deal, has one of the lowest corporate tax rates on the planet at 13.5% .

Johnson has said that the deal will deal will allow the company to shave $150 million a year off of its tax bill.

Molinaroli was also caught up in a Ponzi scheme. Molinaroli appears to have been a victim in the $50 million scheme but nevertheless helped bankroll the criminal defense of the scheme’s perpetrator Joseph Zada. Prior to his arrest, Zada had lived, rent-free, in a home in Grosse Pointe, Mich. that was owned by Molinaroli. Earlier this month, Zada was sentenced to 17 and a half years in prison. Molinaroli says that he did not know Zada well, or what he was doing with his investors’ money.