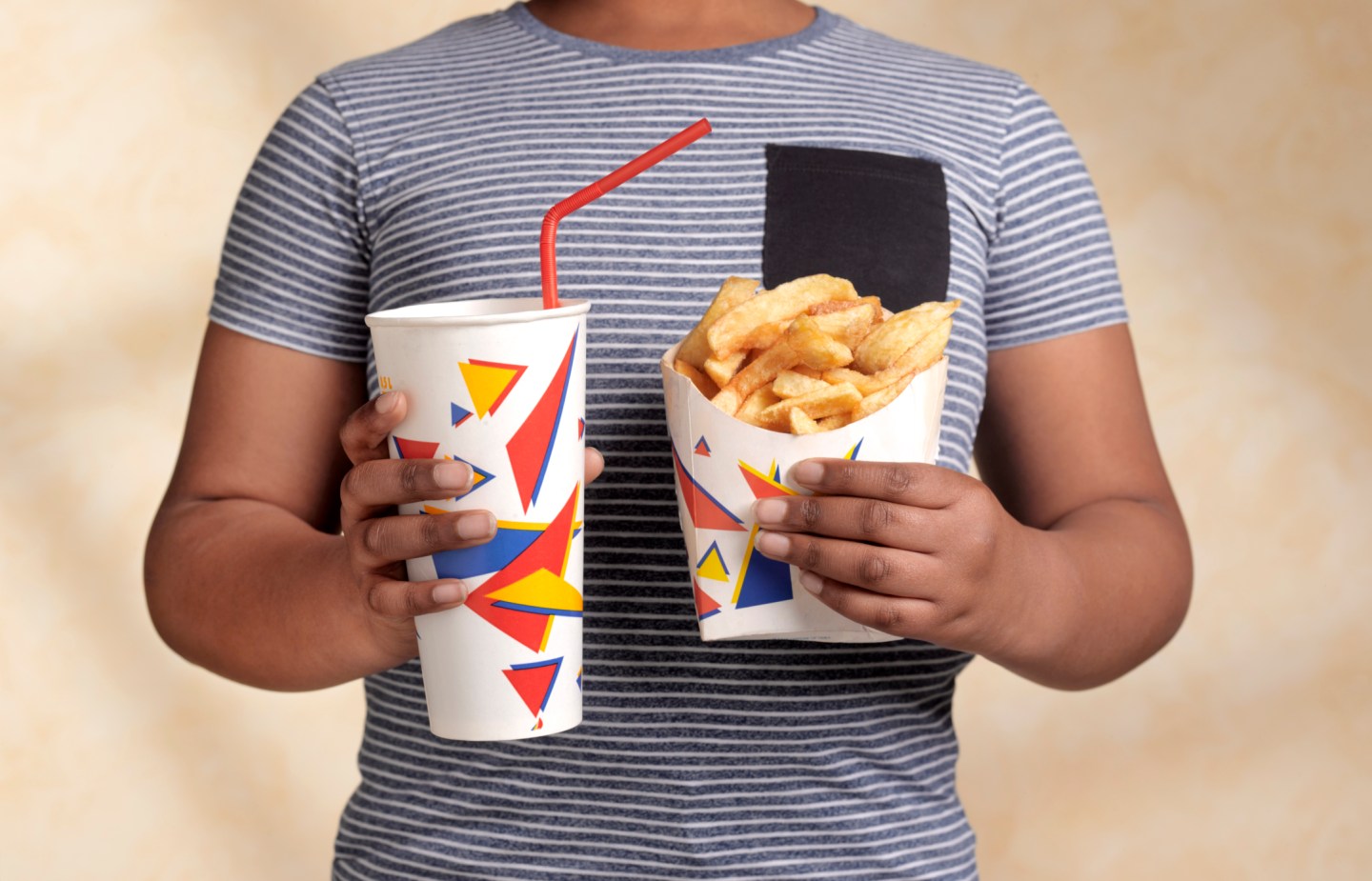 Child obesity around the world has reached alarming levels. An estimated 41 million children under 5 years old are either obese or overweight as of 2014, and the epidemic is hitting developing nations especially hard.

The total number of obese young children in countries in Asia and Africa now outnumber those in wealthier nations like the U.S., and those numbers are growing rapidly, according to a new report from the Commission on Ending Childhood Obesity.

The study, which was commissioned by the World Health Organization, found that 48% of obese and overweight children under 5 years old lived in Asia and 25% in Africa as of 2014. In addition, the total number of overweight or obese young children in Africa nearly doubled over the past 24 years, increasing to 10.3 million from 5.4 million. For comparison, the U.S. has actually been able to curb the number of obese children aged 2 to 5 years, bringing the percentage down to 8.4% in 2012 from 13.9% in 2004 nationwide.

“Obesity ranks up there as one of the biggest issues, and it is preventable,” said Miriam Nelson, director of the John Hancock Research Center on Physical Activity, Nutrition, and Obesity Prevention at Tufts University. “You don’t necessarily want to pit one disease against another–there’s still major concerns about tuberculosis and HIV in many nations. But, obesity will be an enormous burden on these children as they get older.”

Children who are obese are very likely to remain obese as an adult, putting them at higher risk for heart disease, type 2 diabetes, and asthma. However, the effects go beyond the health risks and can lead to social discrimination and low self-esteem.

“Obesity impacts a child’s quality of life as they face a wide range of barriers, including physical, psychological, and health consequences,” said Sania Nishtar, a doctor and Commission co-chair. “We know that obesity can impact education attainment, too.”

This consequences then end up trickling through into adulthood and pose “economic consequences for them, their families, and society as a whole,” said Nishtar.

The obesity epidemic in the U.S., which affects about 10.4% of children between 2 years and 5 years of age and more than 23 million children and teens in total, is estimated to cost our nation $117 billion per year in direct medical expenses and indirect costs, like lost productivity, according to the Robert Wood Johnson Foundation. That total is for one nation for one year. Taking into account the lifetime cost for each obese child, the global effect of the obesity epidemic is staggering.

“Prevention of childhood obesity,” according to the study. “Will result in significant economic and intergenerational benefits that currently cannot be accurately estimated or quantified.”

The Commission outlined a range of recommendations to WHO that governments around the world should implement to help fight the rising tide of obesity in children–and help curb the huge economic burden. This includes continually promoting healthy food and exercise habits from a young age, educating parents before and during pregnancy for earlier prevention, and providing weight management resources for children and young people who are battling obesity currently.

“WHO needs to work with governments to implement a wide range of measures that address the environmental causes of obesity,” said Peter Gluckman, fellow Commission co-chair. “And help give children the healthy start to life they deserve.”