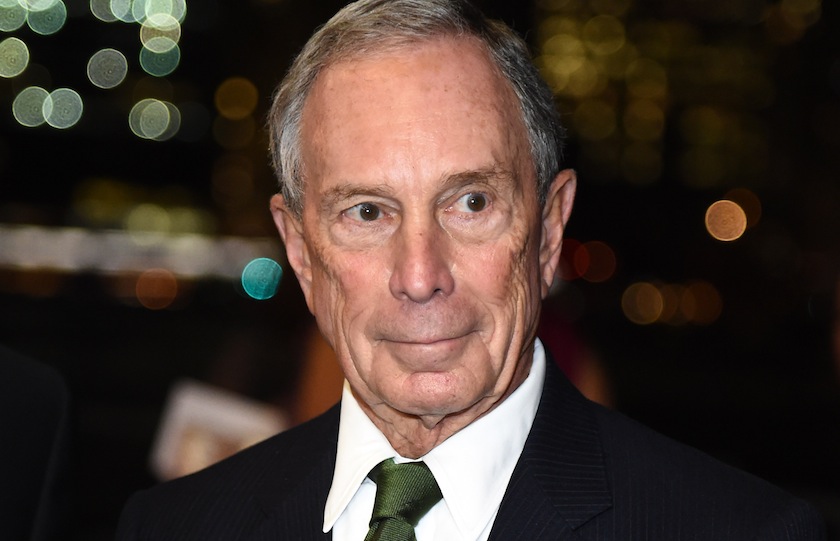 Former New York City Mayor Michael Bloomberg is exploring an independent campaign for president,TIME confirmed Saturday, a move that highlights the ongoing weakness of Democratic frontrunner Hillary Clinton and threatens to deliver a major blow to Democratic hopes for maintaining the White House.

The media mogul is most likely to pursue a campaign, which was first reported by the New York Times, if Clinton fails over the next month to demonstrate that she is on a clear path to secure the Democratic nomination.

But a person with knowledge of Bloomberg’s plans told TIME Saturday that he still might run if Clinton appears likely to be the nominee, a prospect that could prove a major boost to Republican hopes of retaking the White House. The person familiar with the plans said a campaign was “significantly less likely,” against a Clinton nominee, but “not impossible.” Bloomberg is likely to make his decision before the end of March, so that he can qualify for ballots around the country.

The current chief executive of his own media empire, Bloomberg, 73, was elected three times to lead New York City. He holds a number of political positions that are sure to turn off Republicans while enticing Democrats and socially-liberal independents in a general election. These include support for stricter gun control, greater government regulation to protect public health and strong support for the women’s health organization, Planned Parenthood. He has also worked to shutter coal power plants as a way to combat global warming, and spent his own money on an outside group supporting immigration reform, with a path to citizenship for those now in the country without documentation.

“A lot of elected officials are afraid to back controversial things. I’m not afraid of that,” he told TIME in 2013, as he prepared to leave New York City Hall. “You’re not going to hurt my business, and if you are, I don’t care. I take great pride in being willing to stand up.”

In the 2014 election cycle, Bloomberg gave nearly $29 million to groups involved in elections, including $4 million to Planned Parenthood Votes and millions more to a SuperPAC supporting Democratic House candidates. If he ran, he would self-finance his own presidential bid from his $37 billion fortune, which he built by creating a media company focused on providing information to the finance industry.

Bloomberg has previously made several other attempts to explore a run for the presidency, only to conclude that the partisan primary and caucus system, which runs through rural states like Iowa and New Hampshire, would be unfavorable to a billionaire bachelor from New York City, with close ties to Wall Street. But the rise of Republican Donald Trump and Democrat Bernie Sanders has again sparked his interest in an independent run, which would bring echoes of H. Ross Perot’s 1992 campaign against Republican George H. W. Bush and Democrat Bill Clinton.

There is little public polling on the impact of a Bloomberg presidency on the election, though Bloomberg has commissioned private polls as he explores a run. An online poll conducted this month by Morning Consult found that Bloomberg’s entrance could hurt Clinton more than Trump, in a hypothetical three-way race. Online polls are considered less accurate by many pollsters than telephone polls, and general election matchup polls this early in a campaign cycle are rarely predictive.

If he did run, Bloomberg would likely campaign as he did in New York City, as an exceptional manager without the ideological biases of the current two party system. “My strengths are attracting good people and getting them to work together, getting the resources for them, adjudicating disputes, bringing them down to reality, evaluating them, promoting them, and protecting them,” Bloomberg previously told TIME.

The very fact that Bloomberg is even exploring a run is bad news for Clinton, who has struggled to live up to her billing as the heir apparent to President Obama. She now trails self-described “democratic socialist” Sanders in New Hampshire and has watched her lead shrink in Iowa. Nonetheless, Clinton remains the favorite to win the nomination, given her support among unelected Democratic convention delegates and minority communities.