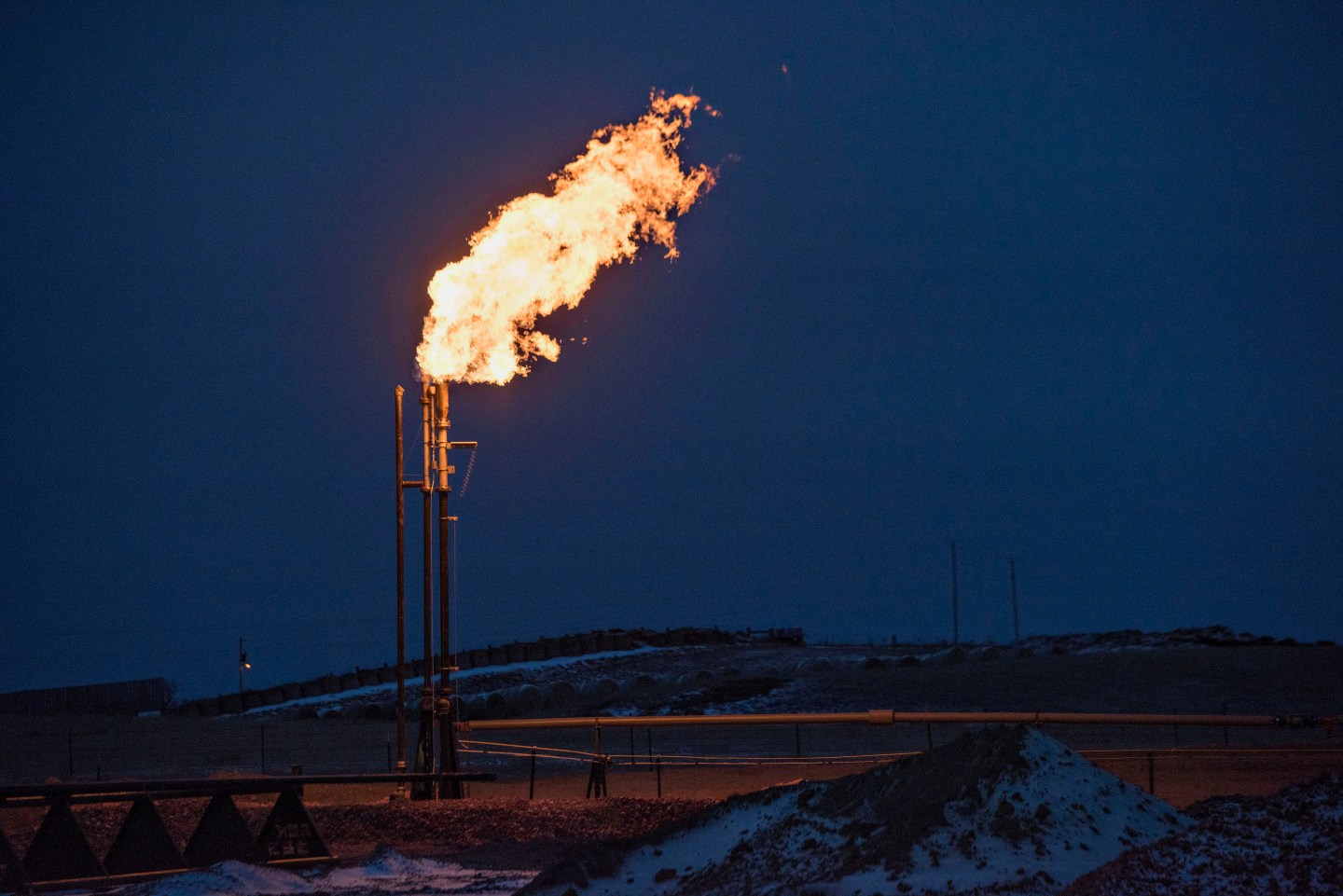 For the second time in as many weeks, Secretary of the Interior Sally Jewell has some news that many in the fossil fuel industry won’t like.

On Friday, Jewell announced new rules that seek to curb the release of methane, a harmful greenhouse gas, from oil and gas drilling on public lands. Methane is a main component of natural gas, but during the production of gas and oil, methane is often both unintentionally and intentionally released into the atmosphere.

The oil and gas sectors in the U.S. have been pummeled by rock-bottom oil and gas prices in recent months. Anything that adds costs could be painful for already-struggling companies.

The announcement follows news last week that the Interior has put a freeze on issuing new leases for coal mining on public lands. The department will use the moratorium to review how the government awards coal mining leases and could potentially make the leases more expensive for coal mining companies.

President Barack Obama has made it a priority in his last term in office to use various government arms to create mandates to help the U.S. fight climate change. The president’s controversial Clean Power Plan, which the Environmental Protection Agency finalized last year, limits the amount of greenhouse gases that power companies can emit.

A year ago Obama announced a goal to cut methane emissions from the oil and gas sector by 40 to 45% over the next 10 years. The Interior Department’s new rules are in line with this goal.

Not all oil and gas companies will oppose the Interior’s new methane-curbing rules. Methane can be used as a power source, so the gas that is captured can be sold and used. The Interior says the amount of methane that was emitted from oil and gas drilling between 2009 and 2014 was enough to power more than 5 million homes for a year.

For more on Fortune’s predictions for oil in 2016, watch:

Last year a group of investors with large interests in oil and gas companies, and $1.5 trillion in assets under management, strongly supported Obama’s methane emissions reduction goal. The investment group included pension giant California Public Employees Retirement System, the endowment of Amherst College, and the offices of both New York City and New York state.
The natural gas and oil industries account for about a third of U.S. methane emissions, according to the EPA. Other common sources of methane are landfills, coal mining, and the agriculture industry. Methane is about 25 times more potent as a greenhouse gas than carbon dioxide when released into the atmosphere.

The Obama administration has said that better efficiency standards for gas and oil could save “180 billion cubic feet of natural gas in 2025, enough to heat more than 2 million homes for a year.”

The public can submit comments about the Interior’s new rules over the next couple months.