That Crashing Sound Is The Fall Of The U.S. Coal Industry 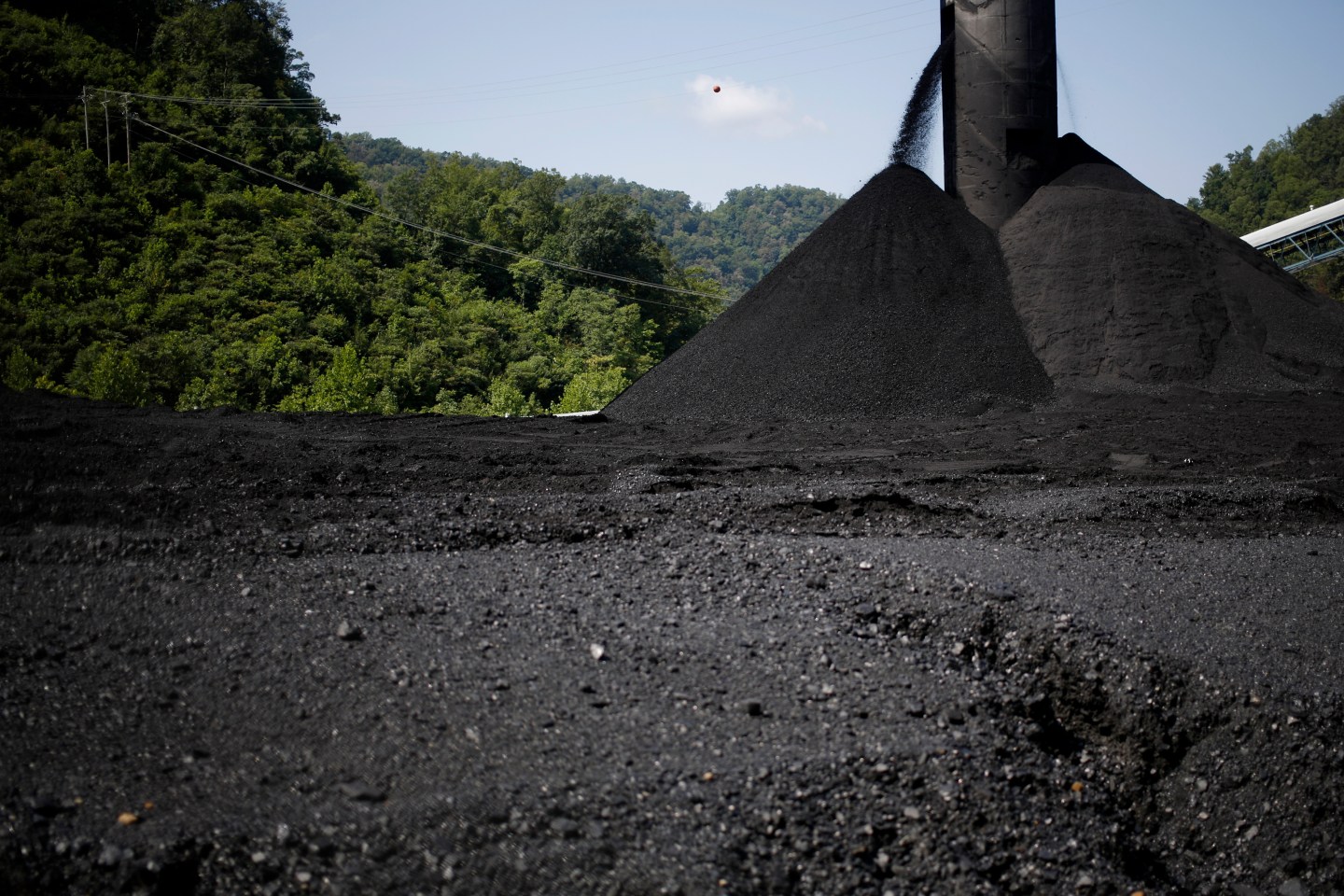 The U.S. coal industry is having one of its most difficult years in decades as it faces a long, slow decline.

After years of coal plant closures, lost coal jobs, and the rise of cleaner forms of electricity like natural gas, Interior Secretary Sally Jewell announced on Friday that the government has put a freeze on issuing new leases for coal mining on public lands.

The announcement is a yet another major blow to the U.S. coal industry. While coal will continue to provide the U.S. with power for many decades, it’s era as the dominant power source could be waning.

The federal government manages leases for coal mining on 570 million acres of land, and a big portion of that is in Wyoming. About 40% of U.S. coal production comes from federal land.

A Government Accountability Office report in 2014 found that the federal government was missing out on $1 billion annually because of undervalued coal leases for big coal companies. For years, environmentalists have complained about these outdated leasing policies that were created decades ago.

Meanwhile, over the summer the 200th coal power plant in the U.S. was in the process of shutting down over the past several years. A study last year found that the coal industry contracted by 50,000 jobs over the past five years. The energy upheaval is particularly painful if you’re one of the coal miners or coal plant workers who lost one of those jobs.

But the shift away from coal is expected to help the U.S. move toward cleaner burning sources of electricity like natural gas, wind and solar. Natural gas releases fewer carbon emissions when it’s burned to make electricity than coal does.

President Obama has made it a priority to help the U.S. address climate change. After two years of negotiations, he released the final version of a plan last year to reduce carbon emissions from U.S. power plants. Most agreed that coal was the major loser in the plan.

Even without federal incentives, low cost natural gas power has been replacing coal in the U.S. for years. At the same time, solar panels and wind turbines have also gotten considerably cheaper, and power companies have been installing these clean technologies as well.

The transition away from coal won’t be rapid, but will occur over several decades. Technologies to help coal plants capture and store carbon emissions could help the industry, but the technology has long been considered too expensive to use commercially.

Outside of the U.S., coal will still rise as a major source of power for developing countries like India. China has been adding coal plants at a rapid clip in recent years, too, but the country is now also reconsidering its reliance as concerns about air pollution there become a critical political issue.