How to Focus on Your Work and Ditch the Distractions 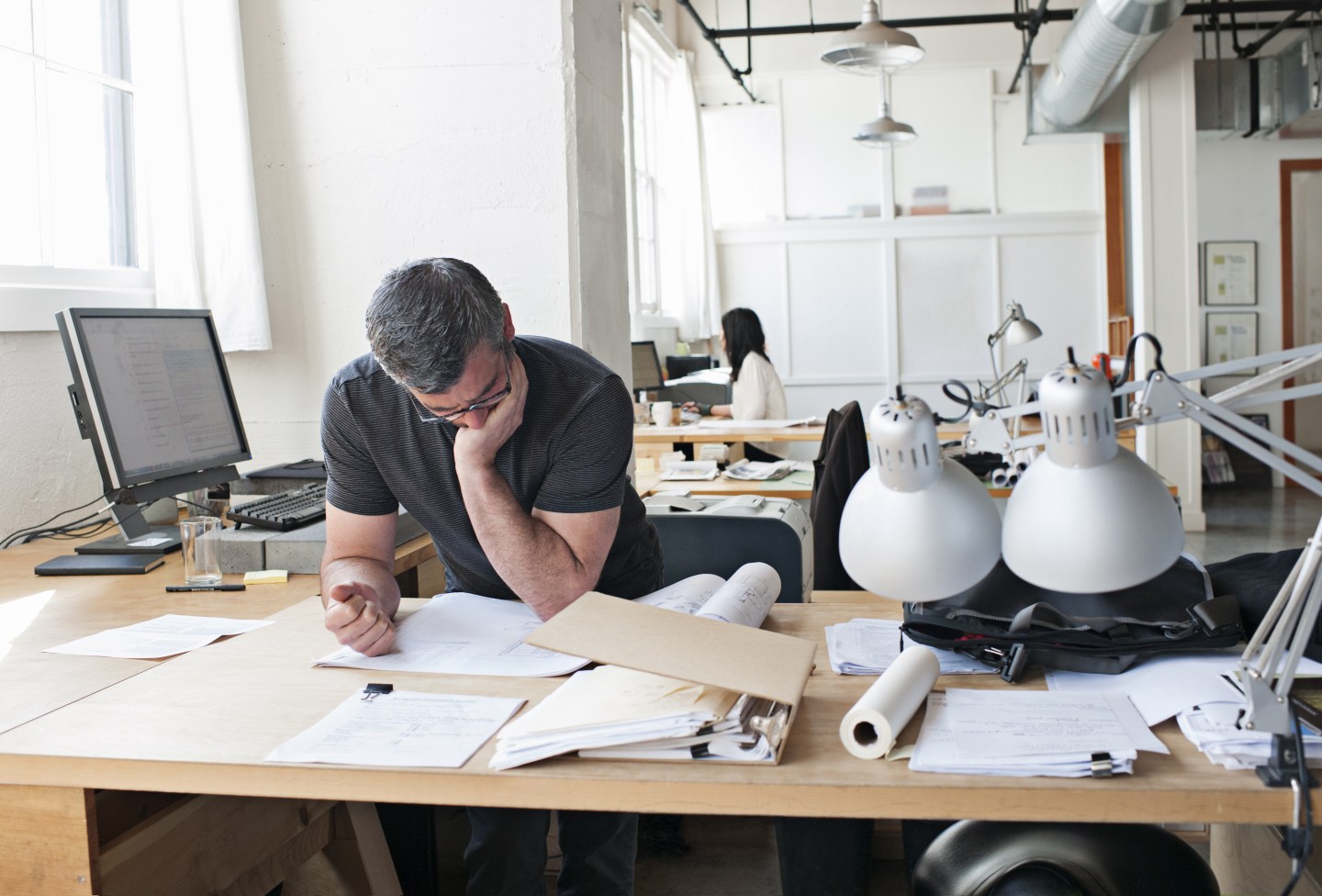 It may be the rarest skill in the modern workplace: the ability to focus. “Deep work is giving something intense concentration without distraction for long periods of time,” says Cal Newport, a computer science professor at Georgetown University and author of the new book Deep Work: Rules for Success in a Distracted World. “If you’re one of the few who masters this skill, you’ll have a lot of opportunities.”

Take Newport, for instance. He eschews social media and carefully schedules meetings and email. As a result, he’s able to teach, publish a far-above-average number of peer-reviewed journal articles every year, write bestselling popular books, and make it home around 6 p.m. to spend the evenings with his family.

To be sure, that may sound more doable in the academic world. But deep work of the kind that creates value is still possible in a busy office. Here’s how to make it happen.

Start a conversation. Most people assume that being a knowledge worker requires being available 24/7. But are you sure that’s what your colleagues and clients expect? Try suggesting a ratio of 50% quiet work time, and 50% on email, meetings, and the like. Newport cites the example of how the consulting firm BCG created boundaries for when people were expected to be available.

“Having an open dialogue about these issues of productivity and distraction led to many positive shifts in culture,” Newport notes. People actually had time to think, he says, which led to better client service.

Stop managing with meetings. “People use meetings as a crude form of time management,” says Newport. The thinking, he adds, is “if I schedule regular meetings on this project, then I’ll be making progress on this project.”

That makes sense, but meetings chop up a schedule and prevent people from enjoying long periods of focused time. Err on the side of fewer meetings, rather than more.

Block it on the schedule. Getting rid of normal status meetings is good, but here’s a type of meeting you should keep: those you schedule with yourself. “We already have a semantics and set of behaviors around meetings and appointments,” says Newport. So block in time to do deep work on your calendar. If someone asks why you didn’t respond immediately, you can always say, “I was in a thing from 10 to 1.”

Seize quiet times. Chuck Davis, CEO of Swagbucks, says that in Internet companies, “the day starts later than in other companies.” Since he’s more of an early riser, this works to his advantage. “I come in really early on Monday, and by the time most people roll into the office and meetings start at 10, I’ve had the most productive way to start the week of anyone.”

While mornings are often good, they’re not the only option for deep work. Davis recently stopped by the office one evening while waiting for his wife and daughter to fly into the nearby airport. “That was a great 2 hours where I got a lot done,” he says.

Go home (or at least elsewhere). Jim McCarthy, co-founder and CEO of Goldstar, which sells entertainment venues’ excess tickets, says that he recently built out his home office to make it more functional, and also more comfortable. “If I know I’ve got a lot of work to do, I pack it up for a few hours, usually at the end of the day, and work there, where I’m harder to bug,” he says.

A coffee shop or library can also serve this function. While telecommuting is perceived to be about work/life balance, it’s often about focus. A recent FlexJobs survey found that 76% of people said they avoided the office when they had to get important work done.

Be disciplined. People may blame distraction on the office, but that’s not always the case. “Stop sabotaging the opportunities for deep work you already have,” says Newport. “The slightest glance at your inbox creates enough cognitive residue to slow down your capacity.”

Even if you need to be on email frequently, consciously scheduling 30 minutes on and then 30 minutes fully off can help a lot. Or go to a white board to write ideas so you’re not tempted by your computer. McCarthy has another trick for when he can’t seem to focus on a problem: “I get an egg-timer and set it for seven minutes,” he says. Seven minutes seems doable, and, he says, “At the end of that, you’ll have some momentum and ideas to build on, and you can add another seven minutes and another and another until you’ve done what you need to do.”

You can use your phone instead of an egg timer, of course, but if you’ll be tempted to check email or stock prices, that defeats the whole purpose.

Team up. While deep work is often a solitary activity, it doesn’t have to be—particularly in the corporate world.

“Every Thursday, I have a ‘Think Big’ lunch with my head of marketing, and a standing Tuesday dinner with my head of product to collaborate on strategic thinking and to connect the dots of our respective projects,” says David Vivero, CEO and co-founder of Amino, a physician visit booking platform. “Committing to someone else and carving out time creates a real sense of duty to intense thinking and discussion.”

And it definitely beats sitting at your desk surfing the web.