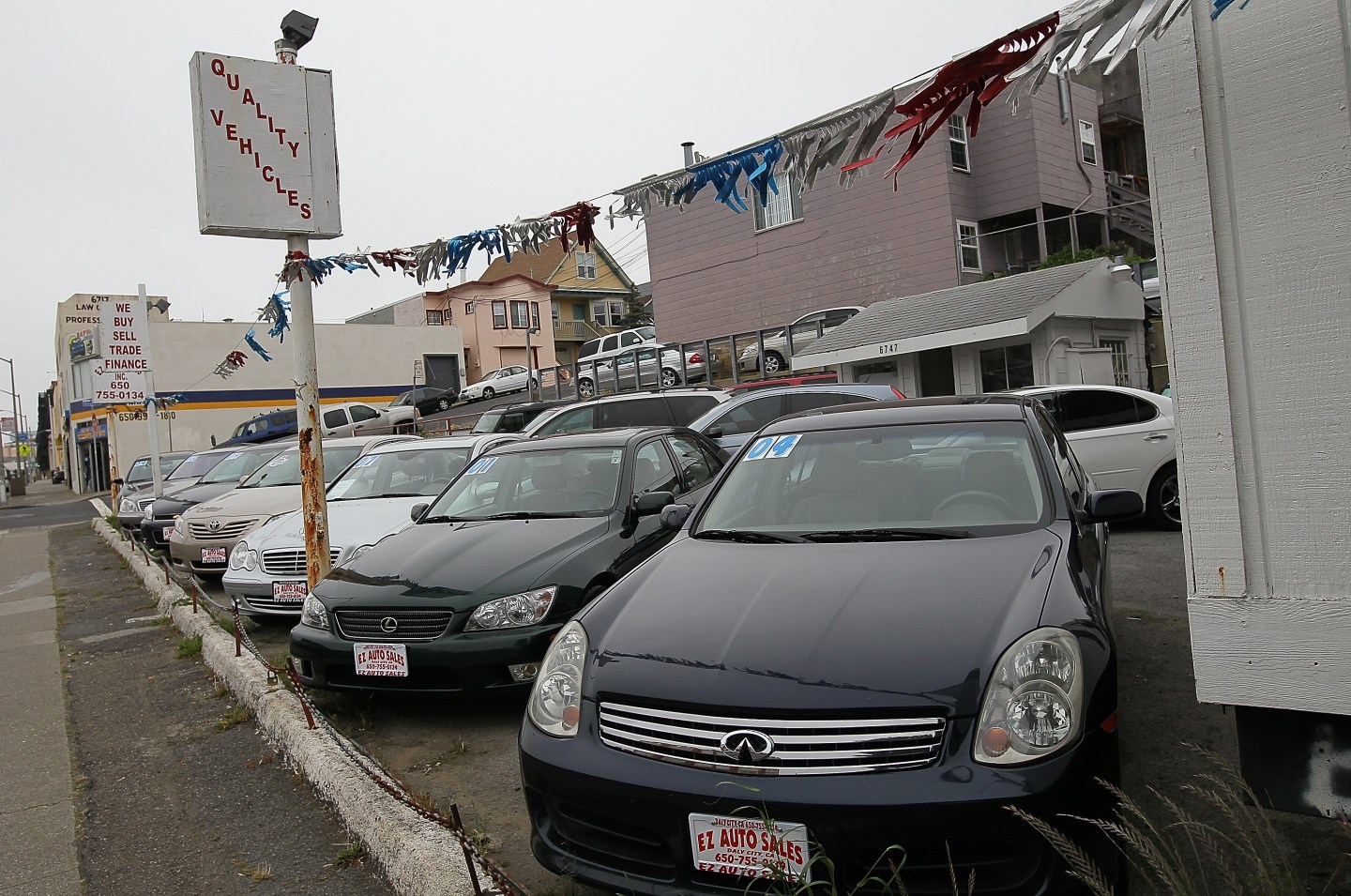 DALY CITY, CA - JUNE 09: Used cars are displayed on a sales lot on June 9, 2011 in Daly City, California. As the economy continues to falter and Japan recovers from the earthquake and tsunami, demand and prices of used cars have risen 30 percent over the past year. (Photo by Justin Sullivan/Getty Images)
Justin Sullivan—Getty Images

Online marketplaces for used cars have been in a renaissance over the last few years with a host of new classified auto sites popping up and grabbing venture capital dollars. One of these startups is Beepi, a nearly two-year-old startup that wants to grab a piece of the $106 billion dollar used car industry.

On Thursday, Beepi revealed that it raised $70 million in new funding in late 2015 led by China’s largest domestic automaker, SAIC Motor Corporation. SAIC makes and sells passenger and commercial vehicles in China as well as auto parts and engines. Outside of manufacturing, the company also provides services including logistics and auto financing.

Instead of merely charging a fee for listings, Beepi visits a seller’s home to inspect the car and certify that its meets certain criteria. Cars must have less than 60,000 miles, be less than six years old, and have had no more than three owners. The startup then helps buyers to set a price and then lists the car for them on Beepi’s site along with on other car sales sites like eBay Motors.

After the car is sold, Beepi arranges for the transfer of title and delivers the car to its new owner. Beepi doesn’t charge a flat fee, but instead takes a cut on sales from buyers.

Beepi faces challenges from rival car sites like eBay Motors and Carmax, both of which have longer track records in used car sales. It also competes with fellow fledgling used car startups including Shift and Carvana.

Beepi began raising a “monster” new round in May, the Wall Street Journal reported, citing Resnick. He said in the article that the company was raising around $300 million in new funding at a rumored $2 billion valuation, up from a previous valuation of $200 million in 2014.

Unfortunately, explained Resnick to Fortune, in the midst of trying to find investors, the fundraising market became embroiled in “turmoil.” Instead of the $300 million initially targeted, Beepi raised $70 million from SAIC and other investors. Resnick declined to comment about the company’s valuation in its latest round. The funding brings Beepi’s total investment to $150 million.

For more on unicorns, watch:

SAIC, which has made seven investments in technology startups, wanted to back a used car company in the U.S. and was looking for a “fresh take on how to change the used car model,” according to Anish Patel, a senior investment director at the company. Resnik added that while Beepi only sells cars in the U.S., China could be a future area of expansion.

Used car sales are a fast growing segment in China. According to China’s Automotive Dealers Association, used car sales were expected to double in volume to $11 billion in 2015.

“For us, this was a vote of confidence,” Resnik said about the investment. Foundation Capital, Sherpa Ventures, and Redpoint Ventures also participated in the round.