Get $500K For Your Startup By Moving to Ohio 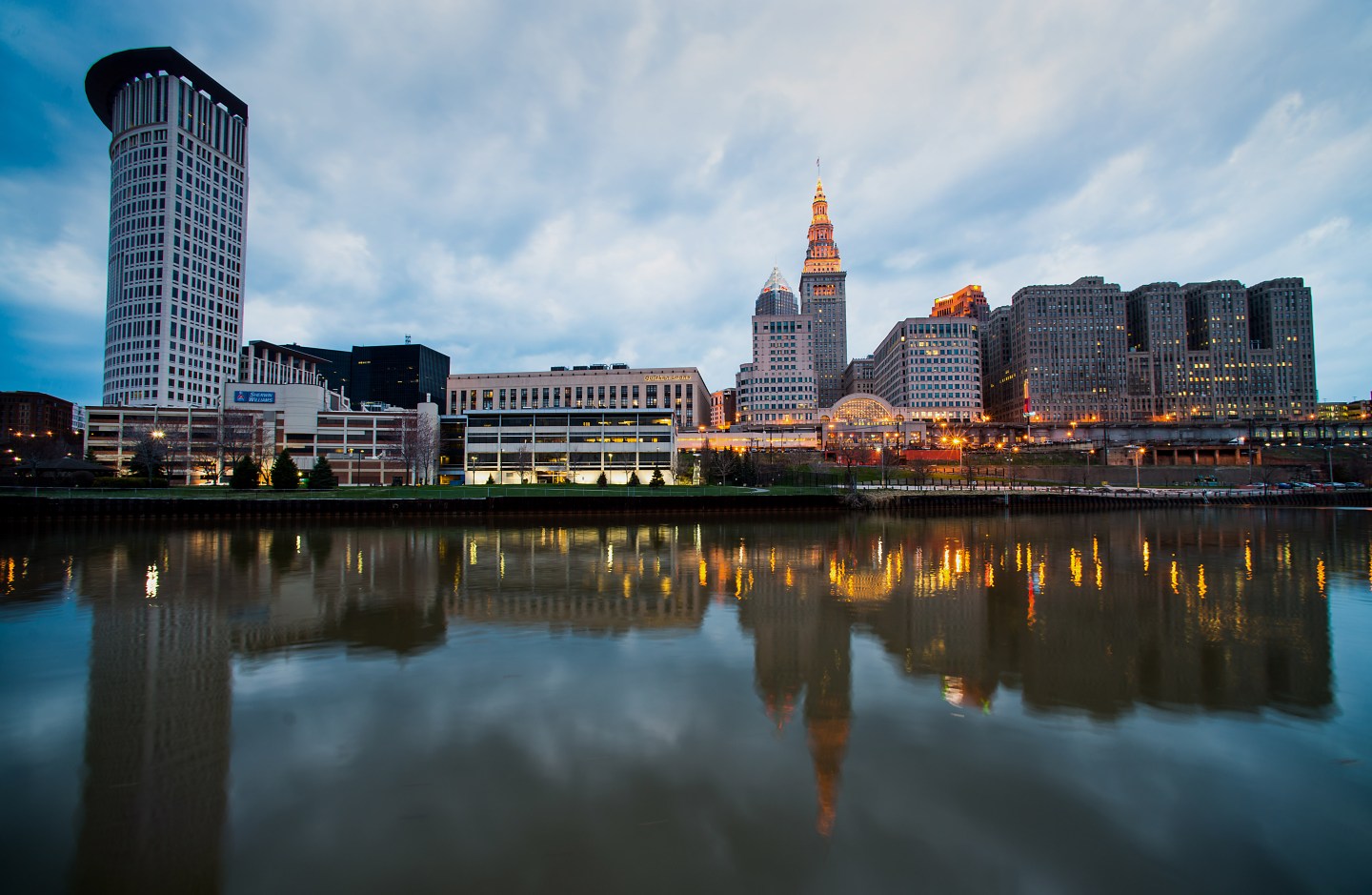 Buildings standing in the downtown skyline are reflected in the Cuyahoga River in Cleveland, Ohio, U.S., on Saturday, April 12, 2014. Demand for manufactured products in Cleveland grew at a slow rate as building contractors reported that pipelines remained active while field work slowed, according to an April 16 U.S. Federal Reserve report. Photographer: Ron Antonelli/Bloomberg via Getty Images
Photograph by Ron Antonelli — Bloomberg via Getty Images

A nonprofit group is reportedly giving $500,000 to females and minorities who move their startup headquarters to Ohio.

JumpStart has created a $10 million seed fund to invest in burgeoning tech companies led by groups underrepresented in the industry, according to CNNMoney. The organization is specifically searching for women and minority-led companies in their early stages with five employees or less.

JumpStart plans to invest in about 20 companies in three years, the first of which will be sometime within the next few months. The group will provide $250,000, to be matched by the state of Ohio, and will take an undisclosed amount of equity in the startups as well.

“We do require them to move to Ohio, but they don’t have to stay for any particular period of time,” JumpStart CEO Ray Leach told CNNMoney. “Having said this, we believe once they come to Ohio they will not see any need to leave.” He added that there are vibrant entrepreneurial ecosystems in the state’s metro areas—particularly Cleveland, Cincinnati, and Columbus—which Ohio has spent almost $500 million to cultivate in the past five years.

Cleveland-based JumpStart has invested in 85 young tech firms in Ohio since it was established in 2005, over a third of which were founded by women or minorities. It’s now moving past Ohio to “accelerate opportunity for women and minority entrepreneurs” on a national scale. Leach says he wants JumpStart to set an example for the rest of the venture capital industry and start a diversity “ripple effect” across the country.