Why Atlantic City’s Mayor Says the Place May Go Bankrupt 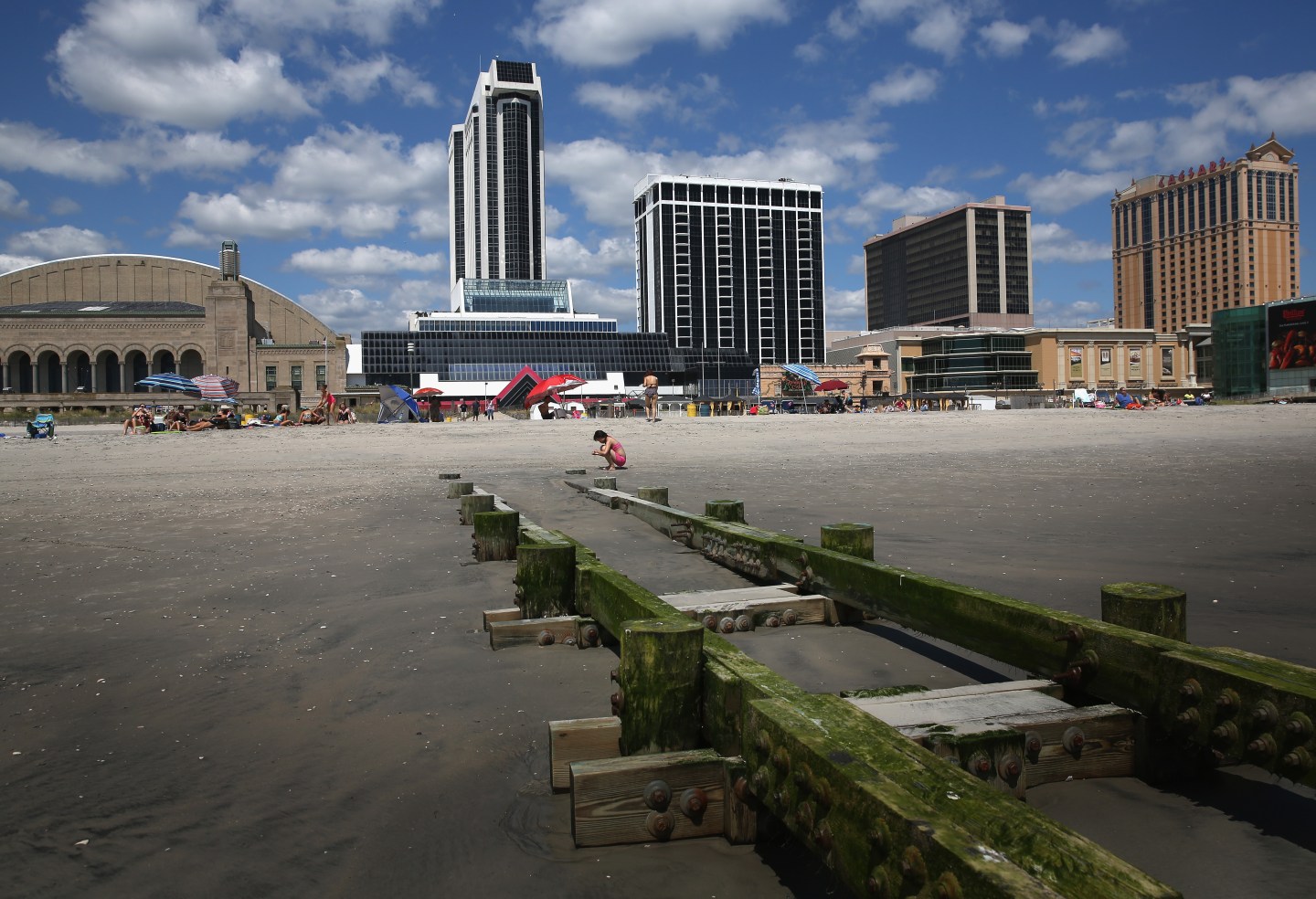 ATLANTIC CITY, NJ - AUGUST 28: A child looks for shells on the beach in front of the closed Trump Plaza hotel on August 28, 2015 in Atlantic City, New Jersey. After new casinos opened in neighboring states, four of Atlantic City's top casinos closed in 2014, laying-off some 8,000 workers. The closures brought Atlantic City's unemployment rate to more than 11 percent, double the national average. The mass unemployment has produced the highest foreclosure rate of any metropolitan U.S. area, with 1 out of 113 homes now in foreclosure in Atlantic County. (Photo by John Moore/Getty Images)
Photograph by John Moore—Getty Images

Atlantic City’s mayor said on Tuesday that bankruptcy was “back on the table” after New Jersey Governor Chris Christie vetoed legislation considered essential to the distressed gambling hub’s tax base and cash flow.

“If the state is not able to come up with the funding we need within the next few weeks, we will have no choice but to declare bankruptcy,” Mayor Don Guardian said in a statement.

The legislation called for casinos to make fixed payments in lieu of taxes and would have added a measure of stability to the city’s rapidly shrinking property tax base.

Lawmakers first passed it in June. Nearly five months later, Christie vetoed it but said he would consider signing it with certain changes he required.

The Democratic-led legislature then amended the measure, which was part of a package of bills, passed it, made yet more changes and passed it again. Christie, a 2016 Republican presidential candidate, also declined on Tuesday to sign the other bills in the package.

The city’s emergency manager, Kevin Lavin, who was appointed by Christie a year ago, said in a report on Friday that without the revenues generated in the package, the city’s cash flow would run dry by April.

Legislative leaders, who have proposed a takeover of the city, will have to reintroduce the bills if they want to keep pushing for them.

Democratic Assemblyman Vince Mazzeo, whose district includes Atlantic City, said in a statement that Christie’s vetoes showed a “brazen disregard” for Atlantic City’s fiscal recovery and added he would move forward on measures to restore the region’s economic security.

Asked why Christie vetoed the bills, the governor’s office referred to comments he made on Saturday when he was campaigning in Iowa.

“If I don’t think the total package makes sense, I won’t (sign it),” he said, according to the remarks. He has been discussing “some accommodation on this” with Senate President Steve Sweeney and other legislative leaders.

Sweeney, a Democrat, originally championed the legislation but is now pushing for a takeover of the city’s operations.

“We cannot afford to let Atlantic City go bankrupt,” Sweeney said in a statement. “The best way out is for the State of New Jersey to take control of Atlantic City’s finances and the best way to do it is to act quickly.”