Why Bernie’s Campaign Is Deja Vu for Hillary Clinton 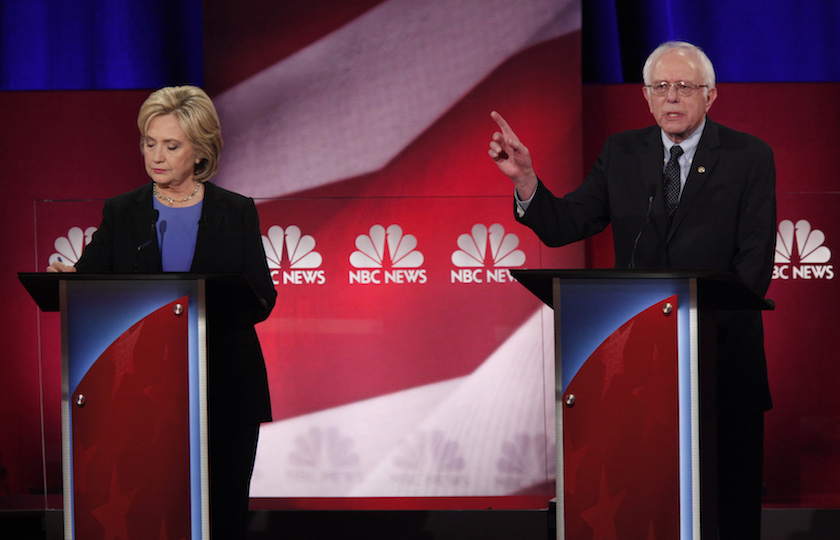 A well-oiled, well-moneyed Clinton machine. A general feeling among political commentators that the Democratic primaries were simply a formality on the way to Hillary Clinton’s attempt to become the US’s first woman president. A left wing outsider who captures the attention of the young people and progressives tired of Democratic establishment.

Sound familiar to anyone?

For political observers, the 2016 Democratic nomination process is starting to look eerily similar to the one that unfolded in 2008, much to the chagrin of Clinton loyalists and likely many Democratic insiders.

Essentially, Clinton has been outflanked on her left and outworked on the ground, just like she was in 2008 when Barack Obama, a first term Senator who most thought would have been well-served to wait another election cycle, beat her in Iowa and eventually won a long, bitter nomination battle.

The New York Times notes that Clinton has acknowledged that she may be in for a long fight, but its unlikely she imagined when she announced her candidacy last year that she could be in a position to lose both Iowa and New Hampshire, especially not to Bernie Sanders.

The Times also notes that when it comes to tactics, especially in Iowa, Clinton’s campaign has just been no match for Sanders’:

For all its institutional advantages, the Clinton campaign lags behind the Sanders operation in deploying paid staff members: For example, Mr. Sanders has campaign workers installed in all 11 of the states that vote on Super Tuesday. Mrs. Clinton does not, and is relying on union volunteers and members of supportive organizations such as Planned Parenthood to help her.

Clinton lost Iowa in 2008 partly because she was flat out outcampaigned by Obama. In December 2007, the Washington Post noted that Obama was using new tactics like e-mail and Facebook to mobilize voters, while Clinton ran a much more traditional campaign.

Then there is the policy aspect. In 2008, Obama struck at Clinton’s establishment status, promising the now cliche line of “hope and change.” Sanders is also attacking Clinton from the left, though with a much meatier set of principles. In an election cycle where populism seems to be winning the day (see: Trump, Donald) Sanders is offering the progressive version of it. He is criticizing the Affordable Care Act and championing universal single-payer healthcare, even if that means a tax hike for some middle class families. Clinton, meanwhile, is arguing to sticking with the current system, which many on the left see as too deferential to insurance companies.

Hillary Clinton may well still win this primary, and potentially the presidency. She is still leading nationally and in a number of states. If momentum turns against her and it’s Sanders making an acceptance speech at the Democratic National Convention this summer, though, she’ll likely be thinking that history has truly repeated itself.