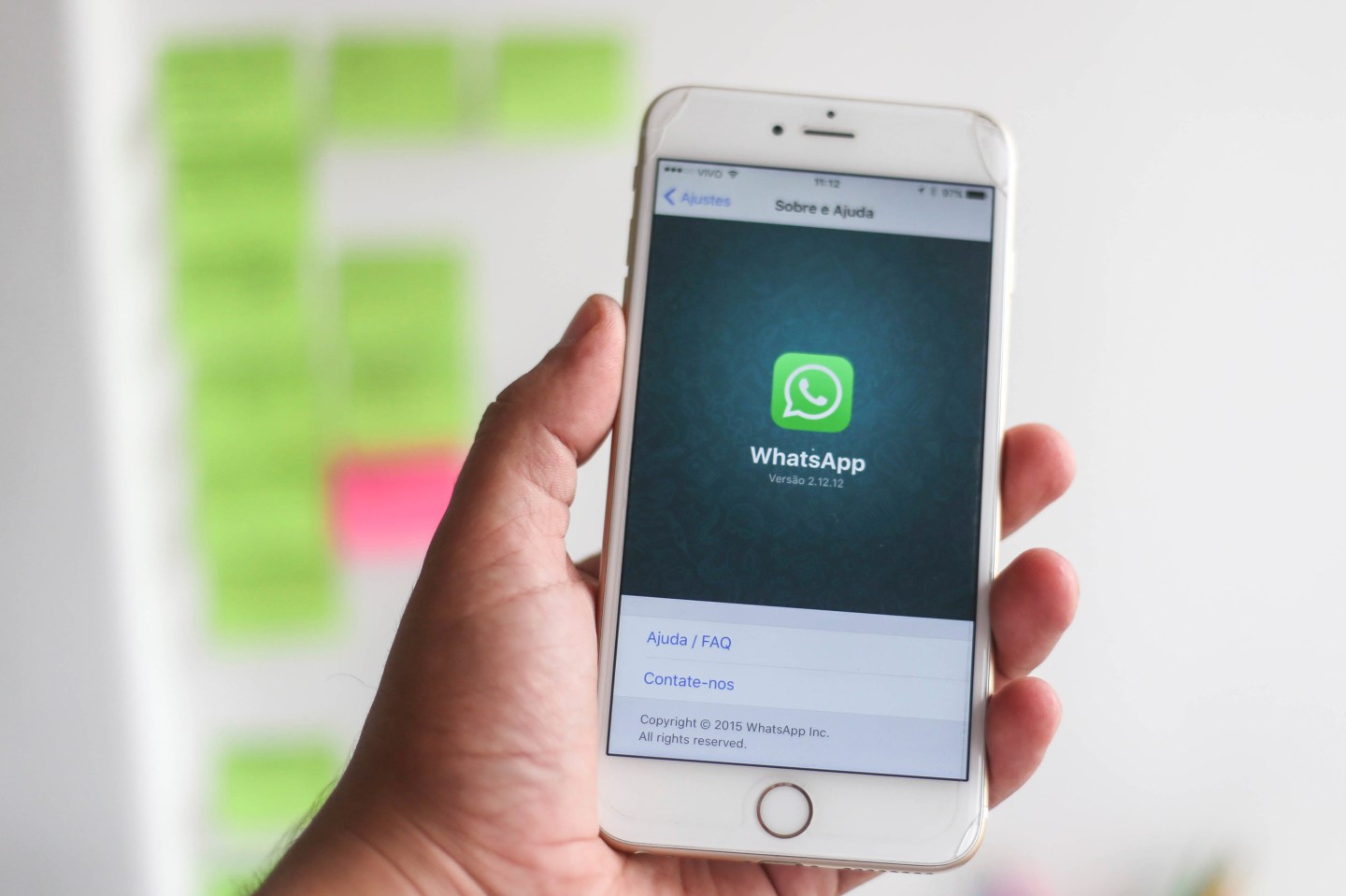 SAO PAULO, BRAZIL - JANUARY 18: A man holds a smartphone on January 18, 2015 in Sao Paulo, Brazil. At a conference in Munich, Germany the founder of WhatsApp, Jan Koum, confirmed that the most popular messages service in the world will definitely become free. (Photo by William Volcov/Brazil Photo Press/LatinContent/Getty Images)
William Volcov—Brazil Photo Press/CON LatinContent via Getty Images

WhatsApp is returning to its roots.

The popular chat app is ditching the annual subscription fees it charges new users, the company said Monday in a blog post. For the first time in three years, the service will be—and remain—free to use.

“For many years, we’ve asked some people to pay a fee for using WhatsApp after their first year. As we’ve grown, we’ve found that this approach hasn’t worked well,” the company said. “Many WhatsApp users don’t have a debit or credit card number and they worried they’d lose access to their friends and family after their first year. So over the next several weeks, we’ll remove fees from the different versions of our app and WhatsApp will no longer charge you for our service.”

The service, bought by Facebook (FB) for $22 billion in 2014, has nearly 1 billion users to date. People who downloaded the app prior to its adoption of a recurring fee model in 2013 were grandfathered in, able to continue using the app free of charge. Anyone who downloaded it after that time had to pay $0.99 after the first year.

“It really doesn’t work that well,” said Jan Koum, the service’s founder, on the app’s pricing during a conference in Munich, Germany, on Monday, Recode reports. “We just don’t want people to think at some point their communication to the world will be cut off.”

For more on WhatsApp, watch:

Despite nixing the source of revenue, WhatsApp has recommitted to its ad-free policy. Instead, the service “will test tools that allow you to use WhatsApp to communicate with businesses and organizations that you want to hear from” as an alternative to selling user data to advertisers, the company said.

Like Facebook Messenger, another Facebook-owned messaging app, WhatsApp is betting that its service can be a vibrant platform for transactions of all sorts, including ordering cabs from Uber or connecting customers with other companies. It’s a strategy that Asian messaging apps, like Tencent’s (TCEHY) WeChat, have implemented with success.

People who previously paid for WhatsApp will not receive a refund.