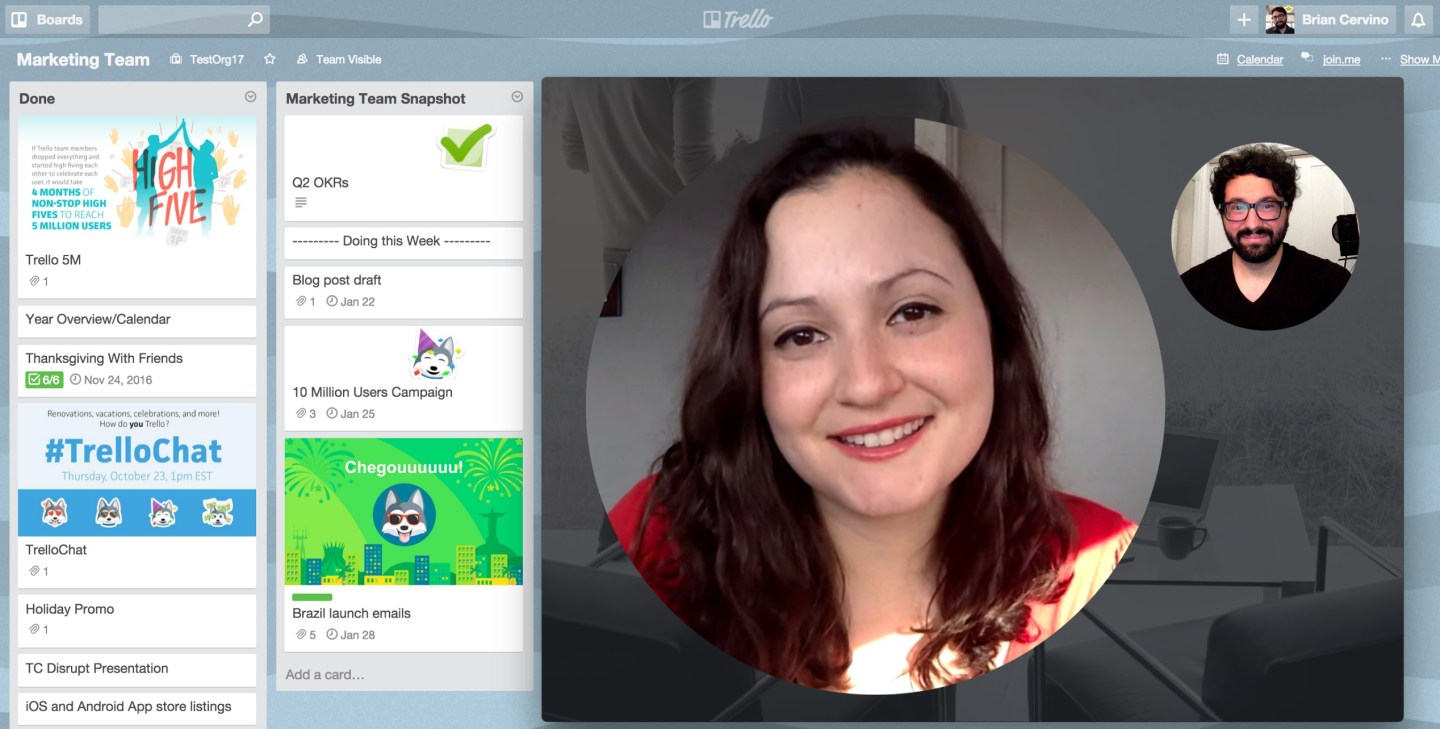 Business software startup Trello recently reached a milestone by passing 12 million users on the way to its short-term target of 20 million by the end of 2016. In the long-term, the company hopes to reach 100 million users at some unspecified point in the future.

Like a growing number of collaboration companies including Slack, Trello believes the best way to increase use of its service is by creating links between it and other popular or widely used software apps. The company is doing this through official partners—you can add customer service pioneer Zendesk, research tool SurveyMonkey, and conferencing system join.me to a growing list that already includes the likes of Box, Github, Google Drive, Salesforce, and Slack.

But Trello doesn’t have the resources to work with every developer. To that end, the New York-based company on Tuesday published programming tools that let software developers connect their services—both those sold widely and those written specifically for internal company use—with Trello’s project planning tools. (You can find more information here.) “The idea is to build a horizontal tool that anyone can use,” said Trello co-founder and CEO Michael Pryor.

The connection with SurveyMonkey, for example, feeds poll results into the Trello system, where teams can share and discuss the data more easily. The join.me application, meanwhile, enables collaborators to start video conference calls that relate to projects being managed in the Trello system.

Trello is like a digital whiteboard that lets teams comment on projects and record progress toward specific tasks. The software was originally written by Fog Creek Software, which spun the tool out in July 2014 with $10.3 million in funding from Spark Capital and Index Ventures.

The company doesn’t disclose its customer numbers, but teams at Adobe, FreshDirect, Google, Kickstarter, and PayPal use Trello.

Trello’s quest to turn its software into a central dashboard for corporate collaboration echoes similar initiatives. Slack, for one, will invest up to $80 million in startups building apps that link to the Slack messaging system. Box, meanwhile, has friended IBM, Salesforce, Microsoft and other business companies as part of an effort to position its cloud document management service as a resource for automating all manner of workplace processes.

There’s a big caveat to Trello’s partnership strategy. To take advantage of the sorts of links that it is pushing, businesses must use the paid edition of Trello’s software, which costs $10 per user per month.