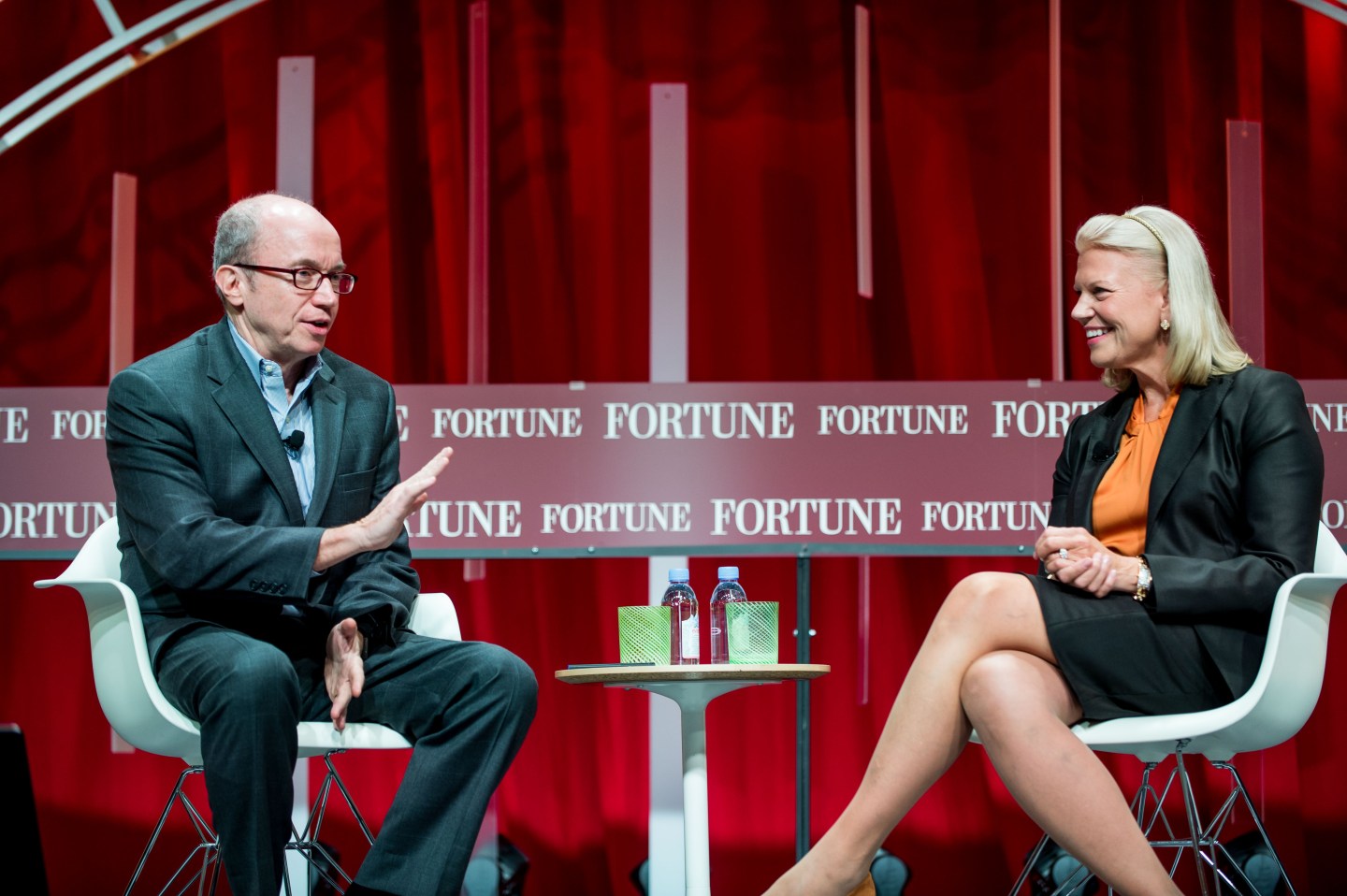 Trying to accentuate the positive, IBM’s “strategic” businesses of cloud, analytics, mobile, social and security brought in $29 billion in annual revenue and now comprise 35% of the company’s overall, revenue IBM CEO executive Ginni Rometty noted in a prepared statement. Those key businesses made up 27% of IBM’s revenue mix last year.

To goose that number, IBM made several acquisitions in 2015. Three purchases—CleverSafe, ClearLeap, and Gravitant—aimed to bolster its cloud business, especially in hybrid cloud where customers mix technology running in their own server rooms with resources running in a cloud operated by Amazon, IBM, or Microsoft (MSFT).

IBM, along with long-standing tech rivals like Hewlett-Packard (HPQ) finds itself having to support older, less glitzy technologies that customers still rely on while also having to build or buy its way into new fields. Chief among those new areas is public cloud computing, whereby Amazon Web Services, for example, runs massive pools of computing, storage and networking infrastructure that customers can rent.

Move over weatherman, IBM is here

That requires huge investment, which is difficult for any company that also has to keep funding the support of older technologies. Unix is a case in point. At several points during Tuesday’s IBM call, chief financial officer Martin Schroeter noted that IBM continues to support Unix, an operating system that’s been around for decades. The Unix business is declining but remains a “high value space,” Shroeter said.

Newer age competitors like Amazon (AMZN) and Google (GOOG) don’t have to worry so much about supporting older technologies because they are focusing on new, “born to the web” applications.

Analysts on the call registered concern about IBM software revenue, which fell 11% to $6.8 billion compared to the year-ago quarter. Schroeter said that customers are moving more to a subscription model for software rather than buying it all up front. Renewal rates there are high, he said while acknowledging that this remains a small part of IBM’s overall software sales.

And he noted that IBM’s nascent Watson analytics business, including the new Watson Health initiative have a strong subscription component that will juice software numbers, but provided no other details.

There were other signs of rough waters ahead as well. Most notably, on the call, IBM said it expected earnings per share of “at least” $13.50 next year while the consensus analyst estimate had been $15.00 EPS.