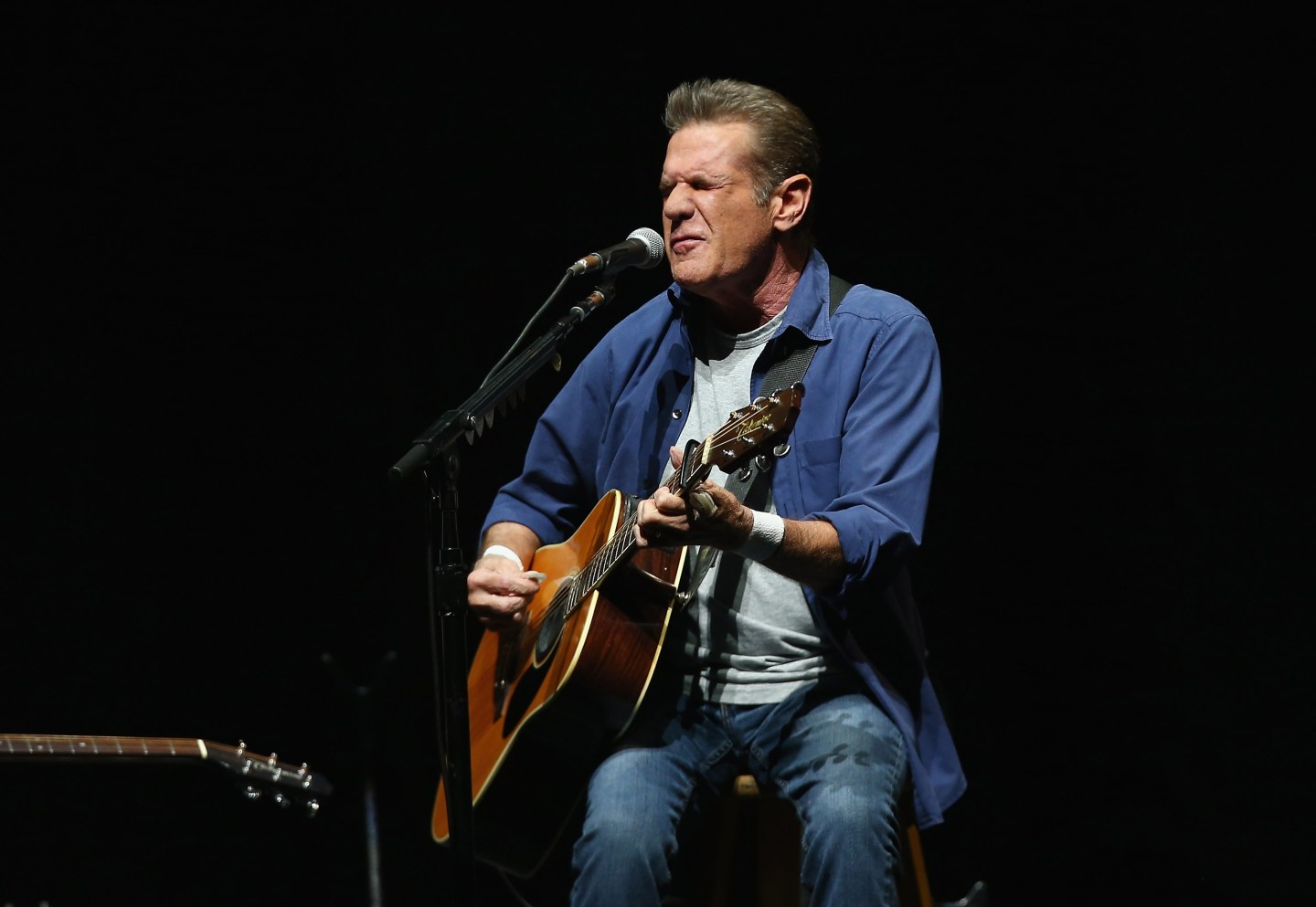 2016 is less than a month old and the number of entertainment legends we’ve lost is already unacceptably high.

Monday’s announcement of Glenn Frey’s passing rocked the music world, which was still struggling to deal with the recent death of David Bowie. And like Bowie, it was a departure most of the general public had no idea was looming.

Frey, a founding member of The Eagles, died after battling a number of recent health issues. And, as follows the passing of many influential musicians, fans have been snapping up albums and other industry notables have been sending public condolences.

Glenn Frey, you will be sorely missed. Thank you for all you gave us.

So saddened and shocked by the loss of Glenn Frey. Thank you for the music that paved the way for so many others.

In honor of the late Glenn Frey, one of my favorite Eagles songs. RIP my friend! https://t.co/BHajqBkPdL

As was the case following Bowie’s death, Frey’s passing has given a boost to Eagles albums on iTunes, with three greatest hits albums moving into the list of the Top 10 best selling albums. Demand for the album does not appear to be overwhelming, though. (The 1971-1975 Greatest Hits compilation is currently ranked #2 on iTunes.)

That means it’s unlikely the Eagles will reclaim the all-time sales record, which that album held until the death of Michael Jackson, which moved Thriller into the lead.

The praise for Frey’s work is certainly deserved, but it comes with a tinge of irony, since so many people once claimed to hate the music of The Eagles, which was so influenced by him. Prominent critics laid out detailed cases against the band and fans and non-fans often vigorously debated the band, not for the music itself, for its philosophies and corporate leanings.

That didn’t stop sales of the records, though. Their Greatest Hits (1971-1975) holds a 29x Platinum certification from the RIAA.

His record of achievement

While it’s impossible to overstate the importance of any member of The Eagles, Frey was a critical component of the group. He wrote or co-wrote many of their biggest songs, including “Tequila Sunrise.” He played lead and rhythm guitar (as well as keyboards). And his distinctive voice either fronted (as it did in “Peaceful, Easy Feeling”) or provided harmony on most of the group’s major hits.

Frey was also a very successful solo artist, with hits including “You Belong to the City” and “The Heat is On” and had a run as an actor in the 80s, with a memorable series of appearances on Miami Vice.

The Eagles have sold more than 100 million records worldwide and were inducted into the Rock and Roll Hall of Fame in 1998.

Frey’s passing comes on the heels of Bowie and the late 2015 death of Motorhead frontman Lemmy Kilmister. In the past month, the entertainment world has also lost actors Alan Rickman and Dan Haggerty.

Correction: An earlier version of this story incorrectly stated that “Tequila Sunrise” was one of Frey’s solo hits. He co-wrote the tune with Don Henley and the Eagles recorded it.