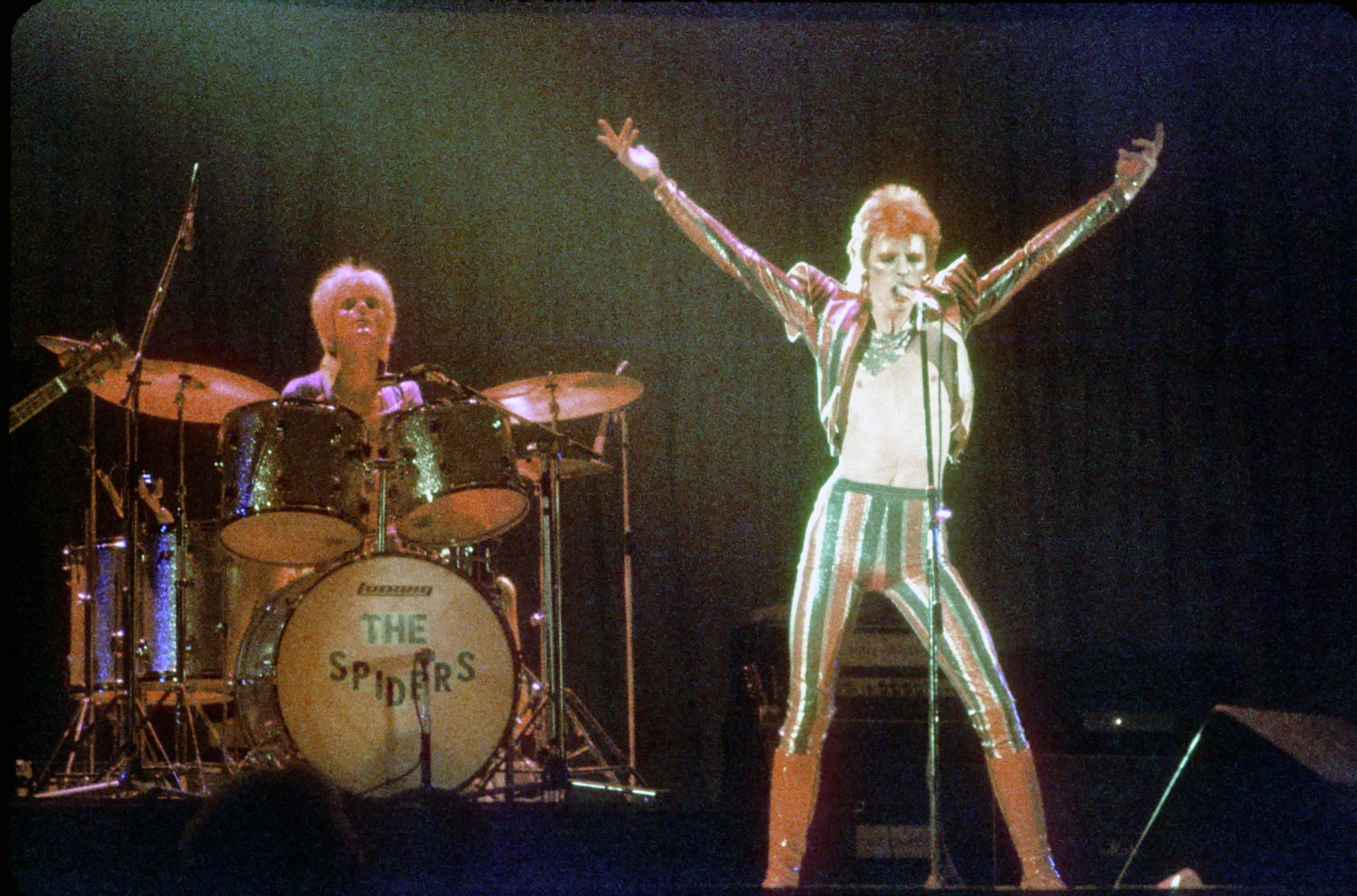 Over nearly five decades, Bowie reinvented himself (musically, artistically, aesthetically) countless times on his way to becoming an icon whose work still reverberates with several generations of listeners. As Fortune has noted, in addition to his musical genius, Bowie also showed an impressive aptitude for predicting the seas of change in a music industry. He transformed himself several times from when he launched his debut album, 49 years ago, to his final studio entry, Blackstar, which he released just last week on Bowie’s 69th birthday.

From Ziggy Stardust to Aladdin Sane to The Thin White Duke, Bowie’s constant reinvention helped him maintain a thriving career that continued to resonate with fans, old and new, through each stage of his life (not to mention what already appears to be a healthy afterlife). Below, find several numbers that represent highlights from the long career of a musical icon:

26: The number of studio albums Bowie released over a career that spanned almost five decades, starting with his eponymous debut in 1967, David Bowie, and ending with Blackstar, which was released just days before his death through Sony(SNE) labels RCA and Columbia Records.

$230 million: David Bowie’s estimated net worth at the time of his death, with proceeds from his prolific music and acting careers contributing to his fortune.

9: The number of Bowie albums that topped the U.K. charts in his career (he reached the top spot in the U.S. five times), with his first being 1973’s Aladdin Sane. That number could soon change, though, with sales of his final entry, Blackstar, skyrocketing. The album was already selling well in the U.K. in its first weekend after receiving plenty of critical praise, according to Official Charts Company, with a tally of 43,000 copies sold as of Monday afternoon since its Friday debut. Meanwhile, Reuters notes that Blackstar was also the top-selling album in Apple’s (AAPL) U.S. and U.K. iTunes stores on Monday, while it also ranks atop Amazon’s (AMZN) U.K. website.

2,700: That’s the percent by which streaming of Bowie’s catalog of songs increased on Spotify on Monday, following news of the icon’s death, according to the streaming music service.

$55 million: The amount Bowie pocketed in 1997 for selling the rights to future royalties for his back catalog of songs. As Fortune has noted, it was a prescient move by the musician that came only a few years before Internet distribution disrupted the music industry’s traditional business model. Bowie, ever the forward-thinking businessman, was also one of the first in the industry to foresee the effect online music would have on artists’ royalties, saying in 2002: “The absolute transformation of everything that we ever thought about music will take place within 10 years, and nothing is going to be able to stop it.”

$100,072: The total box office haul for the first feature film starring Bowie in a lead role, 1974’s The Man Who Fell to Earth. The sci-fi film did not fare well in theaters, but Bowie’s (basically typecast) role as an alien visitor to Earth stands out as one of the most memorable in a wide-ranging acting career. Other notable film roles for Bowie over the years included Jareth the Goblin King in 1986’s Labyrinth as well as his portrayal of historical figures ranging from Andy Warhol to Pontius Pilate. His highest-grossing film was 2006’s The Prestige, which made $109 million in global box office sales and featured Bowie portraying scientist Nikola Tesla. (He also delivered a memorable cameo as himself for 2001 comedy Zoolander, in which he judged the ridiculous “walk-off” between Ben Stiller’s title male model and his rival, Owen Wilson.)

1: David Bowie only won one competitive Grammy Award over the course of his illustrious career—in 1985 for the video for his song “Blue Jean.” He later won a Grammy Lifetime Achievement Award, in 2006. Bowie was also nominated for a Golden Globe award in 1983 for writing (along with Giorgio Moroder) the title song for the film Cat People.

29: Bowie’s placement on the BBC’s 2002 poll ranking the 100 Greatest Britons, placing him behind politician and abolitionist William Wilberforce and just ahead of Guy Fawkes, the revolutionary who tried to blow up parliament.

1993: Nirvana covered Bowie’s “The Man Who Sold the World” for MTV’s Unplugged performance series. The hugely popular band’s acoustic version of Bowie’s 1970 song was featured on the performance’s live-recorded album that sold more than 25 million copies. Nirvana frontman Kurt Cobain was just one member of the younger generations of artists who have drawn inspiration from Bowie and his work over the years—a long list that boasts as members best-selling artists from Madonna to Kanye West.

1996: The year Bowie earned induction into the Rock and Roll Hall of Fame.

2004: The last year that Bowie toured. The Thin White Duke abruptly ended his 2003-2004 “A Reality Tour” after suffering a heart attack and vowed at the time to stay off the road forever. Bowie’s 1987 “Glass Spider Tour” was one of the highest-grossing tours of the 1980s, pulling in a reported $86 million. A tribute concert next month at Carnegie Hall in New York City, originally planned to celebrate Bowie’s birthday and latest album, will now go on as schedule with performances by the Roots, Cyndi Lauper, and the Mountain Goats, among other acts.