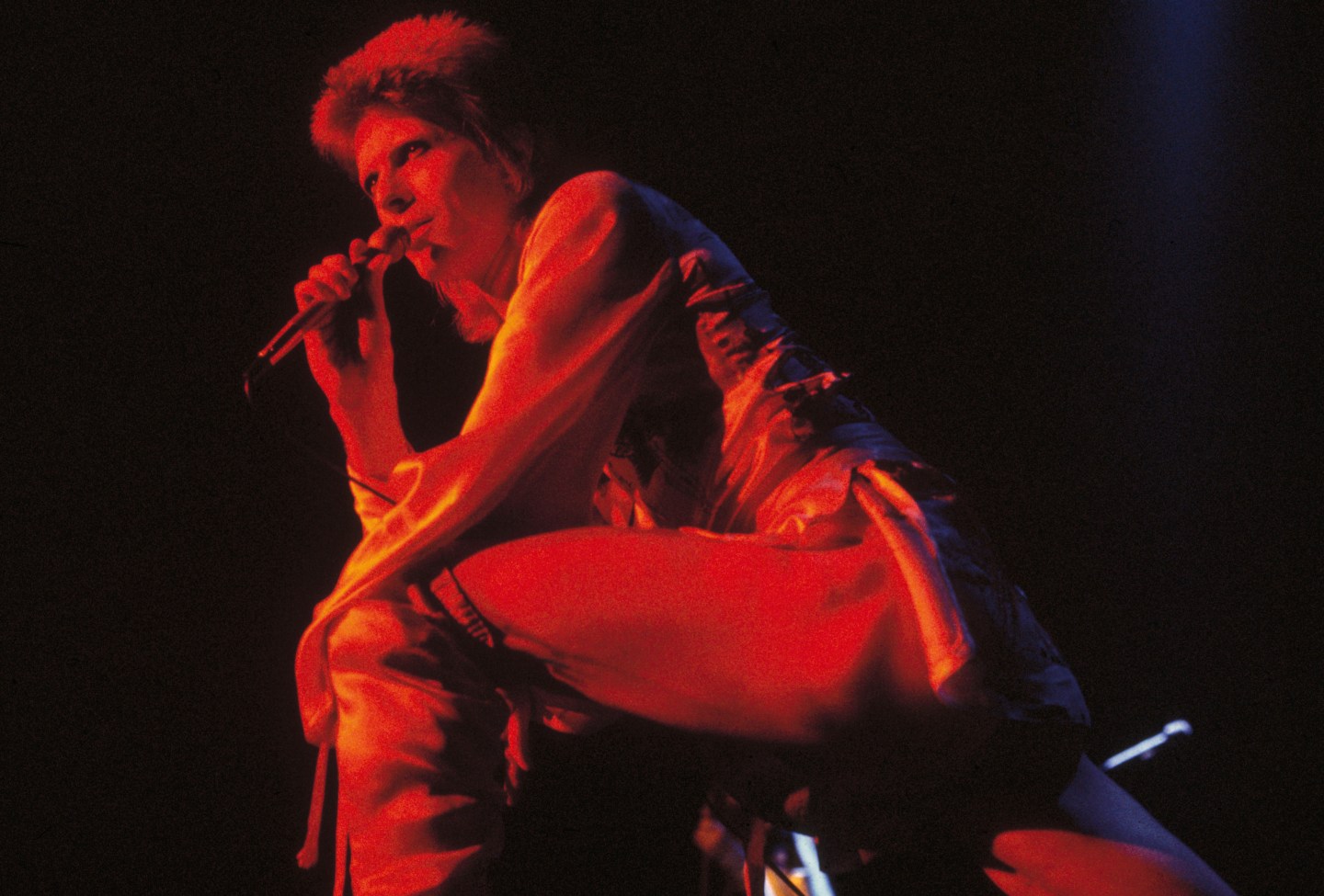 This article is published in partnership with Entertainment Weekly. The original version can be found here.

David Bowie, the legendary British rocker who spent the entirety of his career mixing genres and experimenting with theatricality, has died after a battle with cancer. He was 69 years old.

“David Bowie died peacefully today surrounded by his family after a courageous 18 month battle with cancer,” read a post on the artist’s Facebook page on Sunday night. “While many of you will share in this loss, we ask that you respect the family’s privacy during their time of grief.”

His son, Duncan Jones, confirmed the news on Twitter.

Bowie celebrated his 69th birthday on Friday by releasing Blackstar, his beautifully dark and twisted 26th studio album, which EW called in its review “an all-senses headphone surrender to the sound of an artist who is older and almost definitely wiser but still fantastically, singularly himself.”

RELATED: How David Bowie reinvented himself on Blackstar

Born David Robert Jones, he released his self-titled debut album in 1967 but didn’t make his first big impact on the music world until 1969, when his single “Space Oddity” (from the album of the same name) became a worldwide hit. Bowie took his roots in folk rock and blew them open for “Space Oddity,” dressing up his simple strumming in ambient effects and a compelling sci-fi narrative that echoed the then-current fascination with space travel (it’s no coincidence that “Space Oddity” became a smash hit the same month that Buzz Aldrin and Neil Armstrong became the first men to walk on the moon).

Bowie’s fascination with space was always floating in the back of his mind, but he was never content to hang in one musical space for long. He was at his most prolific and eclectic in the 1970s, where he laid the ground work for glam rock (1970’s The Man Who Sold The World), put together a handful of brilliantly compelling concept albums that found him assuming other characters (1972’s The Rise and Fall of Ziggy Stardust and the Spiders From Mars, 1973’s Aladdin Sane, 1976’s Station to Station), and collaborated with Brian Eno on “The Berlin Trilogy” (1977’s Low and Heroes, 1978’s Lodger), a bold triptych of explorations into synthesizers and electronic music whose influence ran wide and deep.

Though his output slowed in the ’80s, Bowie continued to experiment. He became a mainstream dance pop sensation for the first time with the single “Let’s Dance,” which topped the charts in nine different countries. He later formed a hard rock combo called Tin Machine for a pair of albums, and found a collaborator in guitarist Reeves Gabriels that informed the remainder of his recorded work.

The 1990s were Bowie’s least prolific period, but also his most jarring stylistically. He re-teamed with Ziggy Stardust-era bandmate Mick Ronson for the mellower Black Tie White Noise, then toyed with Nine Inch Nails-esque industrial crunch for 1995’s Outside (he even toured with Nine Inch Nails founder Trent Reznor for that album). In 1997, Earthling saw him experimenting with various dance genres; he even hosted his own touring festival that featured a mixture of electronica artists and rock bands.

All the while, Bowie’s interest in film never wavered, both as an actor and behind the scenes. His first prominent role was as an alien in Nicolas Roeg’s 1976 surrealist sci-fi classic The Man Who Fell To Earth. His bottomless well of on-screen charisma served him well in memorable roles in a number of other films, including his turn as Jareth the Goblin King in the Jim Henson-produced Labyrinth, as Andy Warhol in the art world biopic Basquiat, and as Nikola Tesla in the underrated Christopher Nolan stage magic thriller The Prestige.

Bowie’s contributions to culture are as great as his hunger to be on the cutting edge: He set up a web portal well before most musicians were online, and once sold bonds that allowed investors to bet on profits from future song royalties (a project that netted him $55 million and allowed him to buy back some of his own catalog owned by a former manager). His artistic adventurousness (he has also influenced fashion and painting as well as music and film) inspired millions to open their minds, and his thirst for innovation made him a trendsetter for the duration of his career.

David Bowie was inducted into the Rock and Roll Hall of Fame in 1996. He is survived by a son (film director Duncan Jones, who he had with first wife Mary Angela Barnett; the two divorced in 1980) and a daughter (Alexandria Zahra Jones, whose mother is model Iman, Bowie’s second wife, who he married in 1992).