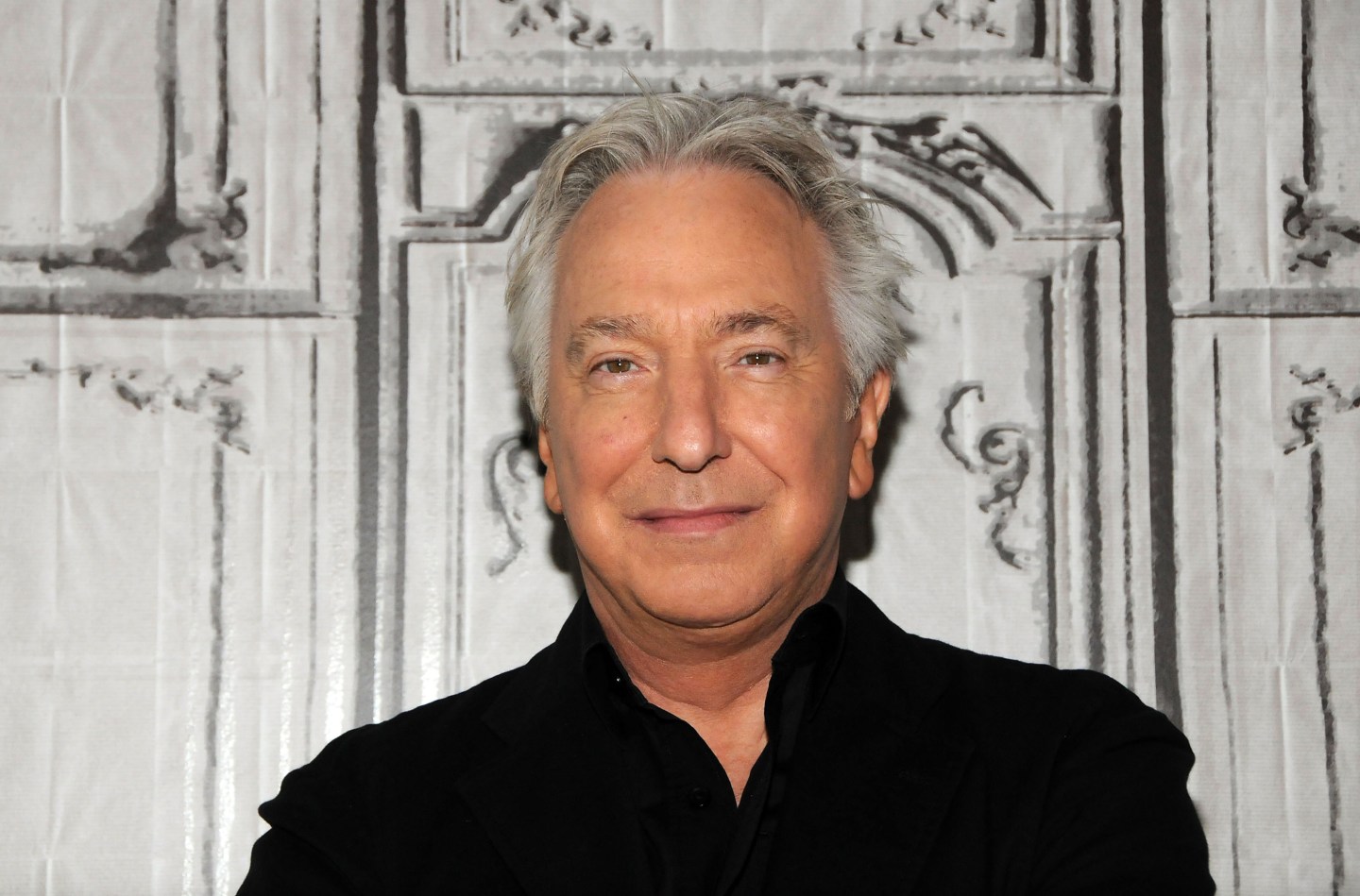 British actor Alan Rickman died Thursday at 69. Known for his deep, distinctive voice and his success playing a range of villainous and comedic roles, he leaves behind a legacy that includes a long string of roles in blockbuster films.

To at least one generation of fans, Rickman will be remembered for the darkly creepy character of Professor Severus Snape from J.K. Rowling’s Harry Potter series. Rickman portrayed Snape in all eight film adaptations, which went on to earn a cumulative $7.7 billion at the global box office for Warner Bros. (TWX), according to Box Office Mojo. The series’ biggest box office success, 2011’s Harry Potter and the Deathly Hollows Part 2, made $1.3 billion in global ticket sales on its own and was easily the highest-grossing film in which Rickman appeared over a career that spanned nearly four decades.

But Rickman was far from a one-note actor. His first movie role, 1988’s Die Hard, featured his iconic villain, Hans Gruber, whom he imbued with a mix of erudition and ominous menace that became a hallmark of his future evil roles. Rickman also succeeded in comedies, such as 1999’s Galaxy Quest, as well as classical roles in theater and films such as Sense and Sensibility.

Here are his highest-grossing films not featuring a boy wizard:

Director Tim Burton's adaptation of the children's literature classic for Walt Disney (DIS) featured a mix of live-action and computer graphics. Rickman's voice talents were on full display in the film, as he voiced a CGI version of the hookah-smoking Blue Caterpillar. The movie grossed more than $1 billion worldwide, including a whopping $691 million overseas.

Continuing his early streak of memorably villainous roles, Rickman took on the part of evil foil to Kevin Coster's Robin Hood in this early 1990s Warner Bros. blockbuster. As sneering villain Sheriff George of Nottingham, Rickman stole the movie from Costner's hero with an over-the-top death scene. The movie was the second-biggest release of 1991 (behind Terminator 2: Judgment Day) and went on to gross over $390 million worldwide.f

This ensemble comedy from the U.K. has found new life as an unlikely holiday standard more than a decade after its release. Rickman plays a conflicted husband deciding between loyalty and temptation with his trademark grumpy humor. The movie, from Comcast's (CMCSA) Universal Pictures, pulled in nearly $250 million, most of it coming from international audiences.

In one of the most against-type roles of Rickman's career, the often dour British actor stepped into the shoes of affable U.S. president Ronald Reagan for director Lee Daniels' work of historical fiction. Rickman showed off some range in the non-starring role (even if critics didn't love the portrayal), and the film went on to gross $176 million globally.

Rickman showed off his singing voice in this musical adaptation that marked another pairing with director Tim Burton. The actor played antagonist to Johnny Depp's titular character as a local official who banished Todd and took away his family, inspiring a murderous revenge plot. The movie made $152 million worldwide.

We weren't going to make a list and not include Rickman's breakout role as one of the greatest movie villains of all time. The actor is frightening and captivating as Gruber from the moment he walks onscreen in a bespoke suit until the film's ending, where Bruce Willis' John McLane drops him from the 30th floor of the fictional Nakatomi building. Fox's (FOX) Die Hard made a total of $140 million in theaters and has spawned four sequels so far.