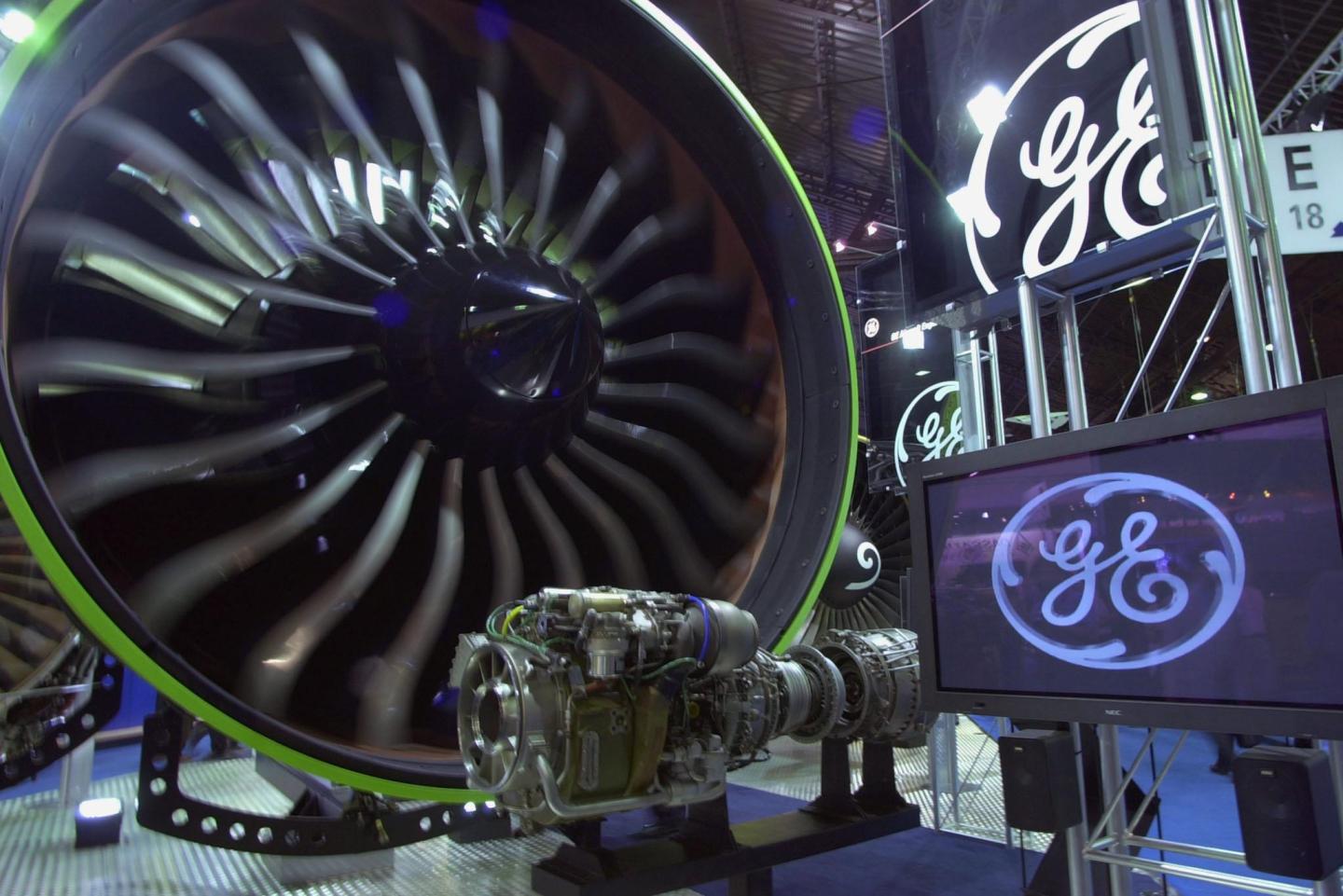 For large companies trying to keep up with the pace of innovation, the biggest challenge isn’t the competition. It’s adapting their sclerotic businesses to rapid change.

That’s the message from General Electric’s Global Innovation Barometer released on Tuesday. The annual survey asks business executives and members of what GE dubs “the informed public” about the biggest challenges facing companies amid a huge influx of digital information from the Internet and connected devices.

GE calls this new reality the Fourth Industrial Revolution. Others call it the Internet of things. Fortune has dubbed it the 21st Century Corporation.

It doesn’t matter what you call it, the fact of the matter is that rapid access to information changes how businesses make products and provide services. It also impacts how customers use what they buy. This used to be true only for traditional tech companies, but now it is true for all companies as technology becomes a bigger part more and more businesses.

A clearer picture emerges by digging further in the data. Companies are aware that they need to innovate. GE has taken the slightly dated phrase “fear of missing out,” or FOMO, and reapplied it to the corporate world as FOBO, or fear of becoming obsolete. More than four in five executives (81%) worry about being left behind as technology evolves faster than they can adapt, creating this “fear of becoming obsolete.”

One might think this would spur executives to action. Yet the survey’s results indicate that many big companies are trying to walk the line of catering to their existing businesses and customers while nurturing new lines of business for as long as they can without cannibalizing their existing ones. GE (GE) calls this “safer” innovation. The study reports that 57% of executives favor this “safer” approach, pursuing incremental innovation and protecting their core business.

For more on GE watch our video.

Bill Ruh, the chief digital officer at GE, says this fear and practice is seen most often in larger companies and those in established economies. In startups and emerging countries, executives and even governments are more open to disruption, risk, and innovation. Ruh says, they have less to lose.

But no company can afford to stand still. And as the head of GE’s efforts, he has advice for large organizations seeking to move from what he called Mode 1, the old way and old product lines, to Mode 2, which is a new way of doing business that is influenced by the digital world.

Ruh says the first mistake most companies make is that they build a new separate business line dedicated to the digital-focused Mode 2, and let that create new innovations. “But that’s no better off than a startup,” Ruh says. “It’s probably worse off because it’s hindered by bureaucracy and then it fails when it can’t get momentum.”

The other way companies tend to handle the innovation challenges is to take the best and brightest working in Mode 1 and put them on Mode 2 challenges. But they may not be the right people to handle the new set of challenges.

Instead, Ruh suggests what GE has done, which is complicated, but has so far been paying off for the industrial conglomerate. GE forced Mode 1 and Mode 2 to work together, and took advantage of the massive customer relationships and knowledge that the folks on the Mode 1 side had built up in their decades of experience.

This meant that each traditional business line had a digital counterpart, and the digital team reported to Ruh as the chief digital officer and also to whomever was in charge of the individual business unit. That meant people had two bosses. “When people complained to Jeff [Immelt, CEO of GE] he would say, ‘It’s complicated and it’s gonna be complicated. Just get over it,'” Ruh says.

And he doesn’t sugarcoat the challenges. “Sometimes, there is conflict and you have to force the resolution of that conflict so you can come to a resolution and build on that,” he says. “We’re only on step 17 of what is a 36-step process, and we accept that we’re inventing it as we go along.”

Part of that also means accepting more risk. This shift isn’t for the conflict or risk averse. “Most big organizations are built on Six Sigma where you take all of the variation out of a process and never change it,” Ruh says. “That world is the opposite of Silicon Valley and what you need to create a culture of innovation.”

Ruh wants his team to fail fast, but he doesn’t want them to make the same mistakes over and over again. And because it’s GE, those failures and learnings are tracked. That’s where this marriage of big corporate culture and the “startup ethos” that 81% of the survey’s respondents say is becoming the norm for encouraging innovation can really prove it’s worth. If companies can find ways to encourage ideas and then track them so they can be replicated without bogging people down, big-names businesses could better create cultures that foster innovation.

Ruh and GE are trying to build a multi-billion dollar business around software and services associated with the Internet of things. It’s a bold plan laid out four years ago, but already some of its efforts are bearing fruit. Emerson, UnderArmour (UA), AT&T (T), and IBM (IBM) are among the companies that have taken big steps to become digital players by emphasizing the fear of become obsolete over their fear of making mistakes.