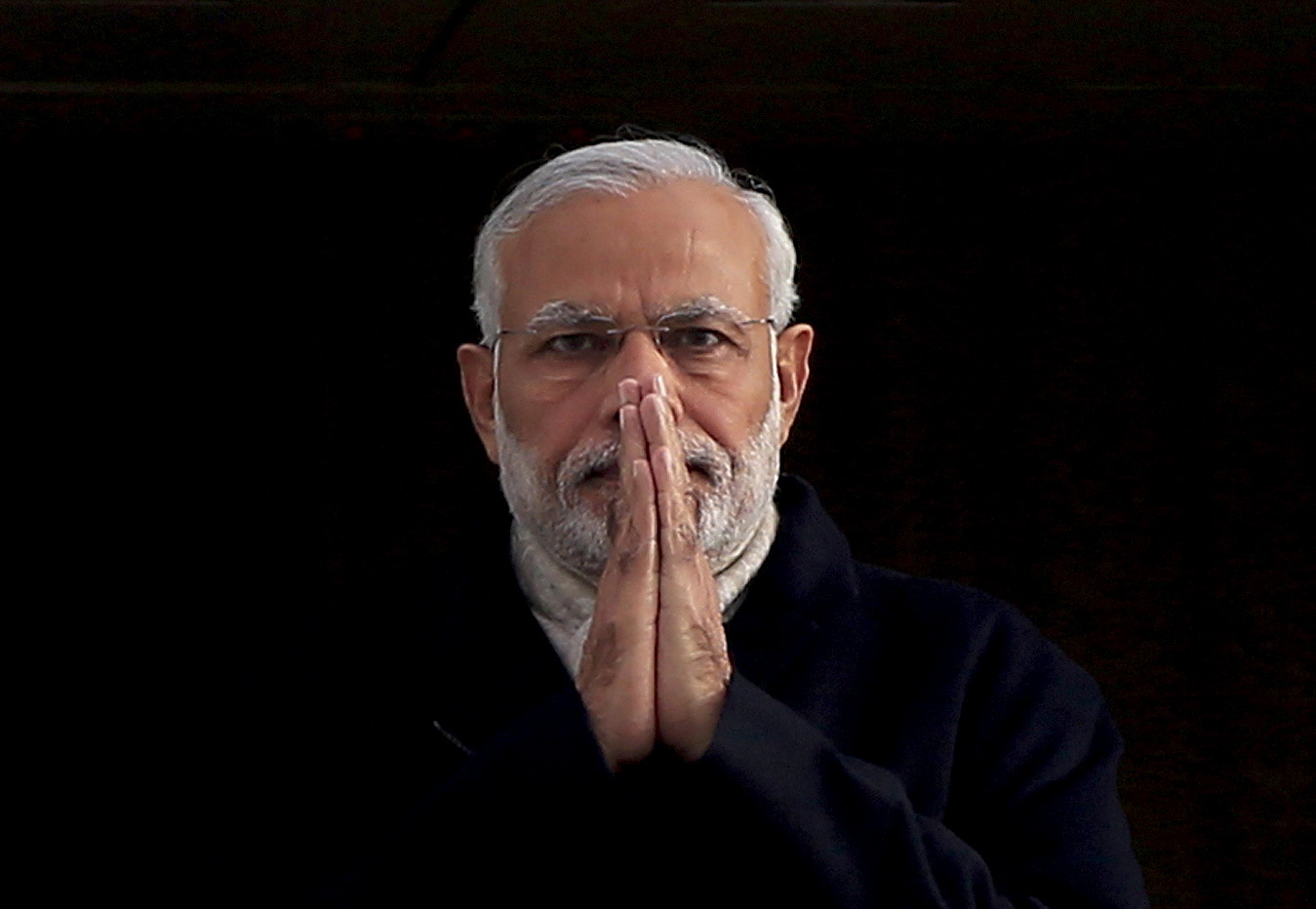 India's Prime Minister Narendra Modi holds up his hands in a "namaste", an Indian gesture of greeting, as he arrives at Heathrow Airport for a three-day official visit, in London, November 12, 2015. REUTERS/Jonathan Brady/Pool TPX IMAGES OF THE DAY - RTS6O10
Photograph by Jonathan Brady — Reuters

Indian Prime Minister Narendra Modi launched a number of initiatives on Saturday to support the country’s start-ups, including a 100 billion rupee ($1.5 billion) fund and a string of tax breaks for both the companies and their investors.

India, which already has a handful of new-generation success stories, is seeking to encourage more cutting-edge technology and other start-ups – supporting new businesses in a country which badly needs to accelerate a still sluggish economic recovery and create millions of jobs as the workforce expands.

Modi’s high-profile event in New Delhi – attended by hundreds of investors and entrepreneurs, including the founder of taxi-hailing app Uber, Travis Kalanick – promised a shot in the arm for the sector, with exemptions from tax and compliance inspections for three years.

“I urge all entrepreneurs to create companies that solve India’s problems and create jobs,” he told a packed auditorium in New Delhi, speaking in Hindi.

“Start-up does not mean a billion-dollar company where thousands of people work. It is about employing even five people, and developing India.”

Online companies such as e-commerce marketplaces and Snapdeal, along with ride-sharing company Ola, have highlighted the potential for home-grown technology successes in a country best known for capitalizing on cheap engineering talent as the world’s back office.

However, the push by Modi’s government is the first time Indian policymakers have announced an agenda directly aimed at promoting start-ups and entrepreneurship.

Modi unveiled plans for a new 100 billion rupee fund: a structured fund of funds that will invest in venture capital funds over a period of four years, financed by the government and the state-owned Life Insurance Corp.(LIC).

He also said start-up companies would benefit from cheaper and faster patent applications, enjoying 80% rebates on the cost of patents. A mobile app would allow companies to be set up within a day, he promised.

Moreover, they will be exempt from income tax for the first three years in which they make a profit. Their investors could also benefit: recognized funds of funds could see exemptions from capital gains tax, Modi said.

The announcements, at a government-organized conference on start-ups in New Delhi, come months after Modi made a whirlwind tour of Silicon Valley, meeting the chief executives of Facebook, Google, and Apple.

India, with a rapidly expanding population of Internet users, is seen as one of the world’s fastest growing start-up hotspots. Venture capital funds including Sequoia and Tiger Global have raised multi-billion dollar funds for their Indian investments in recent years.

The National Association of Software and Services Companies estimates the number of new companies launched in India grew by 40% in the last year.

Earlier on Saturday, Japan’s Softbank said it would “seriously” accelerate investments in India, comparing the growth in India’s internet economy to China a decade ago. Softbank had previously said it would invest $10 billion in India over 10 years.