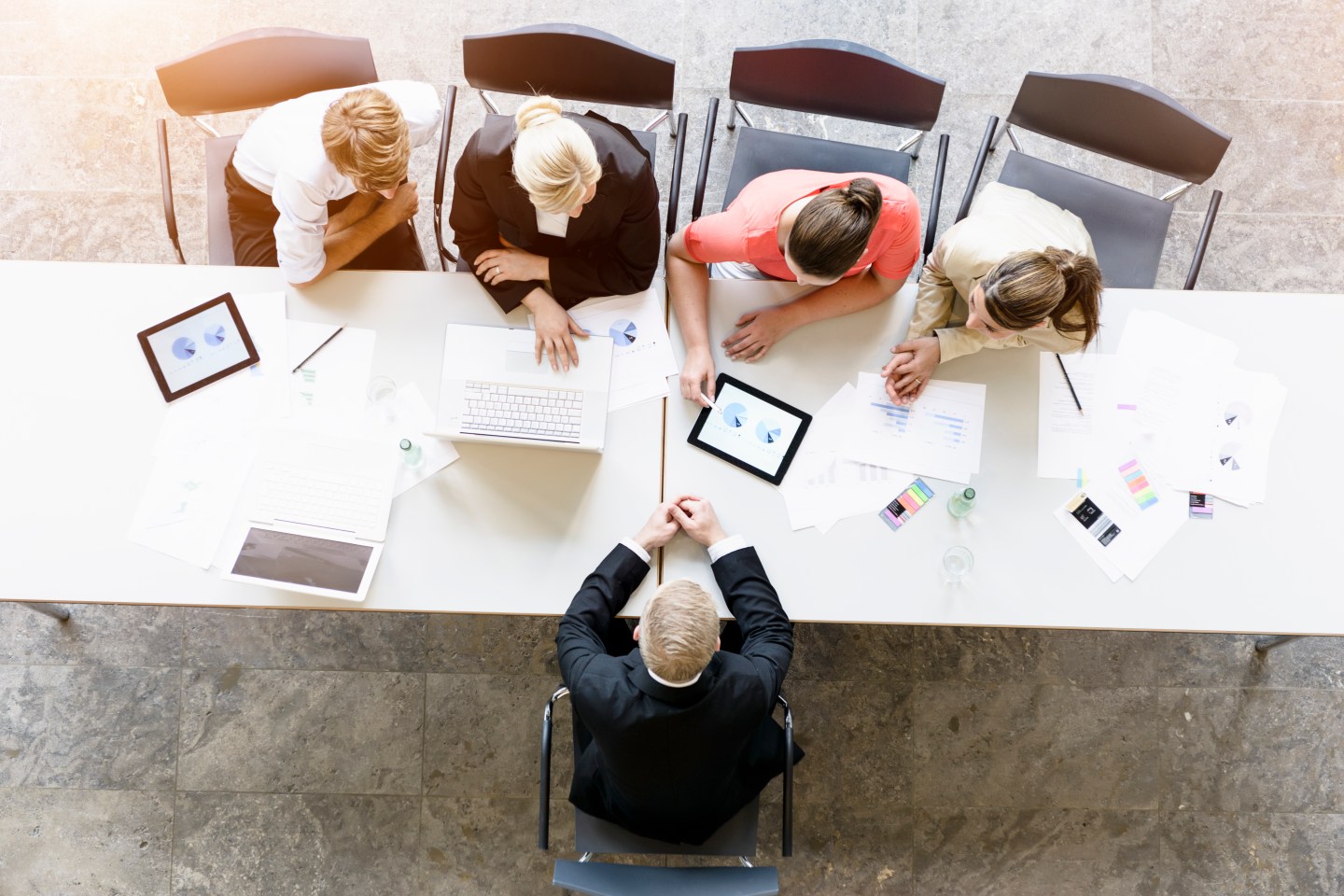 It was 2013, I was wearing a nice suit, and I was being pseudo-interviewed in a New York apartment – by the parents of a candidate I wanted to hire. The candidate was hesitant to leave his secure job for Bluecore, the marketing automation company I had recently co-launched. He was originally from South Asia, which meant that his parents had a say in his career (as I know from personal experience). I sensed that this was causing him hesitation, so I offered to chat with his parents.

“Why do you need to take on debt to run a business?” the candidate’s father asked me, as if taking on venture capital meant that I was a failing entrepreneur. This was going to be tough.

Two years later, my answer to that question is immaterial next to the hiring “hacks” I learned from this experience. Compared to companies like Google and Facebook, a relatively unknown New York-based startup isn’t exactly a magnet for talent. Nonetheless, three of our four business group leaders relocated from the West Coast with their families. A quarter of the approximately 50 people who work at our New York headquarters migrated from other cities. These are unusual numbers.

Every VC-backed startup has a compelling story and strong financial incentives to offer, so what did we do differently? What “hacks” could you apply to your own hiring strategy?

Interviewing with the parents of Irfan worked and showed me that family is critical in job decisions. Spouses, kids, and very involved parents can become your allies.

Ever since that reverse interview, I have offered to speak with the candidate’s spouse, and he or she takes me up on the offer every time. We talk about schools, neighborhoods, culture, and career opportunities in New York instead of Bluecore. It demonstrates that this company cares about family and quality of life – not just the bottom line. Spouses often nudge their partner to take the job after this conversation.

Usually, founders don’t focus on family. You’ll stand out if you do.

Most recruiters paint the rosiest scenario possible. Instead, bring up everything that could go wrong at your startup. Irfan’s parents did, and they taught that me that transparency builds trust in this scenario.

Be more open than you think you need to be. During the interview, if you draw a graph showing your cash flow, growth projections, etc., what’s the worst thing that could happen? The candidate doesn’t join the company, he spreads some rumors, and sounds like a jerk. You dodged a bullet.

3. Make the negotiations 50% of your decision

I use recruiters to source candidates and schedule interviews, but I never let them close the deal. The reason is that people sometimes act differently after they’ve received your offer. They toss humility out the window the way people toss wrappers out of their car on an open highway. That is why the negotiation period should weigh 50% in your decision.

Here’s my favorite play: once I’ve made an offer, I send the candidate out for coffee or drinks with a future subordinate. Then, I ask the employee about the experience. Did the candidate say things that she wouldn’t say to me? Did she treat you like an equal or act like she’s in charge? In some cases, candidates have mocked our web design or asked questions like, “Your head of ___ seems very junior for the position. What’s the deal there?” That candidate is already thinking about power politics and domination.

During negotiations, people’s true colors will show through.

To hire the right people, you might have to shoot down qualified candidates midway through the negotiation process. You might have to disclose financials. You might be interrogated by skeptical parents and spouses. These “hacks” aren’t necessarily easy, but they may help you hire top talent and weed out bad apples.

Fayez Mohamood is the co-founder and CEO of email startup Bluecore.