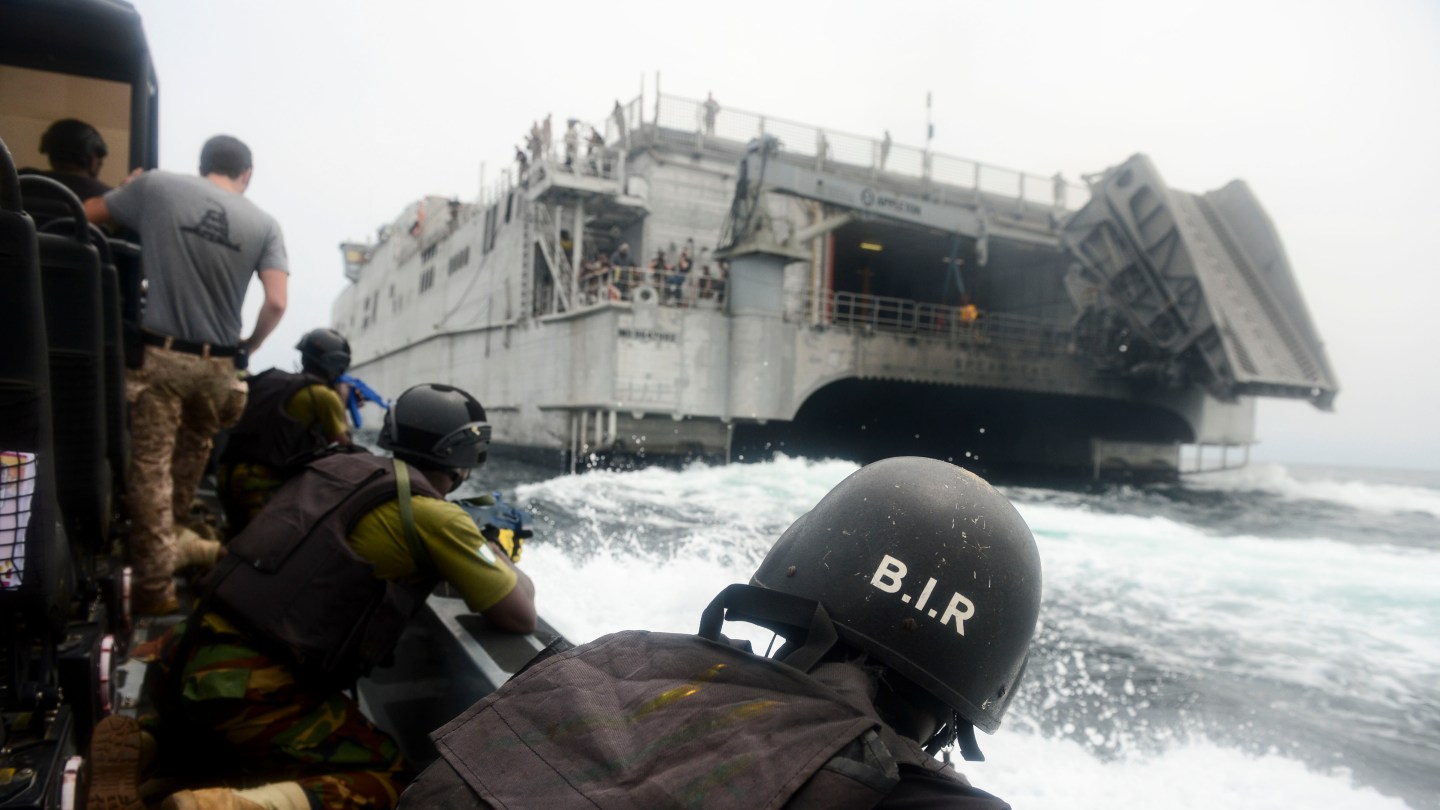 The high-speed transport ships, called Joint High Speed Vessels, are easily damaged by rough waves due to their light bows designed to reduce the ships’ weight, according to Bloomberg.

A Naval spokesperson told Bloomberg it agreed to contractor Austral’s bow design recommendation because the light-weight design still met performance parameters. But in a September-dated memo that was recently disclosed, the department’s director of operational test and evaluation Michael Gilmore wrote, “Multiple ships of the class have suffered damage to the bow structure, and repairs/reinforcements are in progress class-wide.” He continued, “The necessity of avoiding high sea states while transiting is an operational limitation that could be significant.”

The first vessel, USNS Spearhead, experienced damage from waves during deployment and was repaired for $511,000, Bloomberg reported. Three other vessels have also been reinforced for as much as $1.2 million each. One more vessel awaits repairs, and the other five in the fleet are still under construction in Austral’s shipyard.

The Joint High Speed Vessels were designed to carry troops and cargo rapidly over distances that are outside of conflict zones, according to Stars and Stripes.