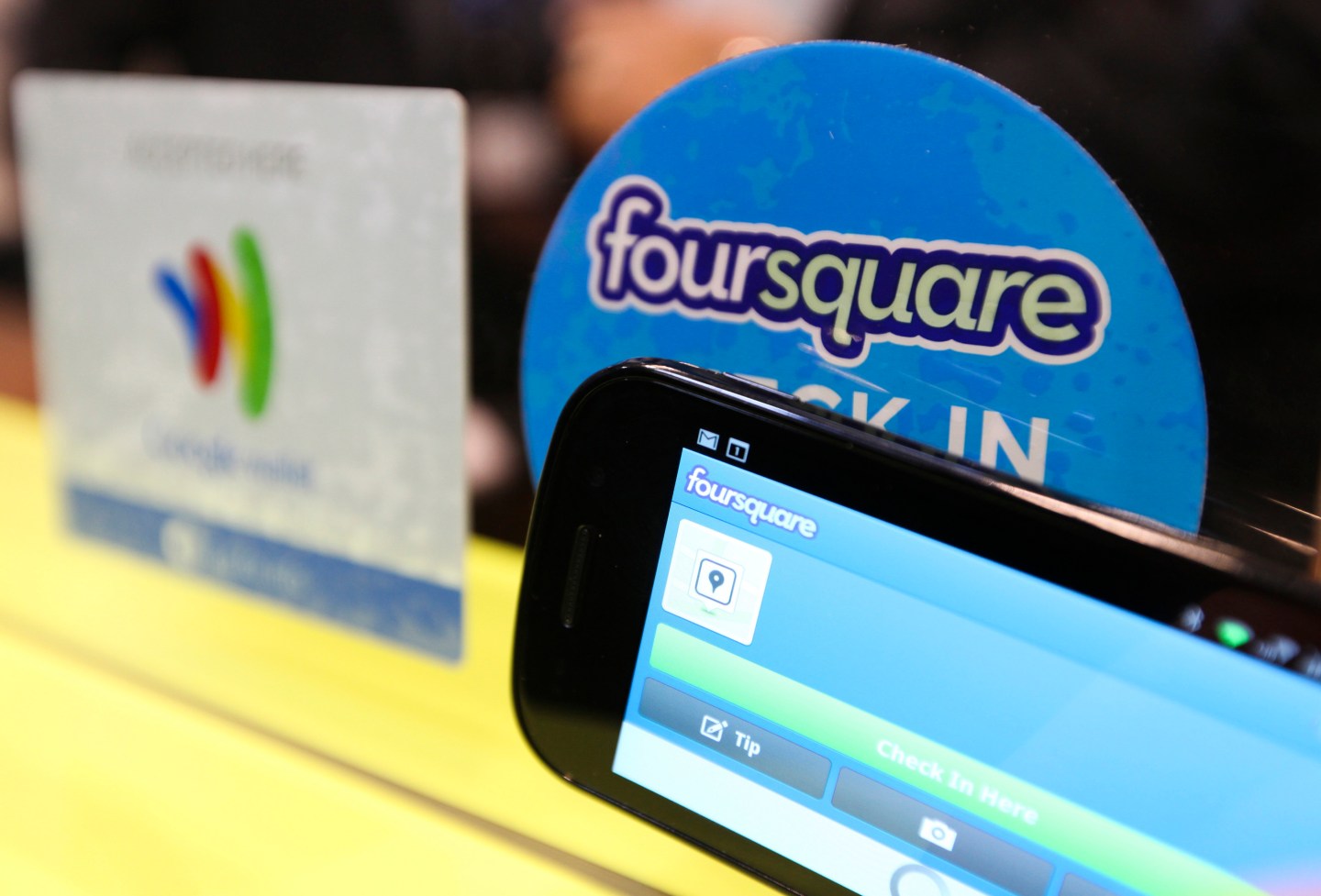 Here’s how important Foursquare used to be. In 2011, when I was researching a book about Apple (AAPL), I unearthed a tidbit that was telling about the great company’s secrecy as well as about the currency of a flavor-of-the-month startup. “Checking in” on Foursquare was prohibited at Apple. In other words, Apple asked visitors—say, those having lunch with a friend or attending a business meeting—not to use the app to let their “followers” know they were at Apple.

The irony is rich, then and now. Then, it was worth at least a chuckle that Apple was so paranoid about people coming and going to its corporate campus that it restricted the use of an app that wouldn’t have existed but for Apple’s mobile platform. Now, the chuckle is over who the hell would waste their time “checking in”—posting a message buttressed by the location-based sensors in one’s own phone—at all.

My thoughts turned to momentum and its opposite Thursday with the news that Foursquare had raised $45 million, valuing the company at $400 million less than its last valuation of $650 million. First, let’s take a moment to acknowledge what an accomplishment it is for Foursquare to raise $45 million. Is this a great country or what? (President Obama said something similar, though not about Foursquare, Tuesday night.)

Foursquare wasn’t a bad idea. If this whole checking in thing worked, then mobile advertising would be an easy sell against it. But as with so many things, the momentum was well-nigh impossible. (Foursquare has cleverly expanded to other location data services.)

Examples abound. The Nest thermostat is a phenomenon for our times, and its founder, Tony Fadell, has even been entrusted with reviving Google Glass. But a phenomenon with a software bug won’t heat your home at night. Or take the latest new form of extremely old media, the podcast. The radio-over-the-Internet series “Serial” disappointed its legion of listeners—okay, I’m really disappointed—by announcing it will deliver a fresh episode every other week now instead of weekly. It will be worth the wait, but the shift is likely to hurt momentum.

Here’s wishing you a momentous day.