Foursquare Gets a New CEO and More Funding 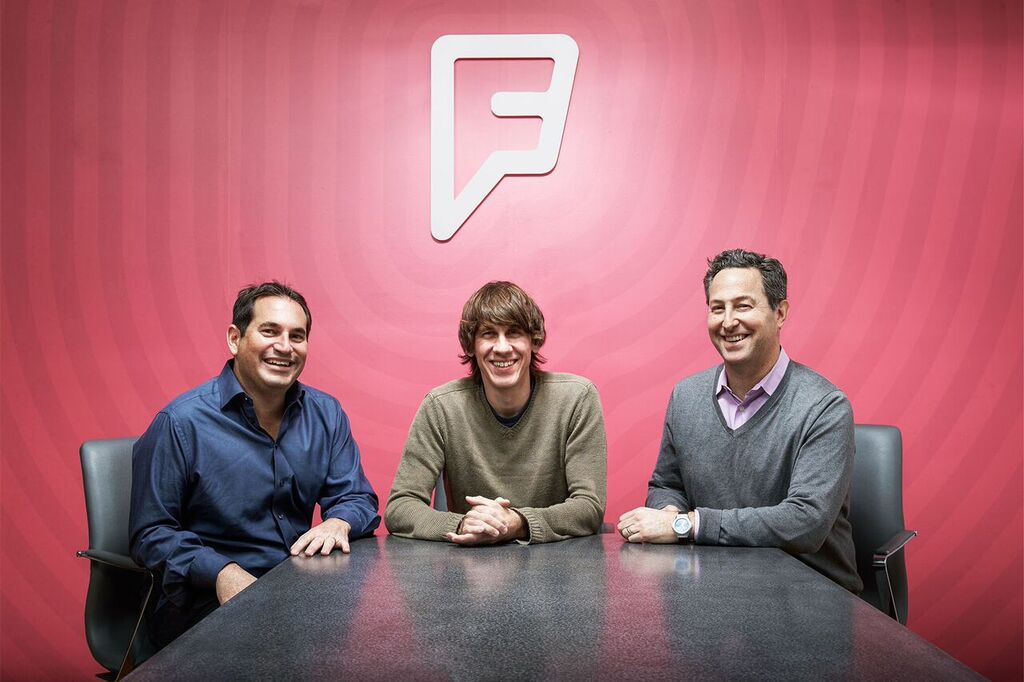 Foursquare CEO and co-founder Dennis Crowley has relinquished his chief executive role to Jeff Glueck, the company’s chief operating officer for the past year and half. Glueck was previously chief marketing officer of Travelocity. Crowley will become Foursquare’s executive chairman and chief revenue officer Steven Rosenblatt will become president.

Foursquare declined to comment on the valuation of the round. Earlier reports on the funding said the round would value the New York City app maker at $250 million, a significant haircut to its earlier valuation of $650 million. Foursquare previously raised more than $120 million, in addition to $41 million in debt financing.

The executive shakeup and funding marks another wrinkle in a long journey for Foursquare. Even when the location-based app was at the top of the hype cycle in 2009, it had plenty of critics that didn’t see the appeal of “checking in” to various bars and restaurants. In 2012, Crowley’s co-founder, Naveen Selvadurai, left the company. Acquisition rumors (Yahoo! Apple!) swirled repeatedly as Foursquare positioned itself as a big data startup providing “location intelligence.” In 2014, the company made a controversial decision to split into two apps: Swarm for check-ins and Foursquare for restaurant recommendations.

Earlier today Union Square Ventures partner Fred Wilson wrote that Foursquare has “taken it on the chin” for being “hot company that fell out of favor” more than maybe any other company in his portfolio. It’s notable given that USV’s portfolio includes Twitter (TWTR) and Zynga (ZNGA), both recipients of harsh criticism since their IPOs. Wilson praised Crowley’s tenacity and ability to “take the hits.”

In an interview with Fortune, Crowley paints a rosy picture of his business. Foursquare’s apps and websites draw 50 million monthly users. More than 100,000 developers use Foursquare’s location data.

For more, read “Why Twitter and Foursquare just struck a deal“

Meanwhile Rosenblatt and Glueck tout revenue growth. The company’s mobile advertising business and its data-focused enterprise business now counts a third of the Fortune 500 as clients. Both businesses grew more than 100% last year, which “reflects Foursquare maturing,” Rosenblatt said, but the executives declined to share the base from which they started. The executives were light on all details regarding business metrics, which makes it difficult to accept the rosy picture at face value.

Crowley is aware of Foursquare’s perception in the tech world, and he hopes today’s news will change it. “We can’t shake this stigma of people thinking it’s not working,” he says. “This is a beginning of that change in understanding of us. If you go back to 2009, the headlines are like, ‘Foursquare is going to be the next Facebook or Twitter.’ We’re not that company, but what we’ve proven over the last 18 months is that we don’t have to have 100 million users for this to be a huge business.”

But if everything is awesome, why relinquish the CEO role? Crowley says he will continue to work full-time at Foursquare, but the executive chairman role is more suited to his skills at pitching, thinking, hacking new products and prototypes together. Glueck and Rosenblatt have more experience at growing, leading and scaling up businesses. “We’re taking the parts of the job I’m not so great at and making sure I’m handing them to the people who are best at those things,” he says.