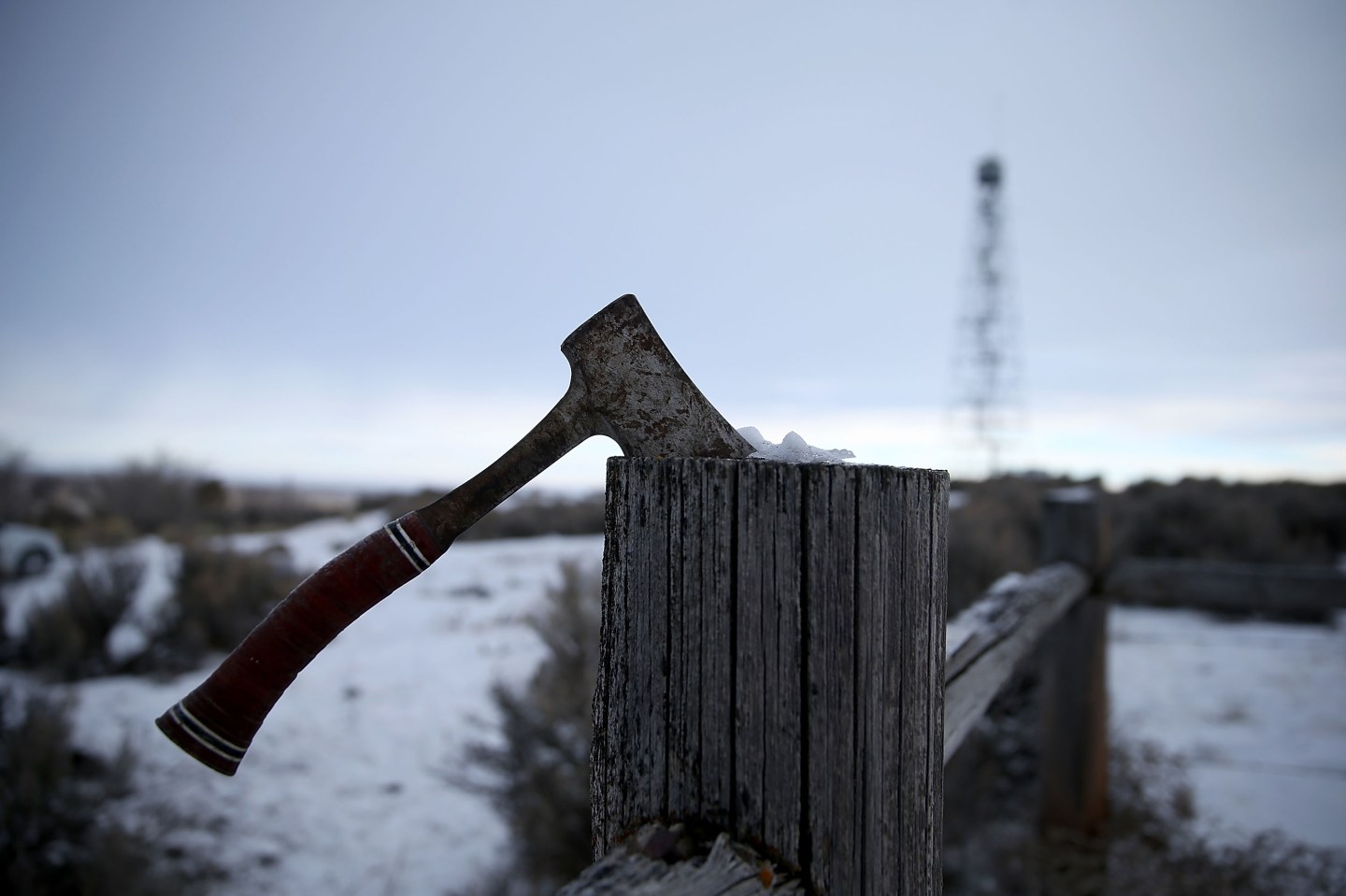 BURNS, OR - JANUARY 05: A hatchet sits on a fence at the Malheur National Wildlife Refuge Headquarters on January 5, 2016 near Burns, Oregon. An armed anti-government militia group continues to occupy the Malheur National Wildlife Headquarters as they protest the jailing of two ranchers for arson. (Photo by Justin Sullivan/Getty Images)
Justin Sullivan Getty Images

It’s not your imagination. The round-robin of cloud computing price cuts that roiled the industry the past few years has slowed down, according to a new research note from Jonathan Atkin, analyst for RBC Capital Markets. Atkin tracks these moves carefully so the rest of us don’t have to.

Atkin saw no significant price changes for Microsoft Azure, AWS, or Google Compute Platform for the period covered but did note that AWS lowered some computing prices in early January. He also pointed out, as did Fortune, Google’s subsequent claim that its Google Compute Engine pricing remained the price leader even after those AWS cuts.

Just after the RBC report dropped, as if on cue, Amazon announced new Scheduled Reserved Instances for its Elastic Compute Cloud (EC2) service. With these “RIs” users get discounted computing power to run at pre-set times.

So, if a business has a big report that has to run daily, weekly, or monthly, it can book that time up front (over the term of a year) for a discount ranging from 5% to 10% off on-demand instances, which customers order up as needed. On-demand instances carry a higher per-hour rate than reserved instances.

The new RIs differ from their traditional (if that is the right word) RI counterparts which require buyers to commit to one- or three-years of use and offer bigger discounts based on that commitment.

Cloud providers tread a fine line here. Customers want flexibility, but the sheer variety of offerings is already bewildering and adding new options just adds to that complexity. Balancing choice with ease of use is a continuing issue for these companies.

WATCH: For more on Amazon, check out the following Fortune video

AWS which launched its first service in 2006, is the trailblazer in public cloud, a model that pools massive amounts of compute power, storage, and networking in data centers around the world. Customers, many of which don’t want to build out more of their own data center capacity, can then rent those resources out by the hour, amount of data stored, and bandwidth used.

At its annual AWS Re:Invent conference in November, the fact that no major price cuts were announced prompted questions about whether that era was over. AWS senior vice president Andy Jassy pooh-poohed that notion, saying that Amazon just wanted to publicize different things. “Prices will continue to go down,” he said.