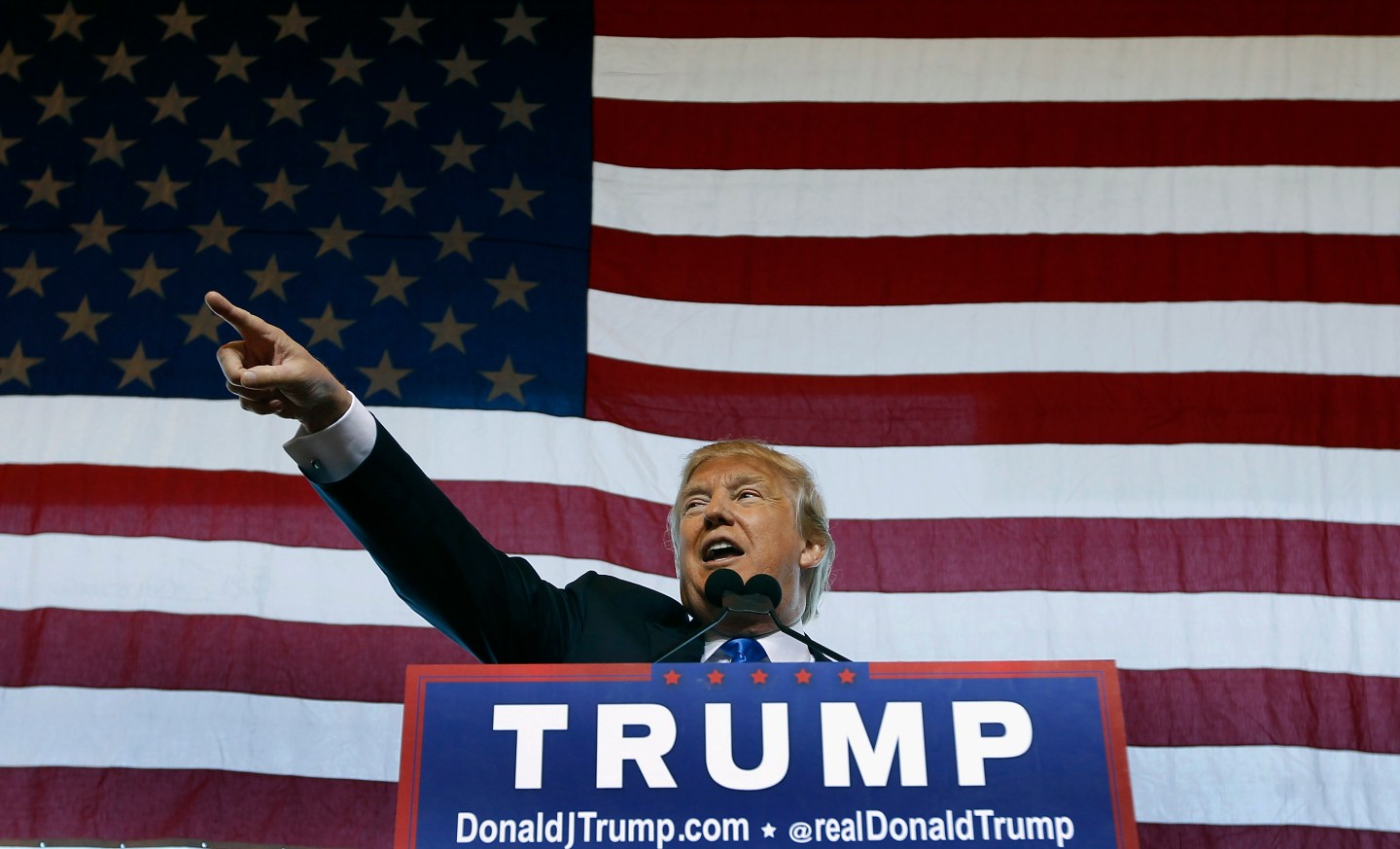 Donald Trump has a new group of supporters, but they may not be the kind the Republican Presidential frontrunner wants.

Homes across Iowa started receiving pro-Trump robocalls on Saturday from a white supremacist group called the American Freedom Party, after the group endorsed the candidate on Friday. The AFP called him their “Great White Hope.”

In the automated calls that the AFP says are not authorized by Trump, leaders of the nationalist group quote the Bible and discuss immigration. In one message, Jared Taylor from the white supremacist website American Renaissance says: “I urge you to vote for Donald Trump because he is the one candidate who points out that we should accept immigrants who are good for America. We don’t need Muslims. We need smart, well-educated white people who will assimilate to our culture. Vote Trump.”

(Taylor, it turns out, is a former spokesman for the Council of Conservative Citizens — a group which Dylan Roof, the man who killed nine in a mass shooting at a historically black church in Charleston, cited as an inspiration.)

So far, Trump seems to have avoided acknowledging the support in his highly active Twitter feed or campaign website. The Trump campaign has not yet returned Fortune’s request for comment, though this article will be updated if they respond.

The candidate has dodged white supremacists before: When KKK Grand Wizard David Duke told the Washington Post that he was the “best of the lot” of candidates, Trump rebuffed the support. The candidate told Bloomberg News in August, “I don’t need his endorsement; I certainly wouldn’t want his endorsement. I don’t need anyone’s endorsement.” And when asked whether he would repudiate the support, Trump agreed, telling the Bloomberg reporters, “Sure, if it would make you feel better.”

This article has been updated to clarify that the Council of Conservative Citizens, not the American Freedom Party, was cited by Dylan Roof.