The Best Robot ‘Butlers’ At CES 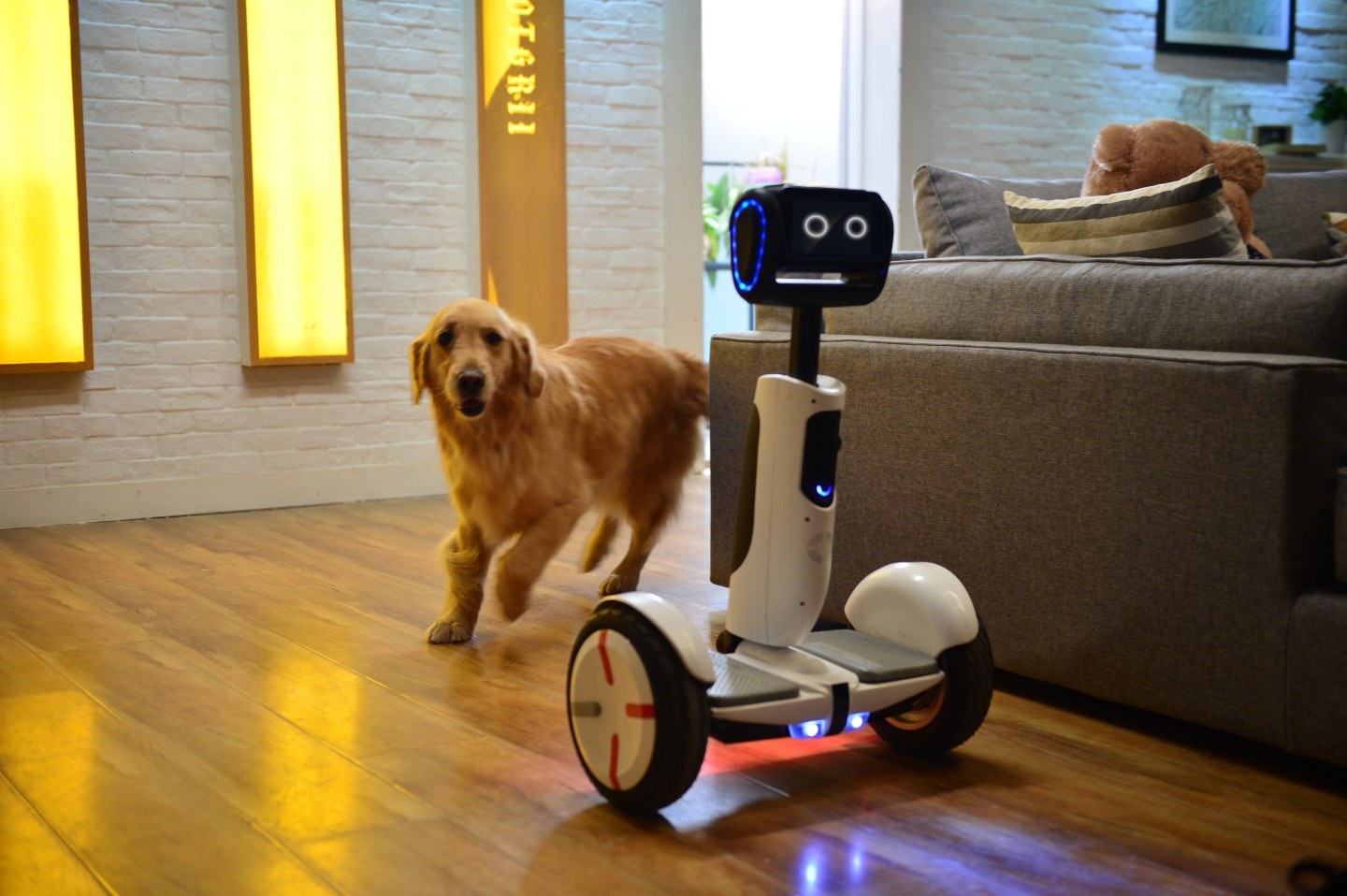 Facebook CEO Mark Zuckerberg resolved to build his own home butler with artificial intelligence in 2016. Just “a simple AI to run my home and help me with my work.” he said in a post last weekend on Facebook. Seems reasonable. “You can think of it kind of like Jarvis in Iron Man,” he wrote, referring to the computer program in the blockbuster movie.

But who said Zuckerberg was the only one who gets to build his own personal manservant this year?

At the Consumer Electronics Show this week in Las Vegas, companies from Segway to Ford jumped into the butler business by showing off new products (some only half-baked) for opening doors, turning on lights, tracking daily schedules like pill rituals, and keeping a watchful eye over the house.

None of the automated assistants can do everything that a loyal human staffer would. But with so many being created open-source, meaning consumers can program them too, maybe by the time CES 2017 rolls around, they’ll have learned a little something more.

Segway and Intel teamed up with Chinese Ninebot to build a door-answering talking butler. The robot can also retract its head, so that when it’s not on butler duty, it can take you around town as a ‘personal transporter’ (read: hoverboard).

A front-facing camera on the bot means the robot can be a surveillance camera when you’re not home, or it can show you who’s arrived when it answers the door. The robot has mechanical arms that can be attached that would let it do things like wave or lift small objects. But you would need technical know-how to program it.

Segway says the robot will be available for early user testing in late 2016 or early 2017, but it didn’t disclose a price.

This butler was built to keep humans on track: from making sure people take their pills, to monitoring coffee inventory and keeping exercisers in check. Mother, a $300 nagging device comes with four sensors that can snap onto things or people and be programmed to monitor fitness, home temperature, keeping track of keys, and sleeping patterns. If you don’t do what you’re asked, Mother can light up, notify your smartphone, and beep to let you know. Programs like pill-reminders and sleep tracking are pre-loaded, but the device is also open-source for developers.

The Most French Butler:

French Buddy is billed as a ‘companion,’ but also performs some very butler-like tasks. It can receive your Skype calls by turning Buddy’s face into a screen. The bot keeps watch around the house and can send alerts to your smartphone when it sees a problem. Because the machine has facial recognition, it can also serve as a messenger by relaying messages between different people in the house and reminding owners what to do and when. Buddy is open-source too, if you want to program it to do more. Oh, and this butler’s multilingual, with English and French on board. Prices start around $650.

The Butler In The Driveway:

Ford, in partnership with Amazon and smart home app Wink, wants to be your butler before you’ve even stepped foot in the house. The company unveiled a new system that can remotely control devices in your house: lights, heat and security—all from the car. Fortune reports their Sync Connect platform launches on new Ford Escapes in spring 2016.

Tipron, to be available later this year for $1,000 to $2,000, is a wandering bot projector. The robot streams video via Wi-Fi or its HDMI port. Tipron can coordinate with Chromecast and Amazon Fire sticks, or screen video from a smartphone on any wall. Built waist-high and with one massive eye (lens) for a head, the robot also includes a five megapixel camera and built-in speaker. But if it’s not quite cute enough, there’s always the Haier R2D2 Moving Refrigerator, available in Japan for around $8,500, that also has a built in projector and can carry a six pack.

Kitchen appliance maker Gourmia just got a little bit more butler-like with a chef robot that can fry, grill, cook all kinds of meals for $300. Built for the countertop, at about the size of a rice cooker, the Gourmia GCR1700 will mix and stir everything for you with the press of a few buttons. It’s kind of like a space-age Crock-Pot that can do anything from traditional stews to scrambled eggs and sauces.

Want to fly to work? Now you can. The Ehang 184 Chinese Drone transporter can carry up to 220lbs and fly for 23 mins. After it’s programmed, you can just tell your butler to ‘take off’ and ‘land,’ and with a few clicks on a tablet, you’re there. Of course, since at 440-pounds the drone is well over the 55-pound limit for the new federally required $5 small drone registration, you’ll have to get the FAA to issue you a paper license for the butler before you start flying.