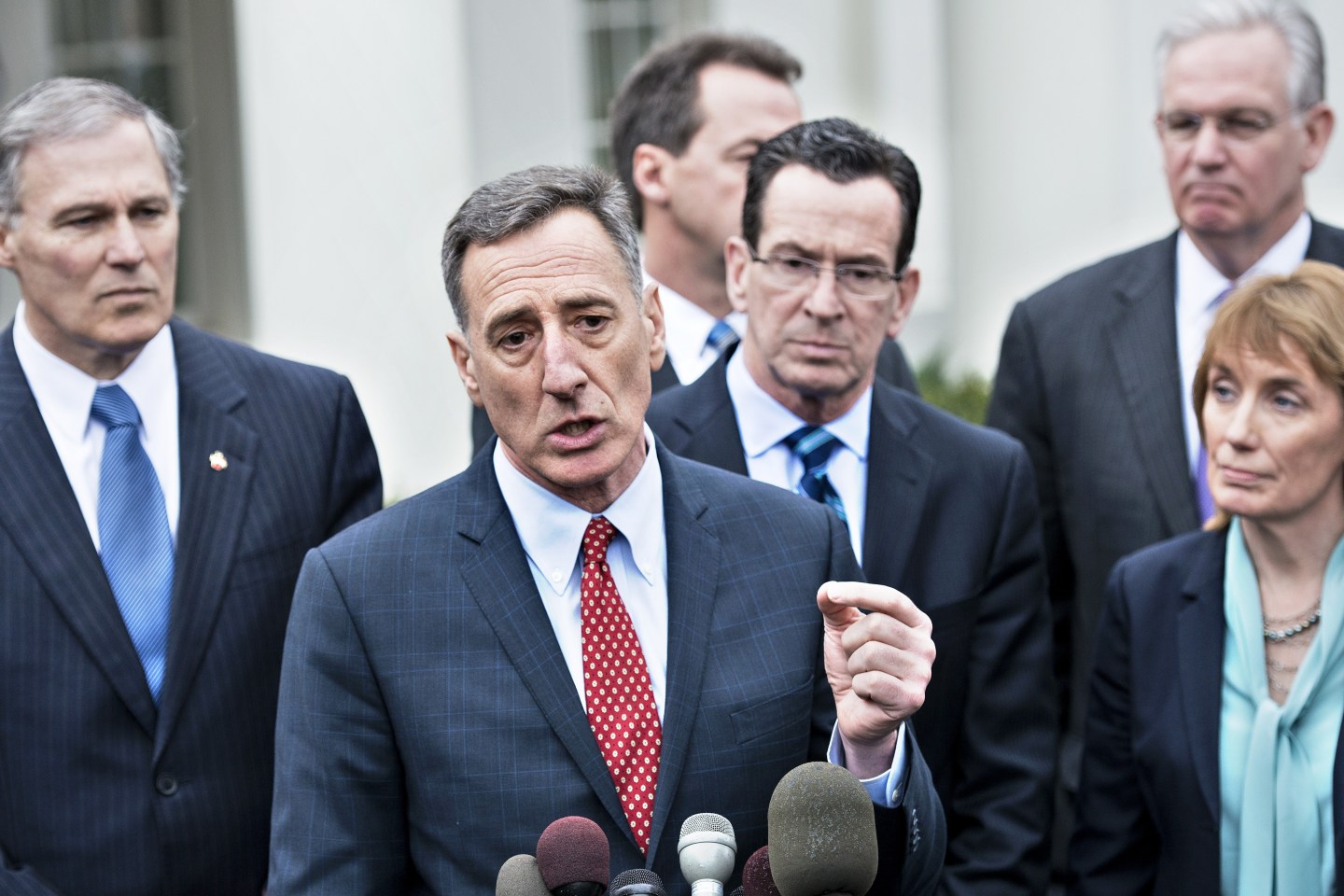 Vermont Governor Peter Shumlin, chairman of the Democratic Governors Association, makes a statement outside the West Wing of the White House on February 21, 2014 in Washington. Members of the Democratic Governors Association spoke to the press after attending a meeting with US President Barack Obama and US Vice President Joe Biden. AFP PHOTO/Brendan SMIALOWSKI (Photo credit should read BRENDAN SMIALOWSKI/AFP/Getty Images)
Photograph by Brendan Smialowski—AFP/Getty Images

Vermont Governor Peter Shumlin wants to make his state the first to legalize marijuana through the legislature instead of a ballot initiative.

In his State of the State address on Thursday, the Democratic governor said that he wanted to “get marijuana legalization done right” by legislating a step-by-step process of legalization rather than taking the less-controlled route of a public referendum. “To do it right, we must do it deliberately, cautiously, step by step, and not all in one leap as we legislate the lessons learned from the states that went before us,” he said.

Vermont has already legalized medical marijuana, but Shumlin says he wants to bring the marijuana black market that serves over 80,000 Vermonters under state regulation, too. By legalizing and regulating the sale of marijuana, Shumlin said the state would be better equipped to protect minors from the drug. In order to sign a legalization bill, the governor said he wanted proposed laws to funnel revenue from marijuana taxes toward addiction prevention programs. He added he wants to keep edibles illegal and improve the ability of state law enforcement to catch drivers who are under the influence of marijuana.

If Shumlin gets his way, Vermont would join Alaska, Colorado, Washington, Oregon and the District of Columbia, all of which legalized recreational marijuana through ballot initiatives.