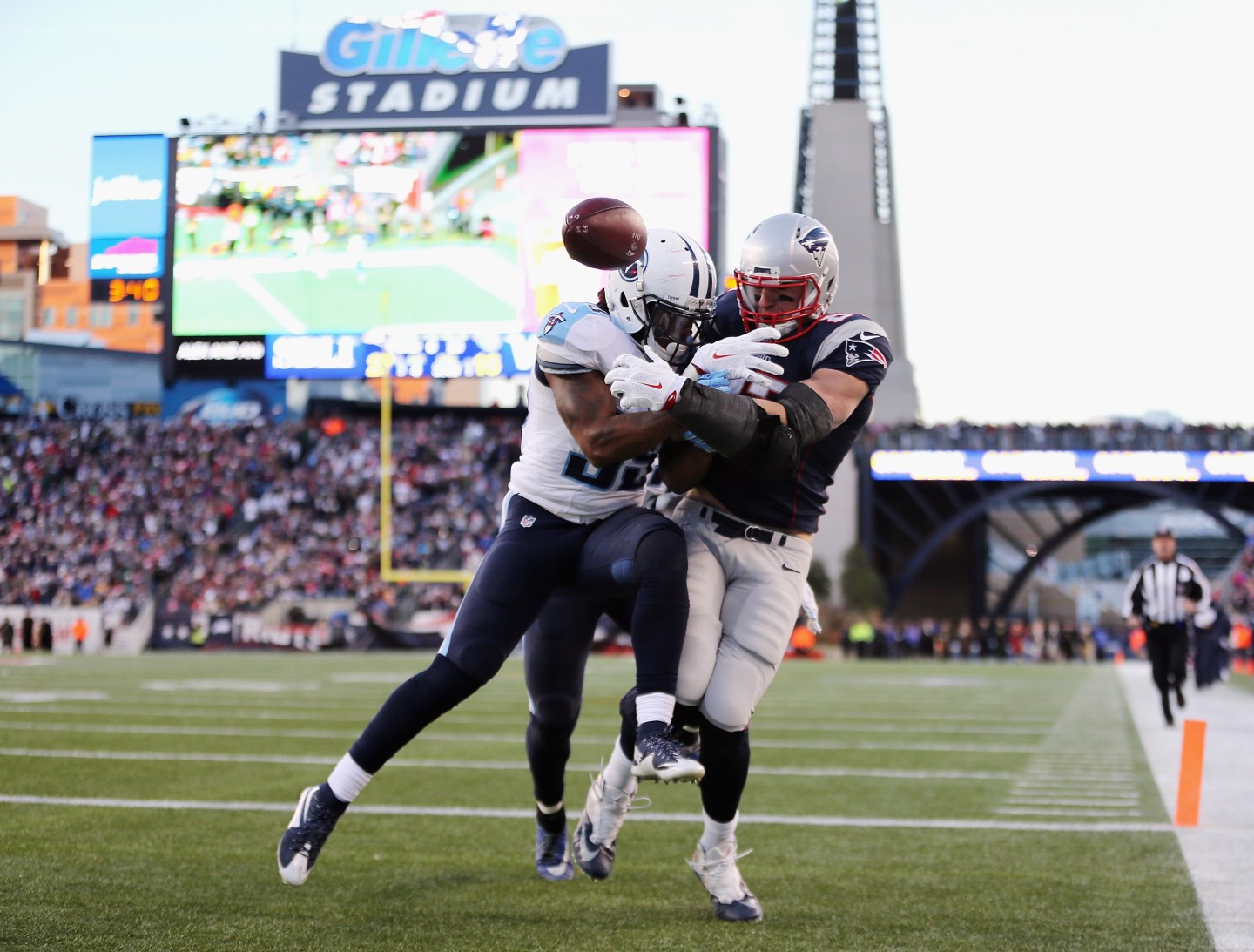 FOXBORO, MA - DECEMBER 20: Rob Gronkowski #87 of the New England Patriots is unable to catch a pass in the end zone as Daimion Stafford #39 of the Tennessee Titans defends him during the second half at Gillette Stadium on December 20, 2015 in Foxboro, Massachusetts. (Photo by Jim Rogash/Getty Images)
Photograph by Jim Rogash — Getty Images

Kara Sassone is a New England Patriots fan and the mother of 4-year-old twins. A breastfeeding advocate, she was bothered by the fact that her team’s stadium has no accommodations exclusively for nursing mothers. She says moms who needed to pump breast milk or nurse were typically directed to a bathroom or first-aid facility.

To Sassone, this was unacceptable. So, as part of an organized initiative affiliated with Forty Weeks, a Bethesda, Md. consulting firm run by her friend, Julia Beck, she posted a petition on Change.org. The petition, which was first went up in September of last year, called on Gillette Stadium to create designated accommodations for breastfeeding mothers.

She isn’t the only one who’s unhappy with the way the NFL is treating nursing moms. Indeed, Change.org currently hosts a total of six such petitions targeted at various stadiums.

Sassone’s request received a flurry of media attention and garnered more than 1,330 signatures—some with accompanying stories from mothers who pumped in dirty bathrooms or who had trouble getting breast pumps into the facility. One woman even reported that she was denied re-entry to a concert after she left the stadium to pump in her car.

But that’s as far as it went. Sassone says a stadium representative contacted her in October and said they would evaluate the measure, but that she has heard nothing since.

Patriots spokesperson Stacey James says the stadium just doesn’t see the demand for such accommodations beyond what is already provided. Games can be cold and the stadium requires that every patron have a ticket—no children on laps—both of which make it unlikely that infants are attending games, he says. As for women who need to pump, they can go to the first-aid facility. Beyond that, he says the team haven’t heard the need from fans, despite Sassone’s petition.

“You come up with something you think is going to be great, then have no one use it. Then, what do you do?” he asks. “You’re going to have people use it once, twice, maybe five times in a year—was it worth it?”

Some teams are responding

Fortunately for the estimated 45% of NFL fans who are women, other teams are taking note and action when it comes to breastfeeding moms. CenturyLink Field, home of the Seattle Seahawks recently introduced a Mother’s Room, with soft lighting, comfortable chairs, and electrical outlets for breast pumps, along with a changing table and hand-washing sink.

In October 2015, the Minnesota Vikings unveiled a solution from Burlington, Vermont-based Mamava, maker of lactation suites—small “pods” that provide a private place for women to nurse or pump and have seating, electrical outlets, and changing tables. Vikings COO Kevin Warren had become aware of the need for better options for nursing mothers after he was promoted to position in February of last year and began meeting with employees about improvements they’d like to see in the stadium.

Around the time of those meetings, Warren had spotted Mamava suites in Milwaukee’s General Mitchell International Airport. He thought they’d also be a good solution for fans and ordered two units to be installed at the team’s temporary facility at the University of Minnesota. The response has been overwhelmingly positive, and now that fans know about them, each pod gets used as much as 40 or 50 times per weekend, he says.

“It’s far exceeded even what we could have ever dreamed of with the impact on our fan base,” he says. In addition, the facility has trained security personnel to permit breast pumps into the facility so there’s no misunderstanding about whether they’re allowed.

Mamava co-founder Sascha Mayer says interest from the sports sector is growing as more teams look for ways to support female fans. Pumping is different from nursing, and women often feel they need more privacy than a screen in a first-aid facility, she says.

“You can nurse anywhere if your baby isn’t distracted, but the first-aid room may be filled with men or drunk people,” she says. “A lot of women just need that [quiet space] for the easier let-down of their breast milk,” she says.

The San Francisco 49ers ordered four Mamava units for Levi’s Stadium in Santa Clara, Calif. and have plans to pilot them in 2016. Mayer and her team are looking for ways to improve the units, including adding monitors so nursing mothers don’t miss the game while they’re in the pods.

Warren says it’s important that the needs of fans are met, and he’s particularly interested in how to make the stadium more women- and family-friendly. The organization recently hired a consultant to help identify opportunities to serve women fans.