How Campbell Soup Is Leading the Way on GMO Labelling 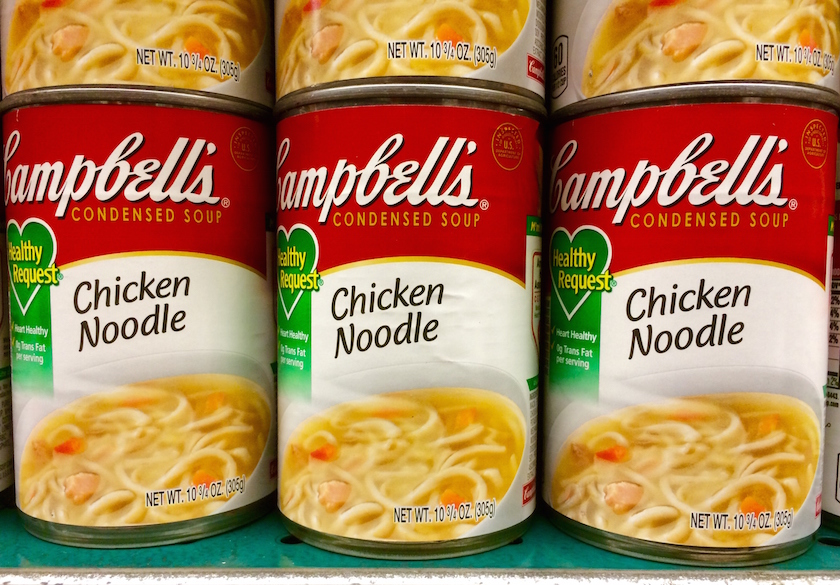 Campbell Soup Co (CPB) said it will label all its U.S. products for the presence of ingredients derived from genetically modified organisms, becoming the first major food company to respond to growing calls for more transparency about ingredients.

The world’s largest soup maker also said it supports the enactment of federal legislation for a single mandatory labeling standard for foods derived from genetically modified organisms (GMOs) and that it supports a national standard for non-GMO claims made on food packaging.

The company, which also makes Pepperidge Farm cookies and Prego pasta sauces, said it would withdraw from all efforts by groups opposing such measures.

Several activist groups have been pressuring food companies to be more transparent about the use of ingredients, especially GMO-derived ones, as questions are being raised on their effects on health and the environment.

Several big companies such as Monsanto (MON), PepsiCo (PEP) and Kellogg (K) have resisted such calls and have spent millions of dollars to defeat GMO-labeling ballot measures in states such as Oregon, Colorado, Washington, and California, saying it would add unnecessary costs.

In 2014, Vermont became the first U.S. state to pass a law requiring food companies to label GMOs on their products, which will come into effect in July.

Campbell said late on Thursday that if a federal solution has not been achieved in some time, it was prepared to label all of its U.S. products for the presence of ingredients that were derived from GMOs and would seek guidance from the FDA and approval by USDA.

Campbell said in July that it would stop adding monosodium glutamate (MSG) to its condensed soups for children and use non-genetically modified ingredients sourced from American organic farms in its Campbell’s organic soup line for kids.

The company also said it would remove artificial colors and flavors from nearly all of its North American products by July 2018.