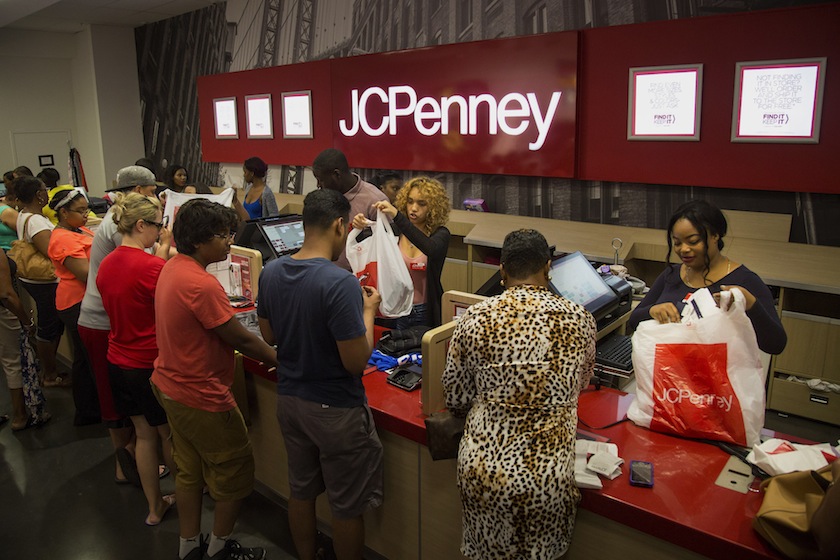 You might want to start calling J.C. Penney (JCP) the comeback kid.

The department store reported Thursday that comparable sales rose 3.9% during the crucial holiday season, keeping a newfound momentum that has helped Penney post increases for what is poised to be its ninth straight quarter of growth.

Shares climbed more than 2% in morning trading on the news.

The performance stands in marked contrast to the bloodbath at Macy’s, (M) which said this week that its comparable sales fell 5.2% during the same period, as it announced thousands of job cuts.

While Macy’s pinned 80% of the blame for its poor numbers on an unseasonably warm winter, Penney faced the same conditions. That suggests that Penney’s efforts to fix its business are paying off and that it is winning back market share it lost to Macy’s, Kohl’s (KSS), and many other retailers after a disastrous attempt four years ago to get fancier with a new product mix, pricing strategy, and look cost the company $6 billion in annual sales.

One sucessful move was buying a lot more inventory for the 2015 Christmas period, at the risk of being saddled with a lot of clearance merchandise if shoppers had stayed away. Penney CEO Marvin Ellison told Fortune on Black Friday (Nov. 27) that the retailer bought a lot more merchandise after finding that in 2014, it had run out of popular items after the Thanksgiving weekend, when holiday shopping gets into high gear, leaving it out of stock of popular items for the bulk of the holiday season.

That was the result of antiquated merchandise planning and demand forecasting systems that Penney is in the process of overhauling.

Other Penney efforts to repair its business include an overhaul of its integration of stores with its once-mighty e-commerce operations and an expansion of its private brands portfolio.