Under Armour Makes Biggest Push Yet Into Fitness Tech 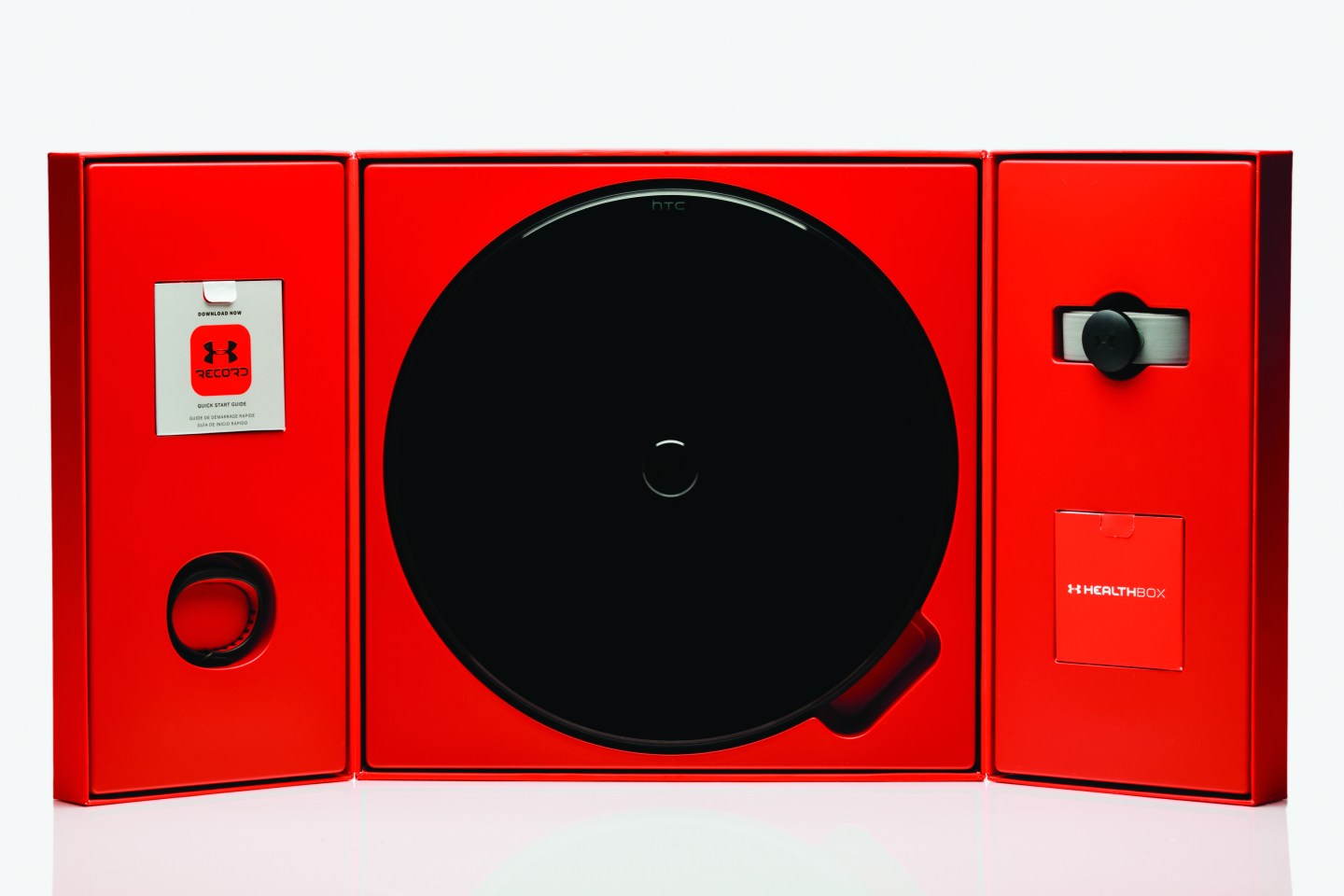 Under Armour has made its biggest push yet into connected health by introducing a family of new devices for tracking sleep, fitness, and nutrition.

The $400 HealthBox, created in partnership with HTC, includes a smartband for tracking daily activity and sleep. A second device, the UA Heart Band, fits around people’s chests during workouts for tracking data like heart rates. Rounding out the collection is the UA Scale that reads weight and body fat percentages.

The new gear all connects to the new UA Record app, which serves as the hub for all the health and fitness data. The information is divided into four categories: sleep, fitness, activity, and nutrition, letting users keep track of all of their lifestyle choices.

The devices are part of a major investment by Under Armour to expand beyond its roots in apparel. The company is trying to compete with a burgeoning market for smart devices from manufacturers like Fitbit (FIT), Jawbone, and Garmin.

“We know through our family of world-class athletes, trainers, and more than 160 million community members that what can be accomplished during your workouts can easily be undone in everyday life,” Robin Thurston, chief digital officer at Under Armour, said in a statement. “The future of health and fitness is a holistic view of data from these four core health and fitness pillars.”

The new health devices, introduced on Wednesday at the Consumer Electronics Show in Las Vegas, will be sold separately as well as part of a package. They will be available sometime before the end of April, according to Under Armour.

Additionally, Under Armour is introducing its first smart shoe, which can tie into the broader fitness tracking system. The $150 sneaker, called the UA SpeedForm Gemini 2 Record Equipped, tracks and stores data such as time and date, duration, distance, and splits during workouts, runs, or walks. The shoes, which ship Feb. 29, even alert the owner when it’s time to buy a new pair through the app, which usually occurs around the 450 mile mark.

Under Armour (UA) has always focused on technology, but the company has spent over $700 million over the past three years acquiring app developers MapMyFitness, Endomondo, and MyFitnessPal. These acquisitions are part of an effort to grow its digital business, which research firm Strategy Analytics reports has grown from 60 employees to 400 since 2013.

Under Armour faces less competition in the fitness wearables market today, thanks to rival Nike’s decision to exit the market and discontinue its FuelBand line in 2014.

WATCH: For more about Under Armour, watch this Fortune video:

The wearables market experienced a 164% increase in worldwide sales in the last year, according to research firm IDC, growing from 28.9 million units shipped in 2014 to 76.1 million units shipping in 2015. IDC forecasts 173.4 million wearables will ship globally by 2019.