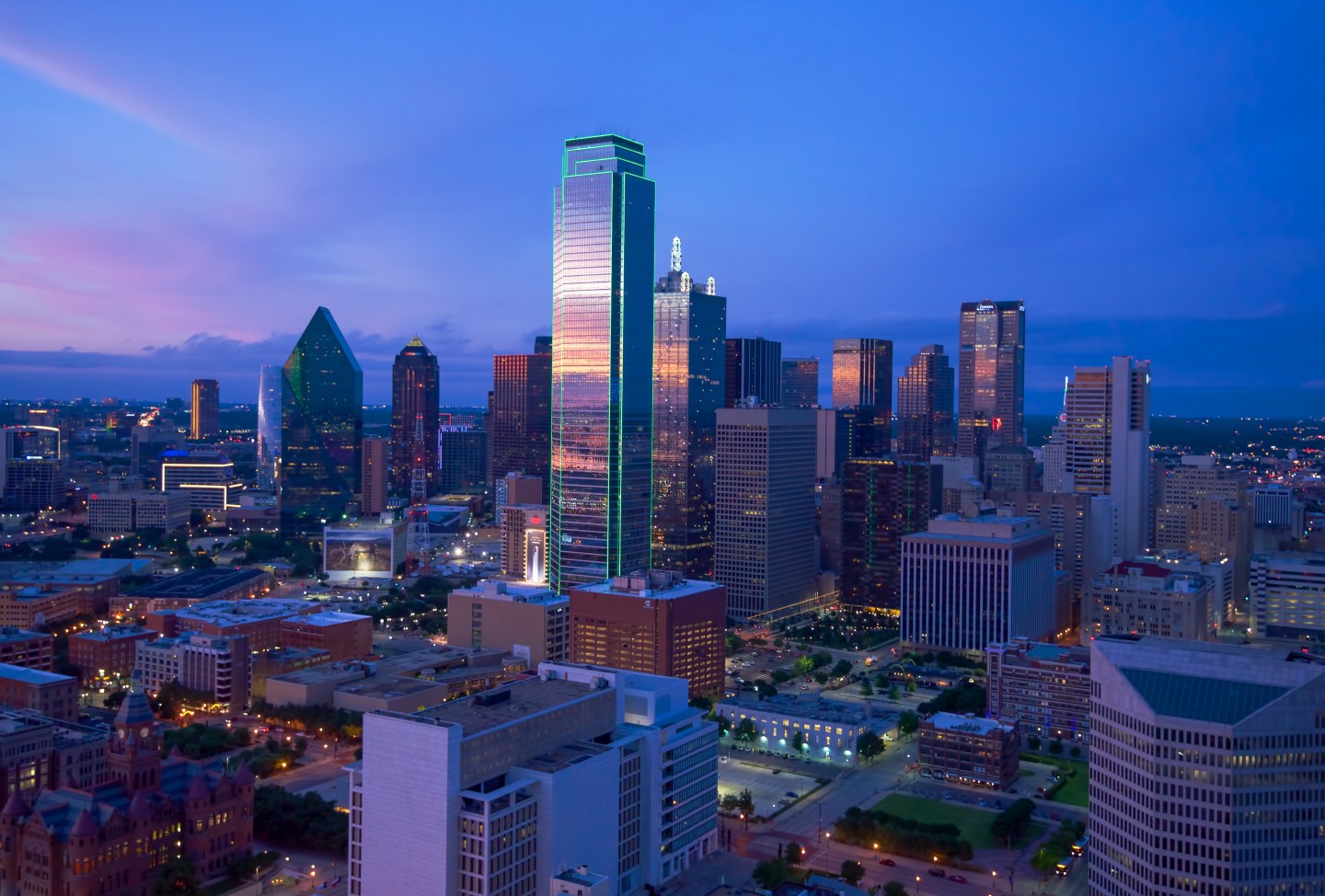 At its Developer Summit, running in Las Vegas parallel to the Consumer Electronics Showcase, AT&T today announced a series of corporate partnerships and debut cities for a new smart cities initiative. The project promises to bring everything from traffic monitoring to electric grid management to gunfire detection into one comprehensive ecosystem.

The program’s initial cities will be Atlanta, Dallas, and Chicago, and it involves a huge range of partnerships, with giants including Cisco, Ericsson, GE, IBM, and Qualcomm.

“We are going to go up the stack,” says AT&T Mobility CEO Glenn Lurie. “We are going to bring things that are complete solutions.” That means providing management and advisory services, coordinating hardware design and integration, and providing a single interface to collate real-time data from an array of sources. Lurie says that some of those interfaces will be powered by Internet of things company Jasper, which has also worked with AT&T (T) on connected vehicles.

The buzz around smart cities has been growing along with the Internet of things, as smaller, cheaper wireless sensors increase real-time monitoring capabilities. The primary benefits to cities are safety and efficiency. More connected cities can respond faster to everything from crime to natural disasters to terrorism, and prevent waste from things like undetected water leaks. The technology could also cut payrolls for hands-on monitoring of everything from bridge integrity to electric meters.

MORE: Ford Wants Your Car to Control Your Home

That provides clearly measurable financial and social returns on cities’ investment, which Lurie says makes selling the concept easy. “The cities are coming to us,” he says. “They’re looking for payback.”

Research and consulting firm Frost and Sullivan has projected that the global smart cities market could be as large as $1.5 trillion. “Whether [analysts] are wrong by a little or wrong by a lot,” says Lurie, “It’s a huge opportunity.”

WATCH: For more on smart cities.

Of course, the big question is who gets to address that market, and how. AT&T’s announced partnerships show the fine line between collaboration and competition—IBM, in particular, has its own ambitious global, comprehensive smart cities program. For now, Lurie says the emphasis will be on collaboration, rather than world domination.

“In some cases, we’ll be on point, and we’ll be the aggregator for that city. There may be situations where they’re already working with a city, and they bring us to be focused on connectivity. The space is so new . . . we’re gonna have to be flexible.”

AT&T does have one clear long term advantage in its quest to be a dominant end-to-end smart cities provider—its wireless network. Any eventual head-to-head competition could require the likes of IBM to go looking for other wireless partners. But Lurie says running smart cities won’t put a dent in AT&T’s existing bandwidth, because sensor tech is, in his words, “bursty, not thirsty,” using far less data overall than the smartphones and tablets AT&T’s network was developed to serve.