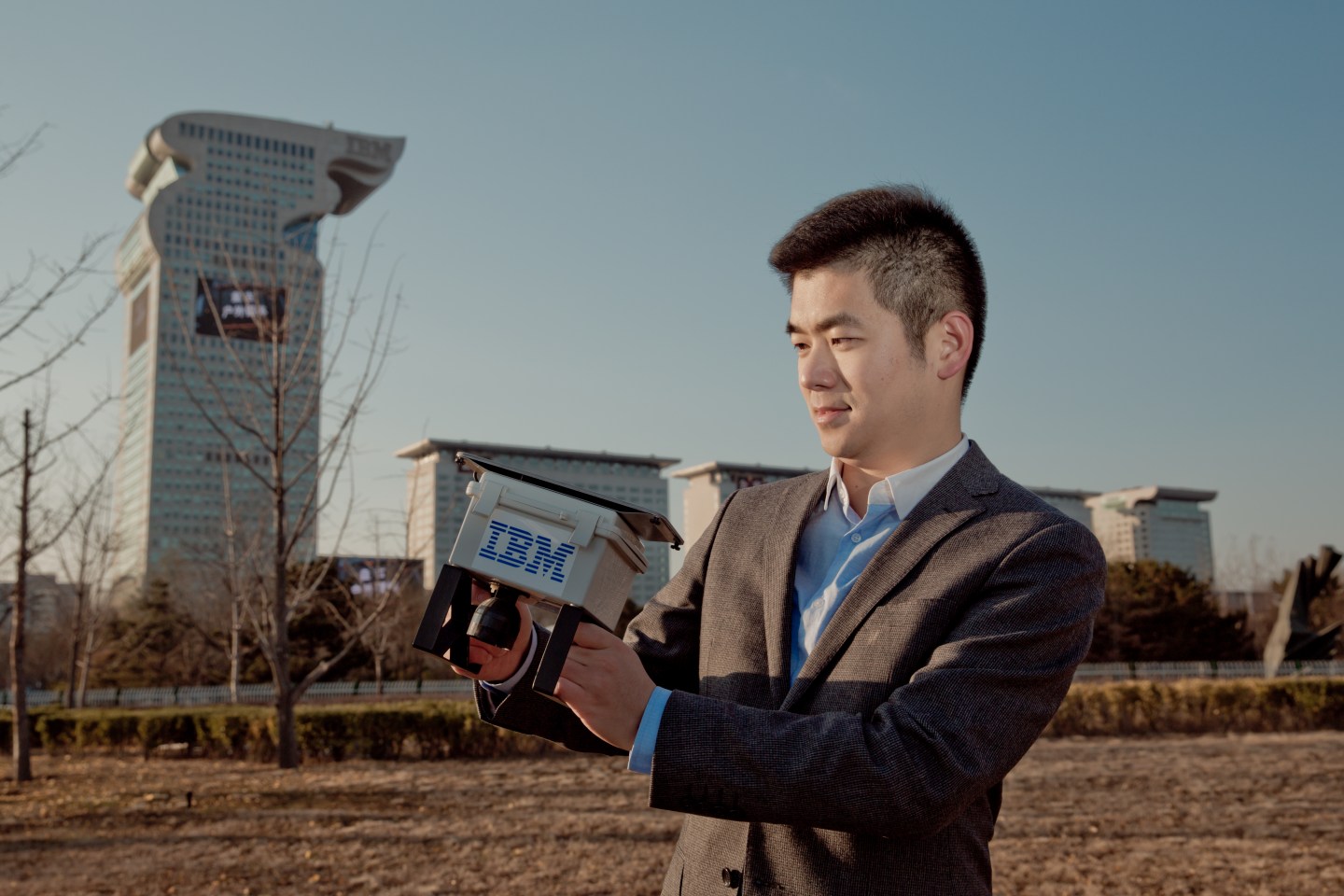 Just days after Beijing’s worst day of air pollution in recent history, IBM is highlighting its efforts to build stronger pollution monitoring and forecasting systems for cities. Big Blue’s China Research Lab has been developing a new system with Beijing’s Environmental Protection Bureau, and on Wednesday announced partnerships with similarly smoggy cities including Johannesburg and Delhi.

According to Dr. Hendrik Hamann, a lead researcher with IBM’s Green Horizons pollution and renewable energy forecasting program, Beijing’s current pollution monitoring methods are both too costly and too imprecise. Only a few dozen monitoring stations are spread out over the huge city, and though they’re highly accurate, there aren’t enough of them to get a detailed picture. IBM (IBM) and BEPB want to supplement those with a network of hundreds or even thousands of inexpensive, networked, low-maintenance sensors about the size of a shoebox.

Data from the sensors would be analyzed, using computer models incorporating weather patterns and even airborne chemical reactions, to produce 72-hour pollution forecasts detailed down to 1km-square areas.

It’s a melding of the Internet of things and big data that epitomizes the movement to smarter cities.

“Stating the obvious,” says Hamann, “What you can’t measure, you can’t manage.”

That’s certainly true of things like traffic congestion and local weather, but it demands the question—what exactly does it mean for a city to ‘manage’ pollution? And how important is it to measure it, compared to just getting rid of it?

On the surface, air quality monitoring can seem merely reactive. Local particulate pollution can spike from one day to the next due to weather patterns, and Hamann even compares a bad pollution day to a hurricane: “I can’t do anything about the hurricane, but I can protect the well-being of citizens.” In Beijing, protecting citizens against pollution means cancelling school for young kids, regulating air intake in big buildings, and government warnings against outdoor activities.

But of course, pollution isn’t quite like a hurricane—humans cause most of it in the first place, and they have some ability to control it, even day to day. Currently, Beijing’s air alert system gives the city broad powers to shut down construction and curtail industrial operations (including its nasty coal-fired power grid), and restrict driving, fireworks, and barbecues.

Those controls have substantial economic costs, and Dr. Hamann says the more granular forecasting IBM has developed would allow them to be more targeted—say, shutting down coal plants in only the parts of a city where it would do the most good.

Even temporarily shutting down coal plants, though, might sound like more short-term mitigation—a way to smooth out the smoggy peaks without changing the underlying problem. But Dr. Hamann believes better data will lead to longer-term improvements through a combination of scenario-based forecasting and public awareness.

Stronger modelling allows more detailed analysis of the costs and benefits of, say, upgrading public transportation to alternative fuels, adding smokestack filters, and increasing energy efficiency. “Look at places like . . . Los Angeles,” Hamann says, which battled its own smog problem for decades. “Through measurement, understanding of the problem, step by step, different actions were taken.”

Hamann thinks better measurement also works from the bottom up, by providing benchmarks that citizens can actually keep track of. That helps synthesize city dwellers’ individual coughs and wheezes into a collective project—in other words, information helps politicize pollution.

But in Beijing, officials haven’t embraced that idea, restricting access to information including the U.S. Embassy’s pollution readings. Though that mindset is improving, China is extremely dependent on coal for power. IBM’s super-accurate data won’t be able to fulfill its promise if those in charge prefer to keep things cloudy.