Why Beijing Just Issued its Most Severe Pollution Alert Ever 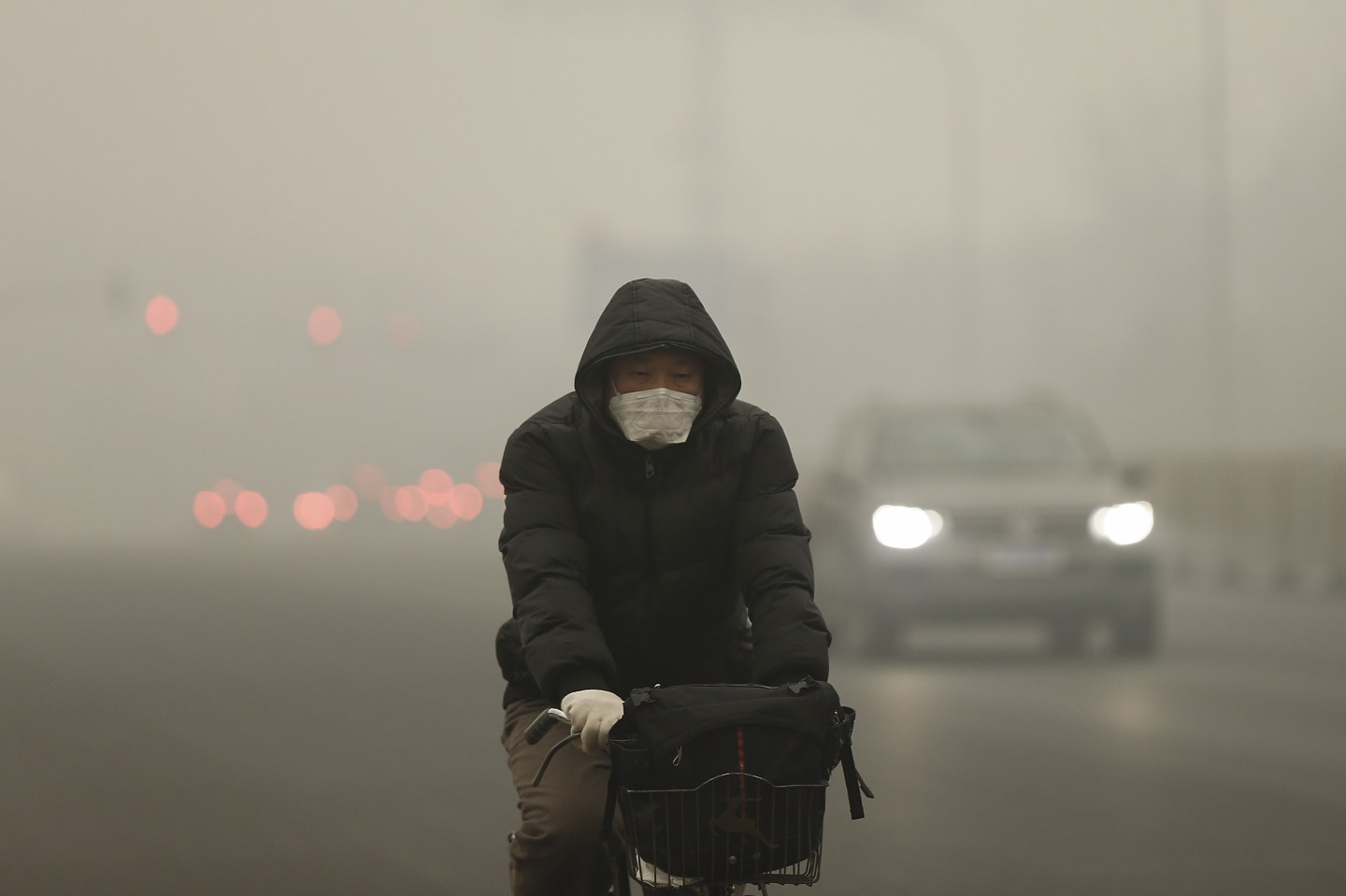 BEIJING, CHINA - DECEMBER 01: A man rides a bicycle on a day of heavy pollution on December 1, 2015 in Beijing, China. China's capital and many cities in the northern part of the country recorded the worst smog of the year with air quality devices in some areas unable to read such high levels of pollutants. Levels of PM 2.5, considered the most hazardous, crossed 600 units in Beijing, nearly 25 times the acceptable standard set by the World Health Organization. The governments of more than 190 countries are meeting in Paris this week to set targets on reducing carbon emissions in an attempt to forge a new global agreement on climate change. (Photo by Lintao Zhang/Getty Images)
Photograph by Lintao Zhang — Getty Images

Beijing upped its smog alert level from orange to red for Tuesday, marking the first time ever for the capital city.

The move comes as a haze set in on the city. Authorities updated the pollution alert for 7 a.m. December 8 to noon on December 10, according to Bloomberg, citing the Beijing Municipal Environmental Protection Bureau.

As a result of the conditions, outdoor construction is being halted and schools are being told to stop classes.

But Bloomberg notes that the red alert announcement comes even as the air pollution is less than last week’s. By 6 p.m. in Beijing, there were 208 micrograms of PM2.5, the measurement of such pollution, compared to 666 micrograms last week.

Earlier in December, Beijing’s Ministry of Environmental Protection called auto emissions the main reason for the city’s pollution. Other reasons cited include factory discharges and weather.