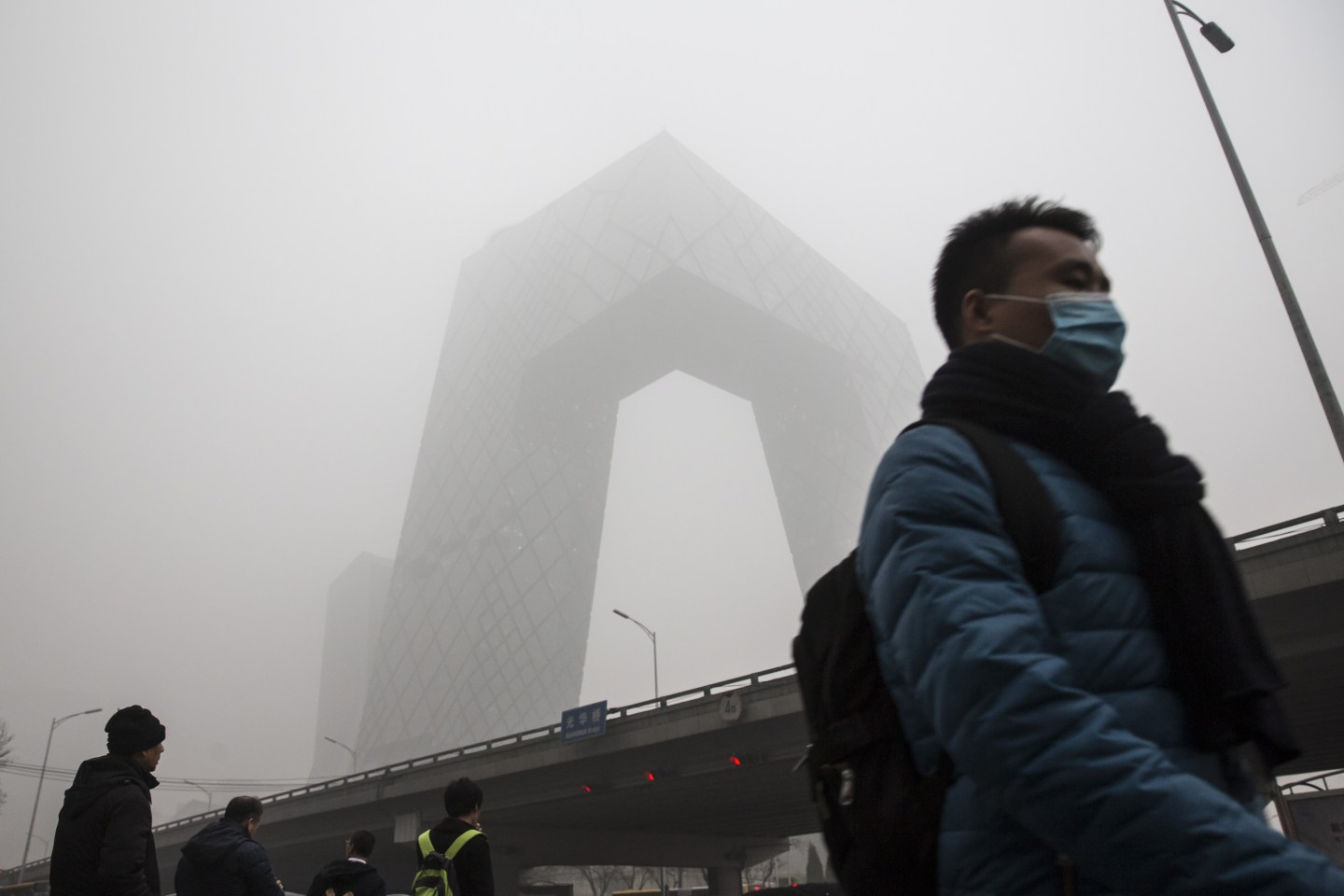 A pedestrian wearing a face mask walks past the China Central Television (CCTV) headquarters building shrouded in haze in Beijing, China, on Tuesday, Dec. 1. 2015. The round of air pollution that began last week is the heaviest of 2015, the Beijing environmental protection bureau said on its official microblog Tuesday. Photographer: Qilai Shen/Bloomberg via Getty Images
Photography by Qilai Shen — Bloomberg via Getty Images

Vitality Air, a Canadian company that sells bottled air, has found a lucrative market for its product as China’s pollution problem worsens.

The company was cofounded in 2014 by CEO Moses Lam and COO Troy Paquette. Through their Web site, Vitality Air sells fresh air captured from Banff and Lake Louise. The product was first sold on eBay in Ziploc bags and was priced at just 99 cents. Now it’s packaged in cans and sells for up to $32 apiece.

As Paquette told Fortune, the original idea was for it to be a novelty item. It hadn’t been designed as a medical device, but nevertheless the company has tapped a huge market in China as people try to find refuge from dangerous particle inhalation.

Before Vitality Air took off, the duo was selling an average of three-to-four cans per month. In just the last few days it has been “blowing up completely” with back orders and requests for express shipping. They bottle each product by hand without the help of any employees. According to the company’s website, they fill specially designed aluminum bottles “through clean compression, locking in the pure air without any contamination.”

The company recently shipped 500 units to China that sold out right away as Beijing’s smog alert was raised from orange to red. They have another 4,000 units ready, which Paquette says are “pretty much all spoken for.” He adds that, since the product has received media attention, they also have a lot of local people buying it as unique, novelty Christmas gifts. “We’re doing our best to keep up.”