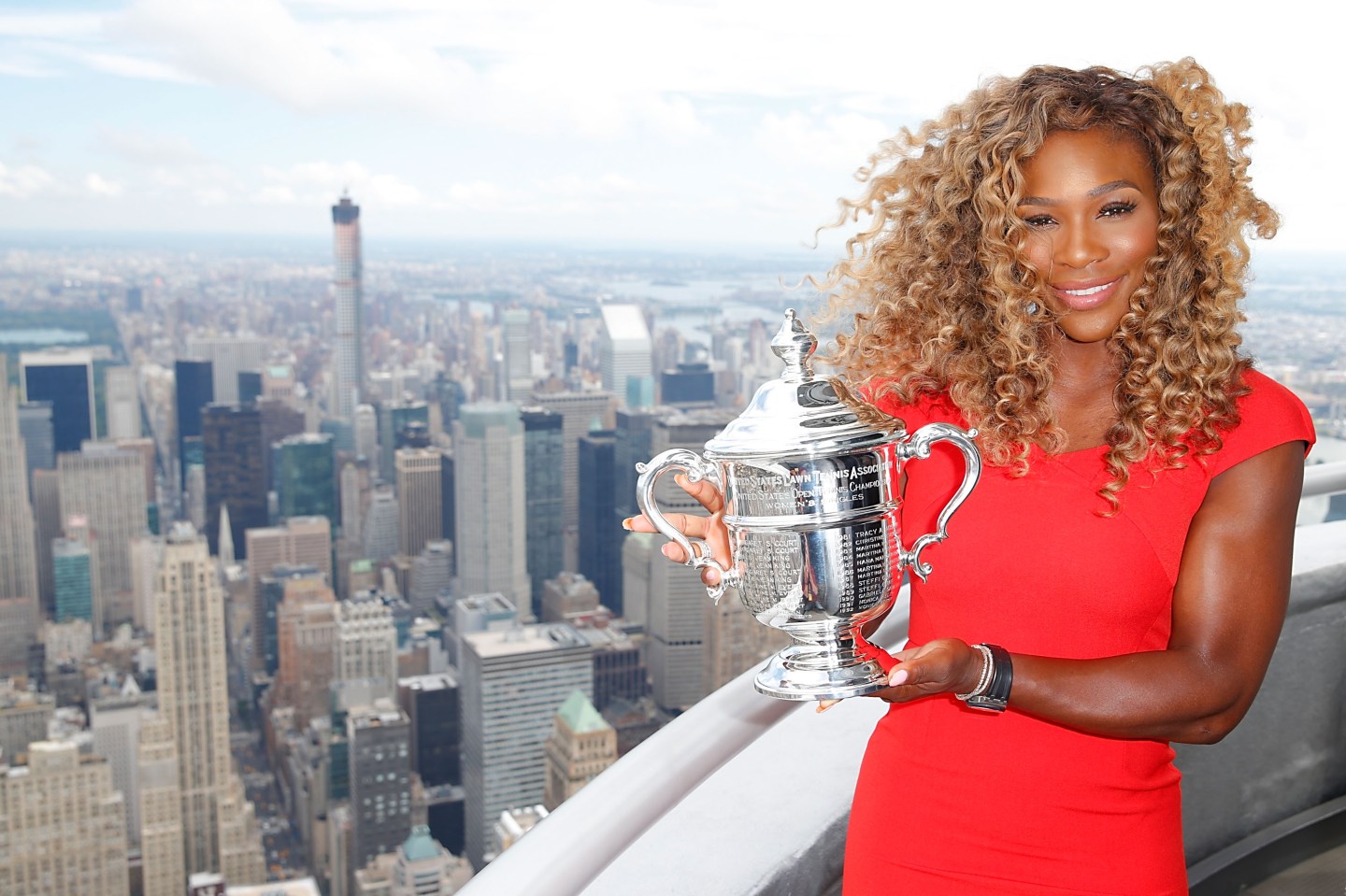 Serena Williams poses with the US Open Trophy on top of the Empire State Building during the 2014 US Open New York City Trophy Tour on September 8, 2014 in New York City.
Photograph by Joe Scarnici — Getty Images for WTA

Serena Williams was named Sports Illustrated’s Sportsperson of the Year Monday. One compelling part of S.L. Price’s cover story is the close friendship the star athlete has developed with Facebook COO Sheryl Sandberg.

For instance, Williams was Sandberg’s stalwart supporter and confidante when the Facebook executive’s husband, SurveyMonkey CEO Dave Goldberg, passed away suddenly in May.

According to Price, the relationship began after Williams, who had just finished Lean In, tweeted that she wanted to have dinner with Sandberg. Soon after, the two met for lunch. A friendship blossomed—and soon deepened.

Sheryl Sandberg RT “@NourDesoki: @serenawilliams If u gonna pick celebrity to have a dinner with….who's gonna be? #SerenaFriday”

“Williams was playing the Madrid Open when she heard [about Goldberg’s death]; she posted her condolences on Facebook, but that didn’t seem enough,” according to Sports Illustrated. “‘I just kept getting these messages from Serena, every couple of days—for months,’ Sandberg says.”

“She would write, ‘You have all my strength’ or ‘You are the strongest woman I know. You will get through this,'” said Sandberg, the article added.

The bond between the two prominent women grew stronger:

They talked often. Williams’s oldest sister, Yetunde Price, was shot to death in Compton in 2003. Williams opened up to Sandberg about her own grief, how she worked through it. She won Roland Garros, Wimbledon; the Grand Slam drumbeat began. “And they just kept coming,” Sandberg says of the messages. “For Serena Williams to say, ‘You have all my strength’? God, when you’re like where I was after Dave died, that feels like a lot of strength. I would feel like she was carrying me.”

Williams would tell stories to Sandberg’s children to help them through the difficult period:

Once she returned from Europe, Williams showed up twice at Sandberg’s Menlo Park, Calif., home. It wasn’t all gloom and grieving; they talked about dieting, Williams’s love life, goofy things her family did. More than once Williams helped Sandberg put her two children, 10 and eight, to bed, lying down and telling “incredible stories,” Sandberg says, “about her life and about trying and the times it was hard—and what she wants for them.”

At the time, Fortune wrote about Goldberg’s memorial service. And also covered the topic of grief at the workplace based on her experiences.