Tears and laughter at a celebration of Dave Goldberg’s life 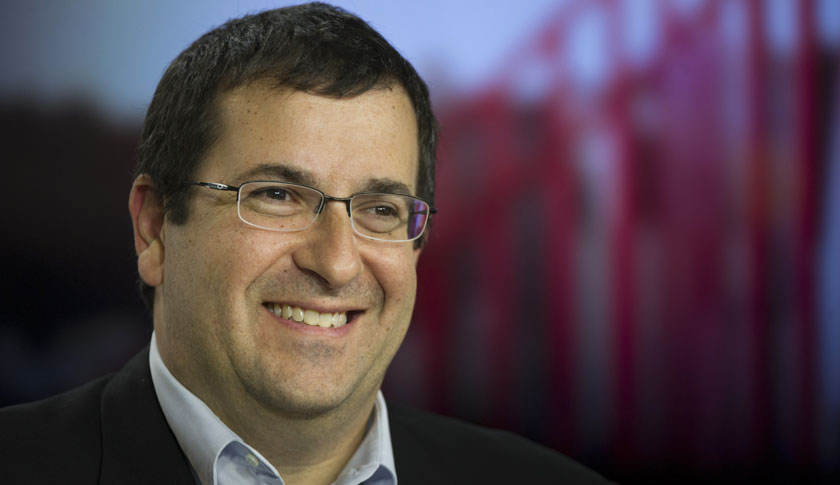 Hundreds of fortunate people packed into an auditorium on the sun-drenched campus of Stanford University Tuesday morning to celebrate the life of Dave Goldberg, a kind, humble, giving, intelligent, and fun-loving man they all agreed they were fortunate to know.

The elite of Silicon Valley turned out to pay their respects. So did Bono, who sang, and Ben Affleck, who had collaborated with Goldberg on a philanthropy project in Africa. What was remarkable, though, for all the bold-faced names and oversized achievements of Goldberg and his wife, Sheryl Sandberg, was that the celebration of his life truly was a tribute to a friend, a dad, and a husband. Five friends; Goldberg’s brother, Rob; his brother-in-law, Marc Bodnick; and Sandberg eulogized Goldberg. Very little of what they said was about business.

Goldberg was much more than his success as an entrepreneur, investor, and CEO of the online company SurveyMonkey. That the abruptness of his death contrasted with the fullness of his life was a solemn reminder to the workaholics and strivers in the room: Life is short, and there is more to it than work.

Goldberg died suddenly at age 47 on Friday while on vacation with Sandberg and other friends near Puerto Vallarta, Mexico. His family has yet to release a specific cause of death beyond stating that he died while exercising in the gym.

On Tuesday, invited guests filled the Stanford Memorial Auditorium for a partly religious service led by his family’s rabbi, Nat Ezray. Bono sang his song “One,” swapping out “Jesus” for “Abraham,” in a nod to Goldberg’s Jewish faith. The rabbi used a Yiddish word, mensch, to describe Goldberg, as well as the Hebrew words for love and righteousness. The love for Goldberg was on display everywhere in the crowd of middle-aged people unaccustomed to mourning one of their own. The true righteous man is unique, the rabbi noted, and though it is cliché and even common to say kind things of the dead, no one would disagree that Dave Goldberg was that rare righteous man.

The auditorium hushed as Sandberg rose to be the first to eulogize her husband. In one moving tribute, she was simultaneously the poised, articulate public speaker the world knows her to be and also the bereft, tearful wife and mother the world would expect anyone to be. She both maintained and lost her composure as she recounted joyously, amusingly, and tearfully the 11-year marriage she and Goldberg shared. She made him a series of promises, some lighthearted, some heart-renderingly serious, including to continue to be the parent he would have wanted.

Goldberg’s friends told touching stories of his life of friendship, stories that revolved around poker games and vacations and the advice that they frequently asked Goldberg for and that he freely dispensed. Goldberg was very much one of the boys, notable given his undisputed feminist credentials. Yet he wasn’t the type to pile on with mean-spirited humor. That said, he could tease with the best of them. Chamath Palihapitiya, the former Facebook executive and current venture capitalist, was a frequent butt of the good-natured jokes among Goldberg’s poker crowd. He called Goldberg his “big brother,” who had an uncanny ability to know when Palihapitiya was bluffing. He had the toughest time of any speaker fighting through his tears to finish his remarks.

The 90-minute service concluded with the auditorium rising to recite the Jewish prayer for the dead, which concludes with a plea for peace. Goldberg’s family and a large group of friends left through a side entrance to attend a private burial service. His other friends spilled out onto the steps of the building to reminisce, laugh, hug, and remember the life of a remarkable member of their community who left them too soon.

For more about Dave Goldberg, watch this Fortune video: