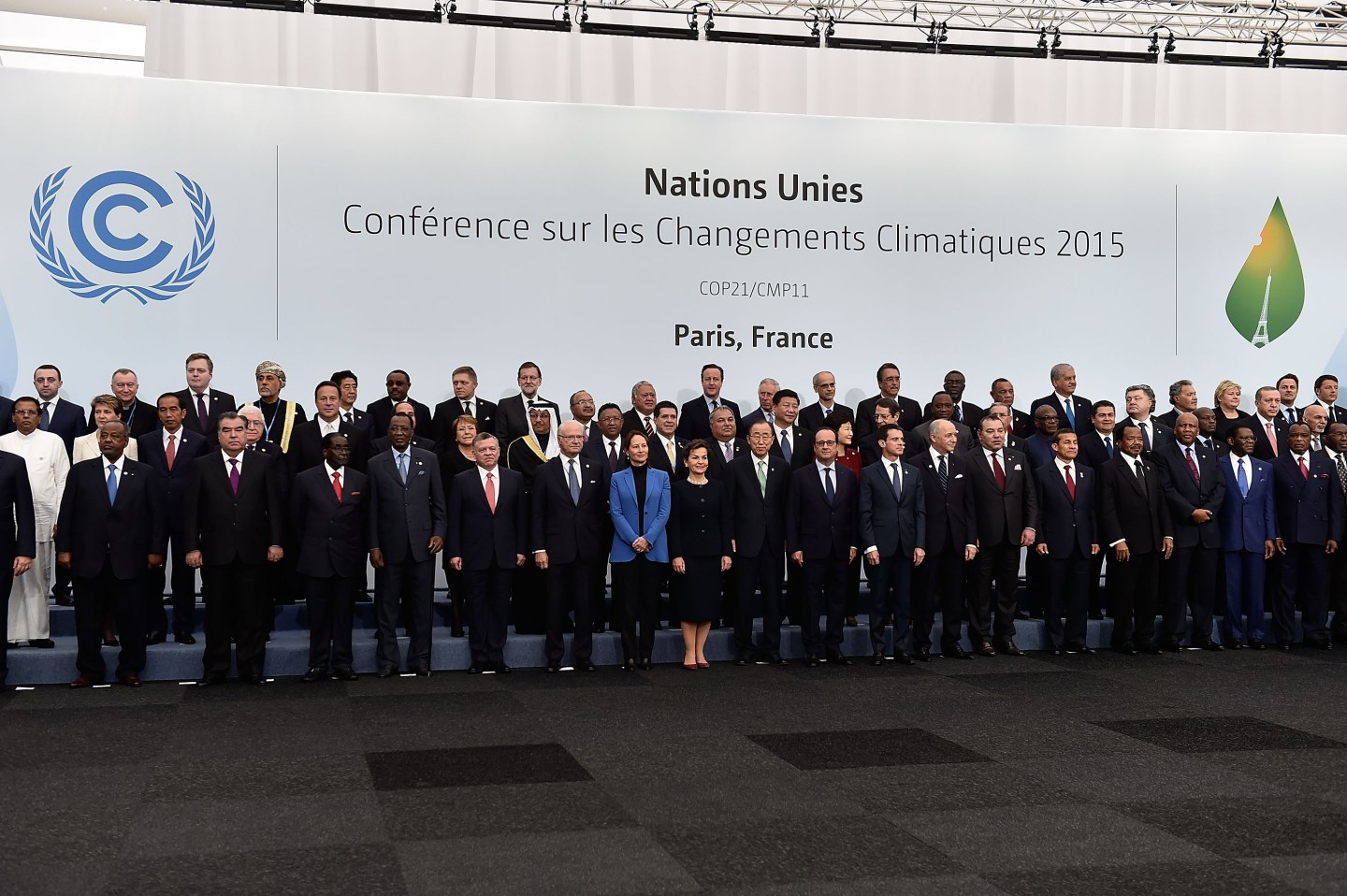 An awful lot of carbon-absorbing trees were cut down to print newspapers this morning filled with long analyses of the 195-nation Paris climate accord. We will spare the trees and save you some reading time here.

The agreement aims to hold global warming to “well below” two degrees Celsius from the levels of the Industrial Revolution, and puts in place a system for tracking efforts to cut carbon emissions and report on progress every five years. Rich countries agree to help finance the efforts of poor ones, to the tune of $100 billion a year.

But for the most part, the agreement sets goals, not requirements. Indeed, it almost fell apart at the 11th hour because someone inserted the word “shall” – which in the arcane world of global agreements suggests mandates – for the less onerous “should.” Among other things, that change would have required President Obama to get approval from Congress. In the end, “should” was reinserted, and the deal was saved. Huzzah.

Whether the agreement lives up to its description as “historic” depends entirely on what happens next. Government policies will provide part of the answer. But we think the Paris accord mainly puts the ball back where it belongs — into the hands of forward-thinking businesspeople and entrepreneurs who ultimately must find practical solutions to the world’s energy problem. (Fortune will be assembling the best of those folks next May 16-17 at our Brainstorm E conference in Carlsbad, California, to scope out next steps. You can request an invitation here.)

Separately, count shareholder activist Dan Loeb this morning as a sore winner. The merger-and-then-breakup of Dow Chemical (DOW) and Dupont (DD) is exactly the sort of thing he’s been pushing for over the last couple of years. But Loeb now claims the deal “was rushed through” before his standstill agreement with Dow expired, to prevent him from weighing in. And he wants to make sure Dow CEO Andrew Liveris “doesn’t have any role in a post-merger entity.” Details here. (Subscription required.)