This Ruling Could Make or Break Pandora 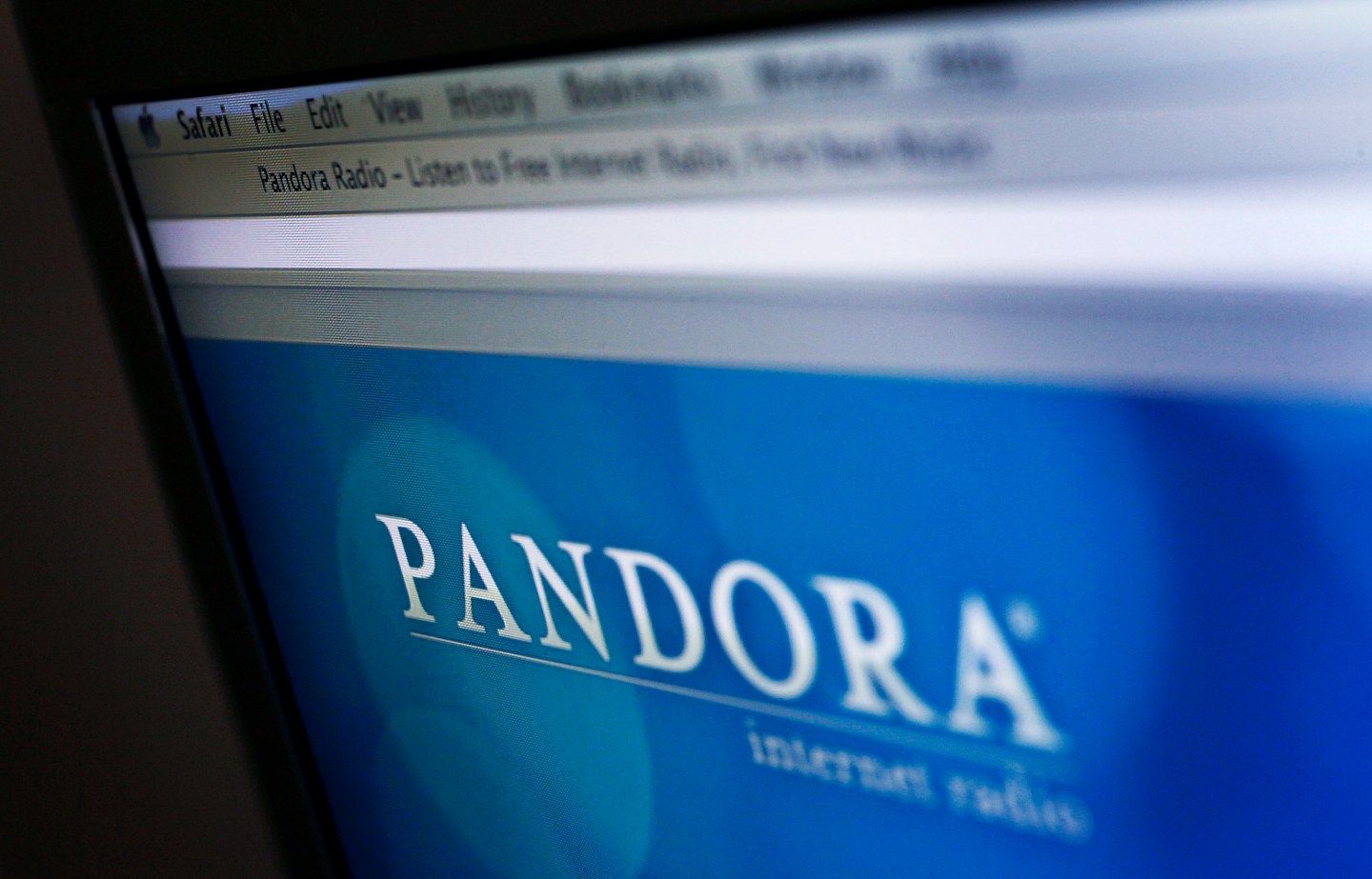 The Pandora Media Inc. internet radio website is displayed on a computer monitor for a photograph in New York, U.S, on Friday, March 2, 2012.
Photograph by Victor J. Blue — Bloomberg via Getty Images

The federal Copyright Royalty Board is scheduled to issue a ruling on Tuesday to set royalty rates for Internet radio companies, including Pandora, and determine how much they’ll pay record labels for the next five years.

Spotify and similar services negotiate directly with the music industry, but Pandora is subject to a licensing system under federal copyright law. The New York Times reports that Pandora currently pays 14 cents for every 100 songs, which the company’s CFO, Michael S. Herring says has been a fair rate that provides “healthy royalty payments” while also ensuring that distribution companies like Pandora can continue to “function and be successful businesses.”

SoundExchange, a non-profit licensing agency that collects royalties on behalf of recording artists, has requested that the board raise the rate about 80% to 25 cents. Pandora wants it lowered to 11 cents.

Even at the current rate, the company isn’t profitable. “Under the existing rate structure, they’re not making any money,” media analyst Alice Enders of Enders Analysis told the Times. “Anything other than the status quo is going to be dreadful for Pandora.”

Pandora has been involved in these copyright board proceedings since the beginning of 2014. Uncertainty over royalties coupled with the company’s slowed user growth has put a strain on its stock, which is down by about 30% this year. An unfavorable ruling could lower it even further.

On the other hand, Richard Tullo, an analyst at Albert Fried & Company, predicts that if rates are decreased Pandora’s stock will explode.