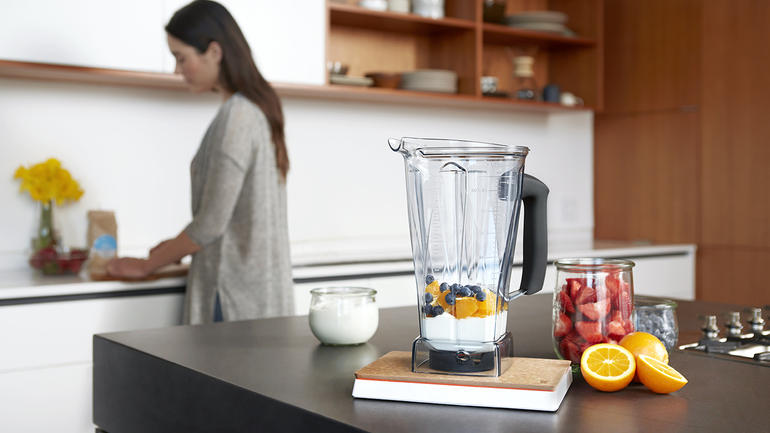 The Orange Chef, the maker of a connected kitchen scale and several non-connected products sold at Williams Sonoma stores has been purchased by Yummly. The deal helps salvage the assets of The Orange Chef, which was backed by Google (GOOG) and brings Orange Chef CEO Santiago Merea to the position of chief revenue officer at Yummly. Yummly is an app that offers recipes.

The Orange Chef had struggled to launch an announced series of products in its Countertop line that would link established kitchen brands such as a Vitamix blender and Crock-Pots to the Internet and products like Jawbone fitness trackers. However, it also stopped developing a previous product, a connected scale called the Prep Pad, that tracked what ingredients you put into it and then measured the nutritional information of the food you were cooking.

Reviewers on sites like Amazon and WilliamsSonoma.com complained that after they purchased the Prep Pad scale, updates to their iPhone’s operating system essentially caused the device’s accompanying app to stop functioning. After paying for a $150 connected kitchen scale that helped track their nutritional goals, these users were left with a kitchen scale that didn’t perform as advertised. Merea says that the app is updated and will continue to be supported, but new features won’t be added.

When asked about the Countertop products and if they will come to market, Merea said it wouldn’t be in the form of hardware, but much of the promise around using data to offer personalized food recommendations would make its way into Yummly’s products. This is why Yummly and The Orange Chef signed this deal, which brings 60% of The Orange Chef’s staff over to Yummly. Merea did not give a number for the staff or the total value of the deal.

However, Yummly’s 11.5 million users will be a much larger draw than the 30,000 current users of the Prep Pad connected scale, said Merea, adding this will help attract big food and appliance brands that Yummly needs to establish partnerships in the industry.

He also says that Yummly didn’t buy the intellectual property associated with the Prep Pad scale—Merea retains control of that. So if there is someone interested in and buying up the assets and supporting a community of smart scale owners, Merea might love to offload the burden of supporting a $150 connected product. Unfortunately for connected devices, the Silicon Valley ethos of failing fast isn’t an option.