Buying Jos. A Bank Has Been a Catastrophe for Men’s Wearhouse 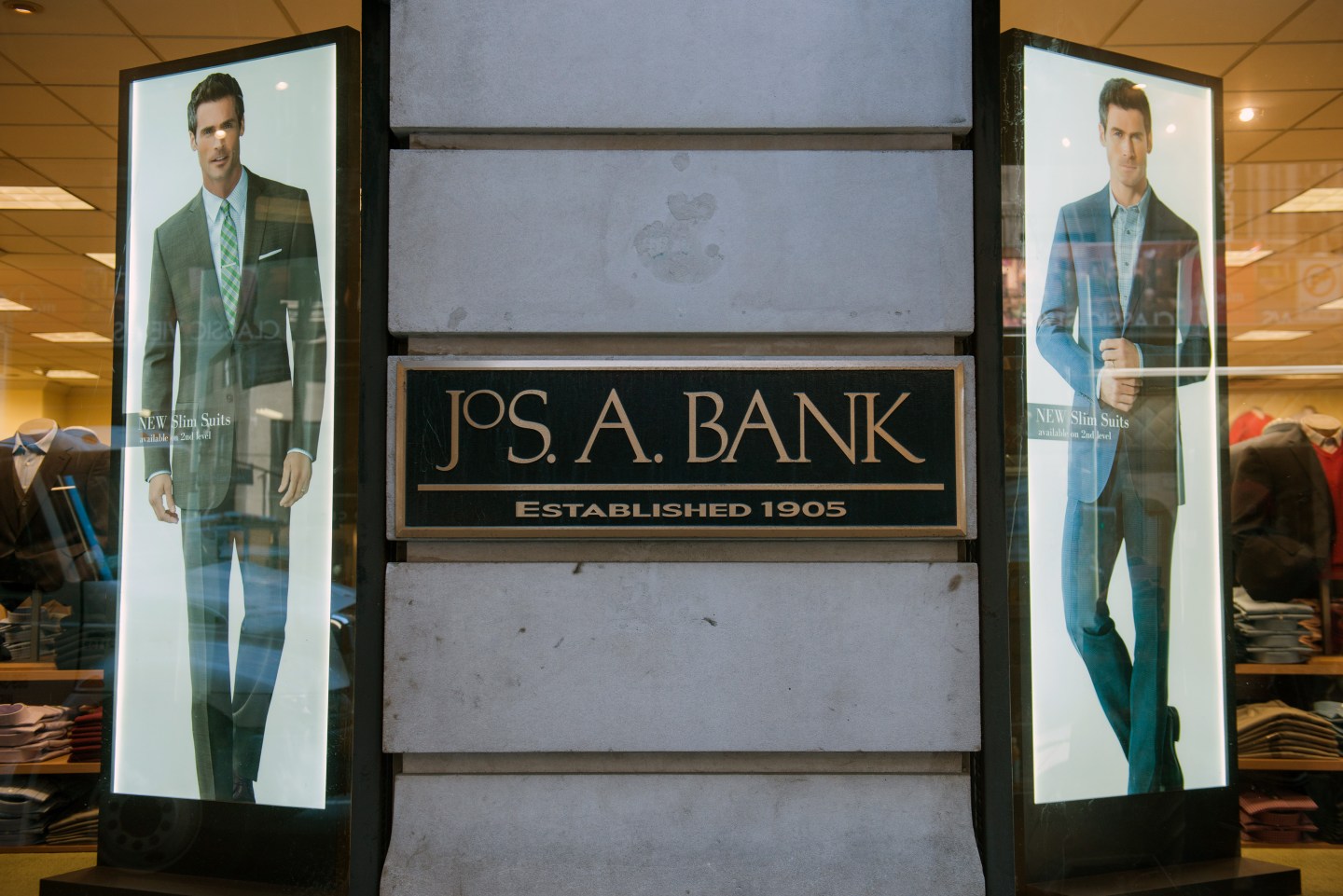 When Men’s Wearhouse (MW) bought rival clothier Jos. A Bank for $1.8 billion early last year after a five-month long saga, the retailer touted the deal as the creation of the fourth-largest men’s apparel chain in the United States, with annual sales of about $3.5 billion. The acquisition, Men’s Wearhouse claimed, would also lead to cost synergies and new customers.

It hasn’t worked out that way.

Men’s Wearhouse shares were down 20% on Thursday afternoon, giving the company a stock market value of $710 million, barely more than a third of what it paid for Jos. A Bank. Talk about shareholder value destruction. And to think, Men’s Wearhouse and Jos. A Bank were so eager to combine that the two had five acrimonious months of bids and counter bids leading up to the ill-fated deal.

As Fortune wrote last month, getting shoppers to give up deals is nearly impossible, as countless retailers keep learning. J.C. Penney saw sales fall 25% in 2012 after former CEO Ron Johnson jettisoned the coupons and constant discounting shoppers had come to expect. The department store is still recovering from that decision. Coach, trying to restore its once upscale aura, saw huge double-digit percentage drop-offs when it eliminated a ton of online sales last year.

Ewert recognized what a bloodbath this has been, and tried to soothe Wall Street fears with a series of new initiatives.

“There is not much that’s off the table,” Ewert told Wall Street analysts on a conference call Thursday, pointing to the need to end 35% sales declines. He didn’t offer specifics, but he said he was considering every way to cut costs, including closing stores and slashing jobs. He has also hired turnaround experts Alix Partners.

But one thing he said he won’t do is cut his losses by dumping the Jos. A Bank brand.

“We’re not anywhere near that,” said Ewert. “This is a core brand for us. It attracts a different customer than we see in any of our brands. This company is in our sweet spot from a strategic standpoint, and we’re going to turn this around.”