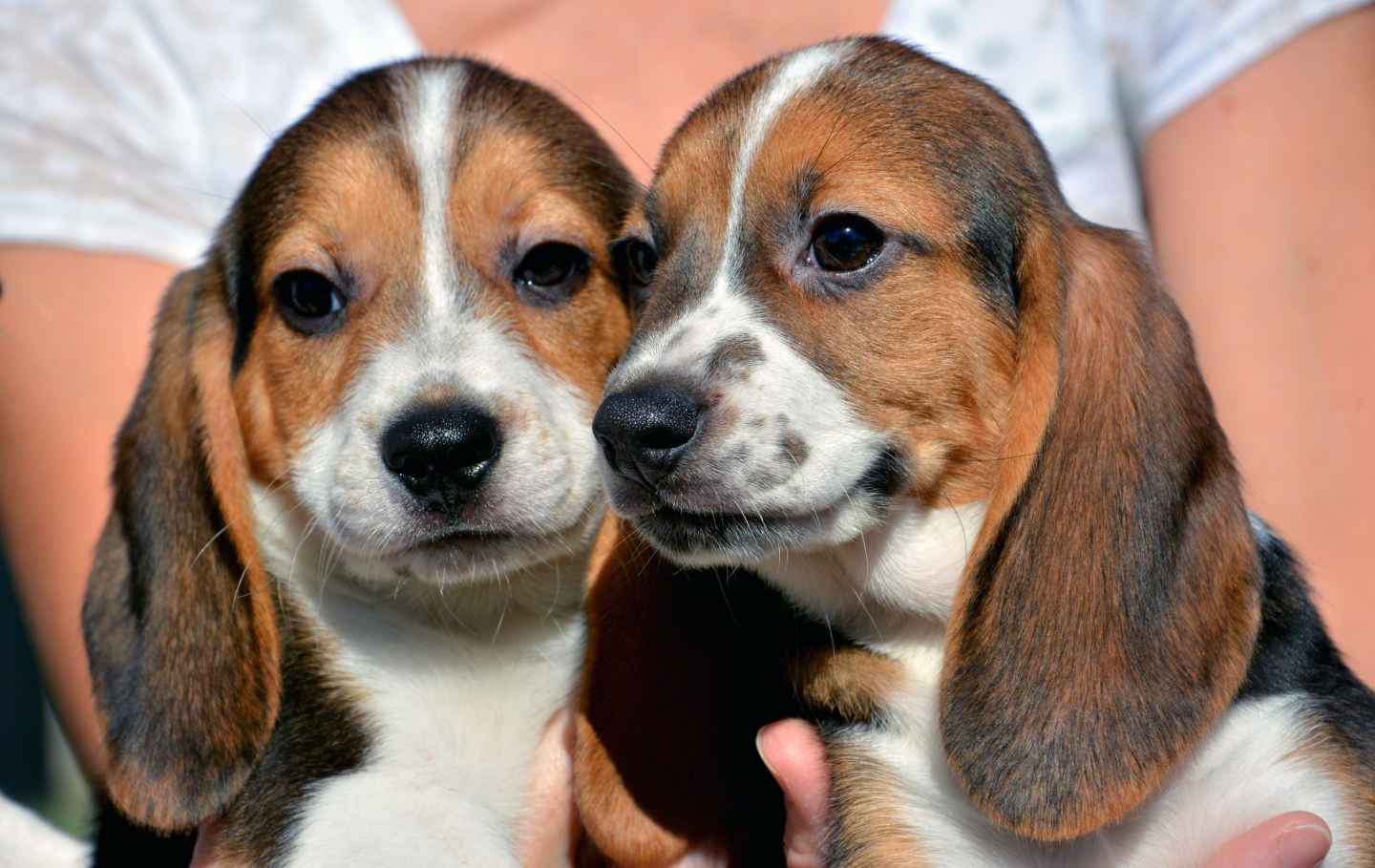 This Sept. 29, 2015, photo provided by Cornell University College of Veterinary Medicine shows seven week-old puppies born by in vitro fertilization at the Baker Institute for Animal Health in Ithaca, N.Y. The advancement opens the door for conserving endangered species of canids and for eradicating heritable diseases in dogs. (Michael Carroll/Cornell University College of Veterinary Medicine via AP)
Photograph by Michael Carroll — AP

After about 40 years of failed attempts, the first puppies conceived using in-vitro fertilization have been born.

The puppies were part of a study published in scientific journal PLOS ONE on Wednesday by Cornell researchers. Seven puppies, beagles and beagle-spaniel mixes, were born to a surrogate mother over the summer, but the BBC reports that it had been kept under wraps until it was officially announced to the scientific community this week.

According to the Cornell Chronicle, scientists have been experimenting with IVF in canines since the 1970s, and this is the first time that it has been successful. The researchers implanted frozen embryos into a female surrogate with similar IVF techniques used in humans.

Travis believes that this marks an important milestone. The study states that there is an increasing interest in using canine models for biomedical research. This new technology could be used to study diseases in both dogs and humans. Dogs share more than 350 heritable diseases with humans, which is nearly twice as many as any other animal. Additionally, IVF in canines can be used to help the conservation of endangered species, including the African wild dog.