This is the Worst Toy of the Year by Far 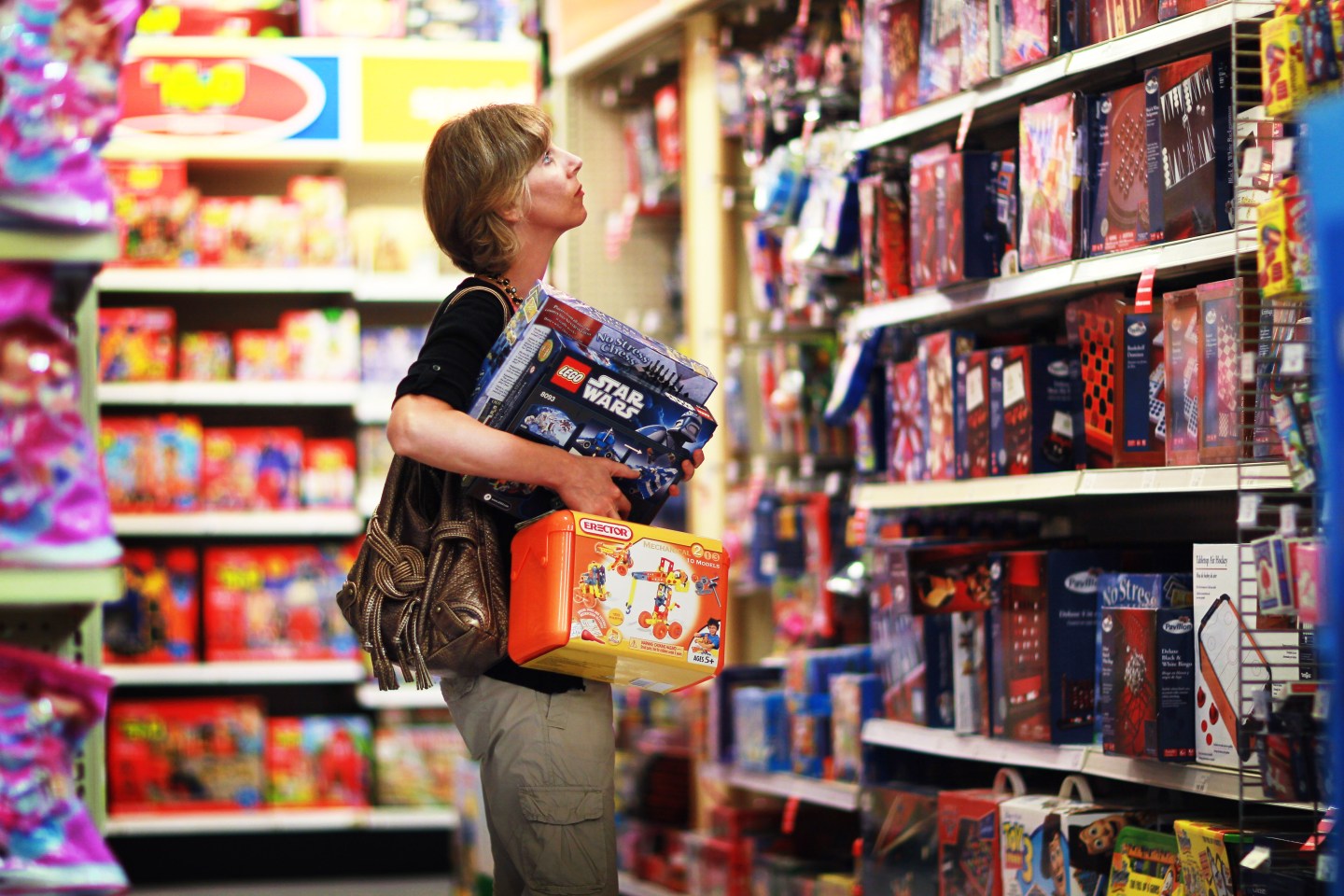 MIAMI - SEPTEMBER 28: Melissa Brunschwig shops for toys at the Toys"R"Us store on September 28, 2010 in Miami, Florida. Toys"R"Us announced today it will hire about 45,000 employees to help with the holiday season, a larger number than in previous holiday seasons. (Photo by Joe Raedle/Getty Images)
Photograph by Joe Raedle via Getty Images

Each year the Campaign for a Commercial-Free Childhood holds a contest to determine the Worst Toy of the Year. This year’s winner by a landslide is Mattel’s Hello Barbie.

Hello Barbie is designed to hold a conversation with your child. She’ll ask questions to encourage a response, which the toy will then record and transmit to a third party. As Consumerist reports, the recordings are supposedly used for testing in order to “improve speech recognition technology and artificial intelligence algorithms, or for other research and development and data analysis purposes.”

If you already don’t like the idea of your child’s conversations being listened to by some anonymous toy researcher, then you probably won’t be too happy with Hello Barbie’s shortcomings. Bluebox Labs examined the security of the doll’s mobile components and found a few flaws.

Hello Barbie utilizes a mobile app that connects to Wi-Fi, but the doll will connect to any network that includes “Barbie” in its name whether it’s secure or not, putting transmitted data — your child’s private conversations — at risk. Bluebox also discovered that both the mobile app and the cloud-based server that receives the data are vulnerable to hackers.

Josh Golin, the CCFC’s executive director, said that Hello Barbie, which retails for $74.99, “threatens children’s privacy, wellbeing, and creativity,” making it “the perfect storm of a terrible toy.” With 57% of the votes, the doll received more than the five other nominees combined.

Fortune has asked Mattel to comment on this story.

Other contenders for the 2015 TOADY Awards (Toys Oppressive and Destructive to Young Children) include a Bratz #Selfie Stick with Doll and the Brands We Know book series, which teaches children about popular brands like Coca Cola and McDonald’s.

The World Against Toys Causing Harm, otherwise known as W.A.T.C.H., also weighed in on what it believes are the worst toys of 2015, choosing the top 10 that fail to address safety concerns.

Mattel at least received some positive press this week when it released a Barbie doll in the likeness of “Selma” director Ava DuVernay.