The Hottest New MBA Is Not an MBA at All 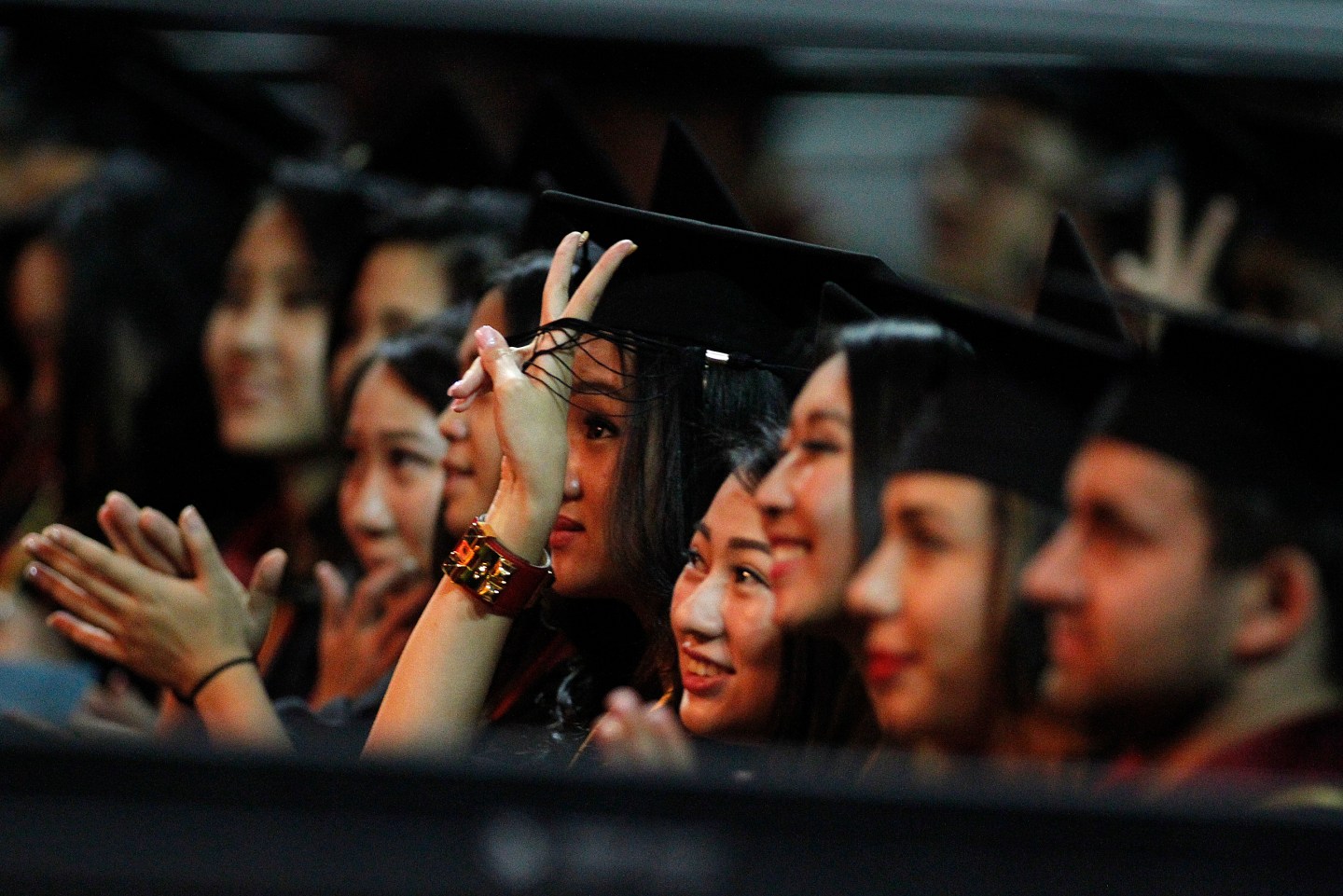 For many mid-tier business schools, the last few years have been tough.

The hyper growth of the MBA degree, making it the most popular graduate degree in the U.S., has stalled. Some schools, including Wake Forest University and Simmons College, have recently pulled out of the full-time, on-campus MBA market after years of declining applications and enrollment. And only three months ago, Rochester University’s Simon School of Business slashed the price of its two-year MBA by nearly 14%. Meantime, enrollment in many part-time MBA programs—long a profit-making mainstay of business education—has been sliding as well.

Against this sobering backdrop, however, alternatives to an MBA are multiplying in business schools, as increasing numbers of specialized master’s degree programs offer a quick ticket to a job. Since around 2009, top schools have been adding such programs at a dizzying pace, both in traditional fields such as finance and marketing as well as in hot fields such as business analytics and big data and a broad spectrum of other business niches.

But business school insiders warn that some schools see the increasingly popular master’s degrees as a license to print money, and may not provide the outcomes students desire.

For people considering graduate business education, a specialized master’s presents an opportunity for a jumpstart into business, and keeps open the possibility of getting an MBA later, when advancement or a movement into general management may require it. Many programs are aimed at recent college graduates, while a smaller number offer an early- or mid-career boost.

“We don’t see these programs as sort of ‘MBA lite,’” says Eric Johnson, Dean of the Vanderbilt University Owen Graduate School of Management. “They really are much closer to undergraduate programs on steroids.”

Most programs require the GMAT or GRE exam, but unlike MBA programs significant work experience is often not necessary, although technical degrees generally have undergraduate-level course or degree prerequisites for enrollment.

In the University of Texas McCombs School’s business analytics MS program—which last year had 650 applications for a 60-seat cohort—starting salaries for graduates who had come straight into the program from college was $75,000 for 2013 and 2014, with a median salary of $89,000 among all students in the two classes. The school’s 2014 MBAs, in contrast, received starting pay of $107,000. All but one of the graduates of the two business analytics classes were employed by 60 days after finishing the program.

Getting a specialized master’s degree from a business school is generally much less costly than getting an MBA, mostly because it usually takes a year or less. But tuition is not cheap. Three of the master’s programs at NYU Stern School of Business run at around $69,000 for the year. Carnegie Mellon University’s 16-month MS in computational finance, housed at the Tepper School of Business, costs more than $80,000.

The Kelley School’s Philip Powell believes rigor adds impact to a master’s program. “If you can introduce a program more rigorous than an MBA, that’s a disruptive way to think about an MS program, and that’s the way to deliver value,” Powell says. “We’ve learned that if an MS program is going to be successful, in some ways it needs to be tougher than the MBA.”

The specialized programs generally attract large numbers of international students. The University of Michigan Ross School of Business master’s in supply chain management students are about 90% international. Financial engineering programs at UCLA Anderson and Carnegie Mellon Tepper attract some 80% foreign students, while the master’s in management at the Duke University Fuqua School of Business attracts 43% internationals, and business analytics at McCombs takes in 37%.

Moving down the rankings from the top, the number of specialty master’s programs swells. Among Poets&Quants‘ top 25 business schools, only three have five or more specialized master’s programs, while more than half of the next 25 schools offer them, some in vast numbers: the USC Marshall School of Business, ranked 26th, has 11 degrees, and the No. 50 Temple University Fox School of Business has a whopping 13.

Also in the lower half of the top 50 are offerings in many niche fields, on top of the more widely available degrees in areas such as accounting and finance. USC Marshall, for example, confers master’s degrees in finance and marketing, but also in medical management, business for veterans, and management in library and information science. Temple Fox’s lineup covers popular fields such as marketing, accountancy, and business analytics, and also narrower areas including cyber security and actuarial science.

In fact, once you get down into the lower half of the top 50 B-schools, you’ll find a program for just about any career direction, from biotechnology management at the U.C. Irvine Merage School, to global real estate at the Wisconsin School of Business, to sport management at SMU’s Cox School, to government contracts at George Washington University.

Specialty programs have been multiplying and growing in class size as a result of a confluence of factors. On the student side, there’s growing demand among college graduates who want a quick boost that will differentiate them from others with undergraduate degrees. On the employer side, technological advancement has ratcheted up competition in every sector, and companies want to hire employees who can start producing right away, with little or no training.

But would-be specialty master’s students beware: among the many useful programs are a few that were ill-conceived, and are less likely to give graduates the outcomes they want, warns Tim Westerbeck, founder of the business school consulting firm Eduvantis.

“It is not an uncommon situation to go into a school that says, ‘Gosh, we thought this was a really good area to offer a program in…but it turns out we’re having trouble competing,’” Westerbeck says.

Almost always, when there are problems it is because school administrators have not paid enough heed to local market conditions: both the job market for students, and the competitive environment with other schools, Westerbeck says.

Indiana University Kelley School of Business’s Philip Powell is even warier of the specialized master’s degree at many institutions.

Powell attributes the explosion of specialized master’s programs in large part to declining demand for MBA degrees. “The cost of the MBA has risen faster in real terms than the benefits, and anytime that happens in a market that’s going to open up demand for alternatives that give a better value proposition. Opportunity cost of the residential MBA, it’s just gotten too high,” Powell says.

To be successful with an MS program, a school has to start with the question of career placement, Powell says. “You begin with the end in mind; you just don’t slap courses together and hope students show up, ” he says.

Unfortunately, there are plenty of schools who are doing that.