France’s Police Want to Get Medieval on the Anonymous Internet 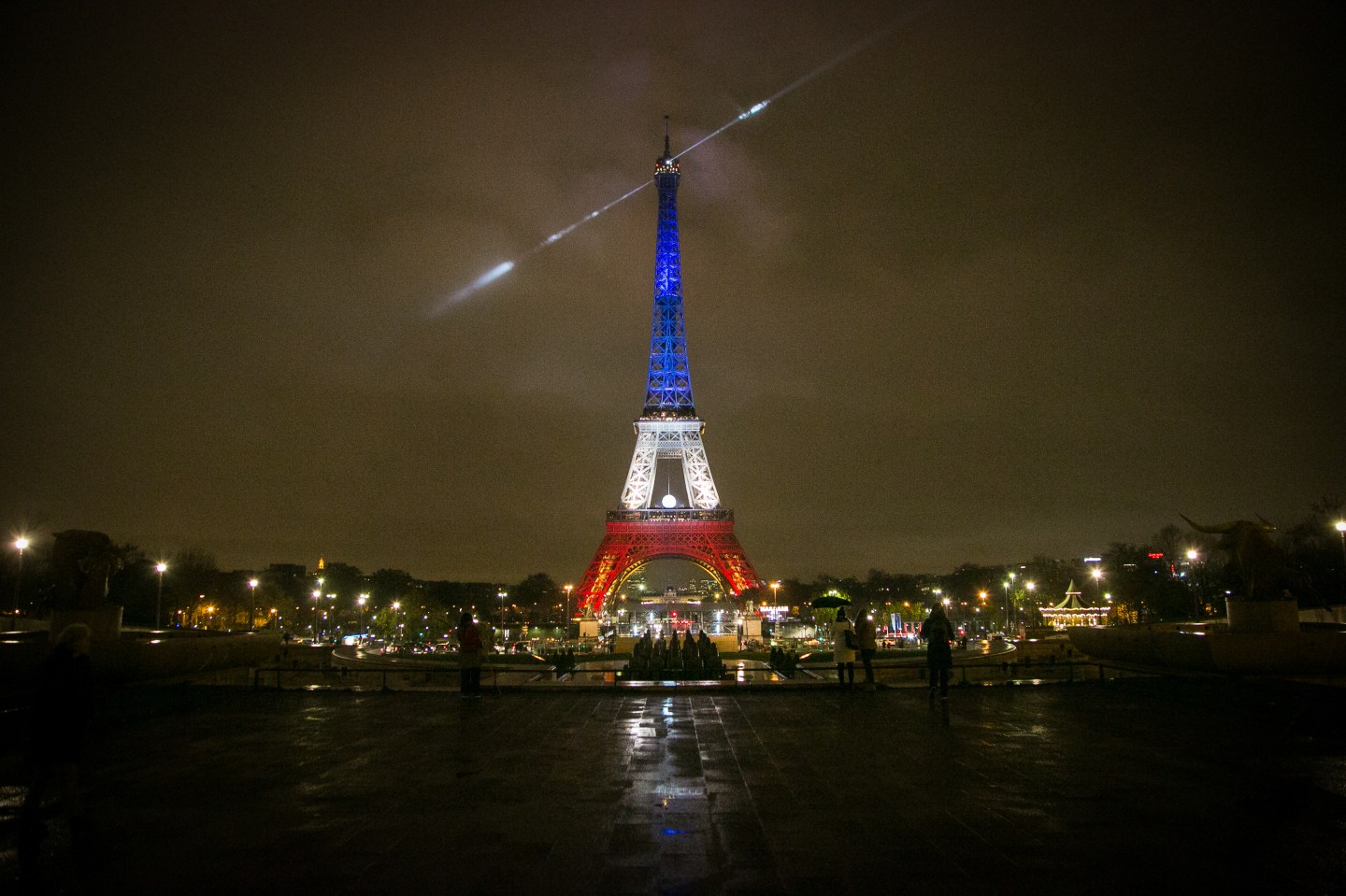 PARIS, FRANCE - NOVEMBER 24: An artwork entitled 'Earth Crisis' by US artist Shepard Fairey is displayed on the Eiffel Tower illuminated in the colors of the french flag 'Blue-White-Red', as part of the organisation of the Conference on Climate Change COP21 on November 24 in Paris, France. The climate change conference COP21 will gather 193 countries in Paris from November 30 to December 11, 2015. (Photo by Marc Piasecki/Getty Images)
Photograph by Marc Piasecki—Getty Images

French police have drawn up a wish list of sweeping new powers over internet use to crack down on suspected terrorists in the wake of the November 13 terrorist attacks in Paris that killed over 130 people.

The list, drawn up at the request of the Interior Ministry in response to the November 13 terrorist attacks, amount to the most extreme measures yet in a western democracy to end anonymous and untraceable use of the internet and mobile phone networks. But it includes measures that will horrify privacy campaigners and rights groups, not to mention lawyers who would have the job of reconciling them with the French constitution.

According to the newspaper Le Monde, the measures include:

Le Monde didn’t say what degree of political support the law enforcement agencies’ wishes are likely to enjoy. President Hollande is under intense pressure to ensure a thorough crackdown on terrorists to protect public safety, pressure that found expression in a big lurch to the right in regional elections across the country at the weekend. But at the same time, his Socialist party also prides itself on being the heirs to the revolutionary tradition of Liberty, and Hollande’s slim chances of being re-elected in 2017 also depend on him continuing to keep his party united.

In other news Tuesday, national carrier Air France (AFRAF) said the terror attacks in Paris on November 13 took a €50 million bite out of its monthly revenue, depressing its passenger load factor (which measures how many of its available seats were actually sold) by 3.6 percentage points.

“Current booking trends are in line with a progressive recovery including a very limited impact on volumes after the end of December 2015,” the airline said.