How One Chinese Internet Giant Plans to Take on ‘Clash of Clans’ in the U.S. 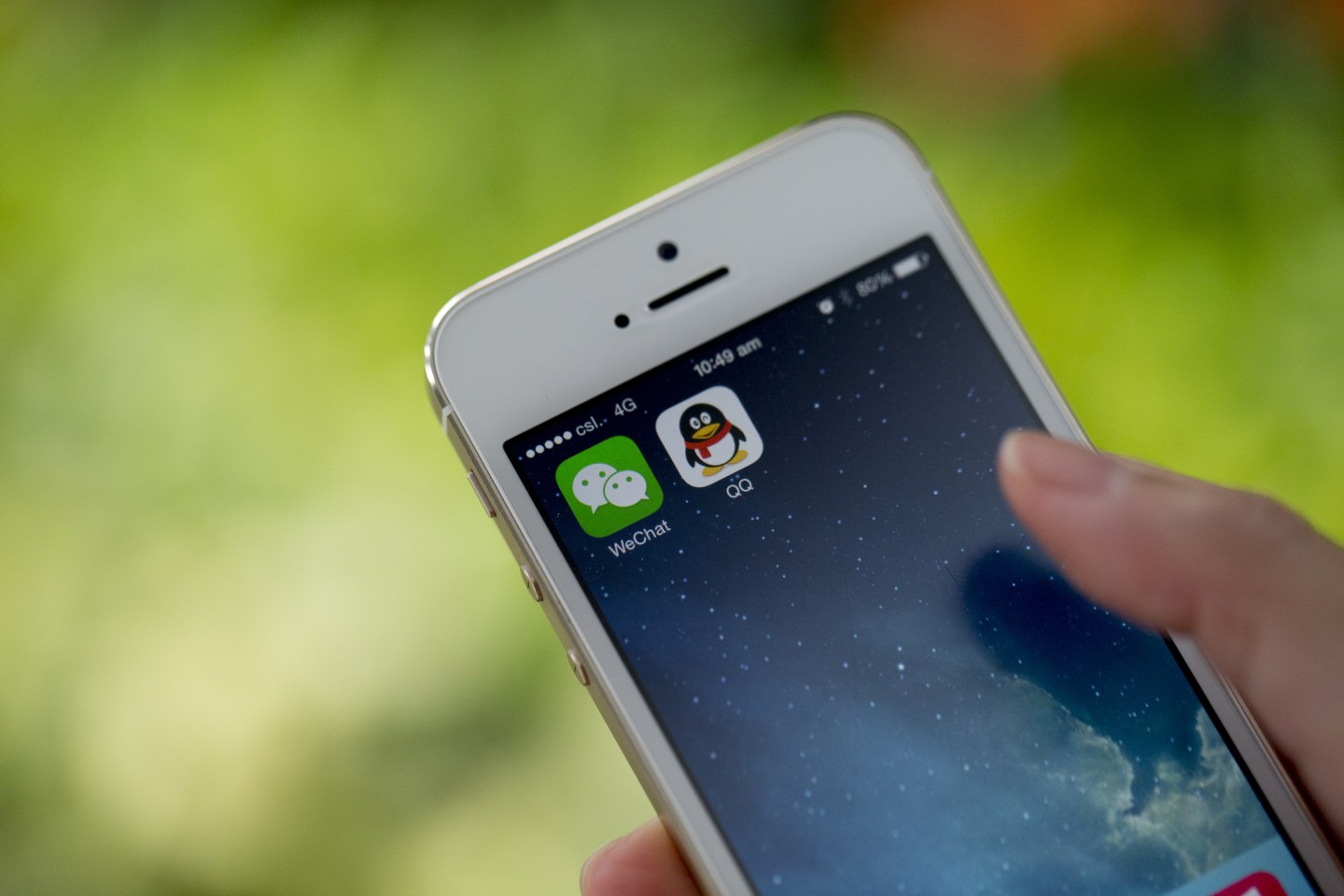 The icons for Tencent Holdings Ltd.'s messaging applications WeChat, left, and QQ are displayed on an Apple Inc. iPhone 5s smartphone in an arranged photograph in Hong Kong, China, on Wednesday, Aug. 13, 2014. The success of messaging services QQ and WeChat has helped boost Tencents market value to about $161 billion, making it the most valuable Internet company in Asia. Photographer: Brent Lewin/Bloomberg via Getty Images
Photograph by Brent Lewin — Bloomberg via Getty Images

One of China’s most popular video games will soon become available in the U.S. for the first time.

Chinese Internet giant Tencent is working with San-Francisco-based publisher Glu Mobile to bring its shooter game WeFire to the United States and Europe next year, the Wall Street Journal reported on Sunday.

WeFire first launched in China on Jan. 8. It’s a first-person shooter, but unlike American console games such as Call of Duty, it’s designed to be friendly enough to simply pick up and play. Like other hit mobile games, WeFire is free to play, although in-app purchases unlock additional content, such as bigger guns.

The highest-grossing title on the U.S. iTunes and Google Play app stores is Clash of Clans, which is developed by Helsinki-based Supercell, and grosses an estimated $1.5 million daily, according to some estimates. Research firm Newzoo predicts the mobile gaming industry to top $30 billion worldwide this year.

Porting a Chinese game to the American market is not as simple as submitting it to the U.S. app stores. According to Glu Mobile CEO Niccolo de Masi, the American publisher is “redesigning” Tencent’s title to make it more appropriate for the U.S. and European markets. Glu could decide to rebrand WeFire under an existing franchise such as Frontline Commando or Contract Killer, the Journal suggests.

Tencent is the giant behind China’s biggest social network, WeChat, but a large amount of its revenue comes from games as opposed to the advertising that powers American social media giants like Facebook. Tencent grossed $2.2 billion from online games in the most recent quarter, over half the company’s total revenue for the period.

The partnership between the two companies is natural and should be expected to continue if WeFire becomes a stateside hit. Tencent purchased 14.6% of Glu Mobile (GLUU) for $126 million in April, and Tencent has long looked to offer more services and games in countries outside of its Chinese stronghold. Tencent became the world’s largest video game company by dominating the Chinese market, but a worldwide hit could generate as much as four times the revenue of a Chinese-only smash.

Glu Mobile is the company behind hit mobile app Kim Kardashian: Hollywood, which like WeFire is free-to-play, but users can spend money on virtual accessories and additional content. In fact, Kim Kardashian’s game is a good example of how fleeting success in the mobile gaming world can be. Kim Kardashian: Hollywood grossed $200 million in 2014, according to some reports, but now finds itself ranked number 38 in the highest grossing apps on the U.S. iOS app store as it competes with newer and more hyped games, according to App Annie.

Other high-flying mobile gaming companies have had trouble matching the success of their most popular titles. Rovio (ATVI) has had to lay off staff recently as it had trouble creating a second Angry Birds-sized hit. Although Candy Crush developer King was valued at $5.9 billion when Activision (ATVI) purchased it last month, consumer spending on Candy Crush titles is falling year over year, and investors are still worried about finding a new hit to make up for the game’s inevitable decline.

Tencent hopes to compete with these companies by porting games that it already knows have found audiences in China. Tencent plans to enter another mobile-gaming crazy country, Japan, with an unnamed title and a local partner. And earlier this year, Tencent launched WeFire in Taiwan and South Korea.

For more Fortune coverage of mobile games, watch this video: