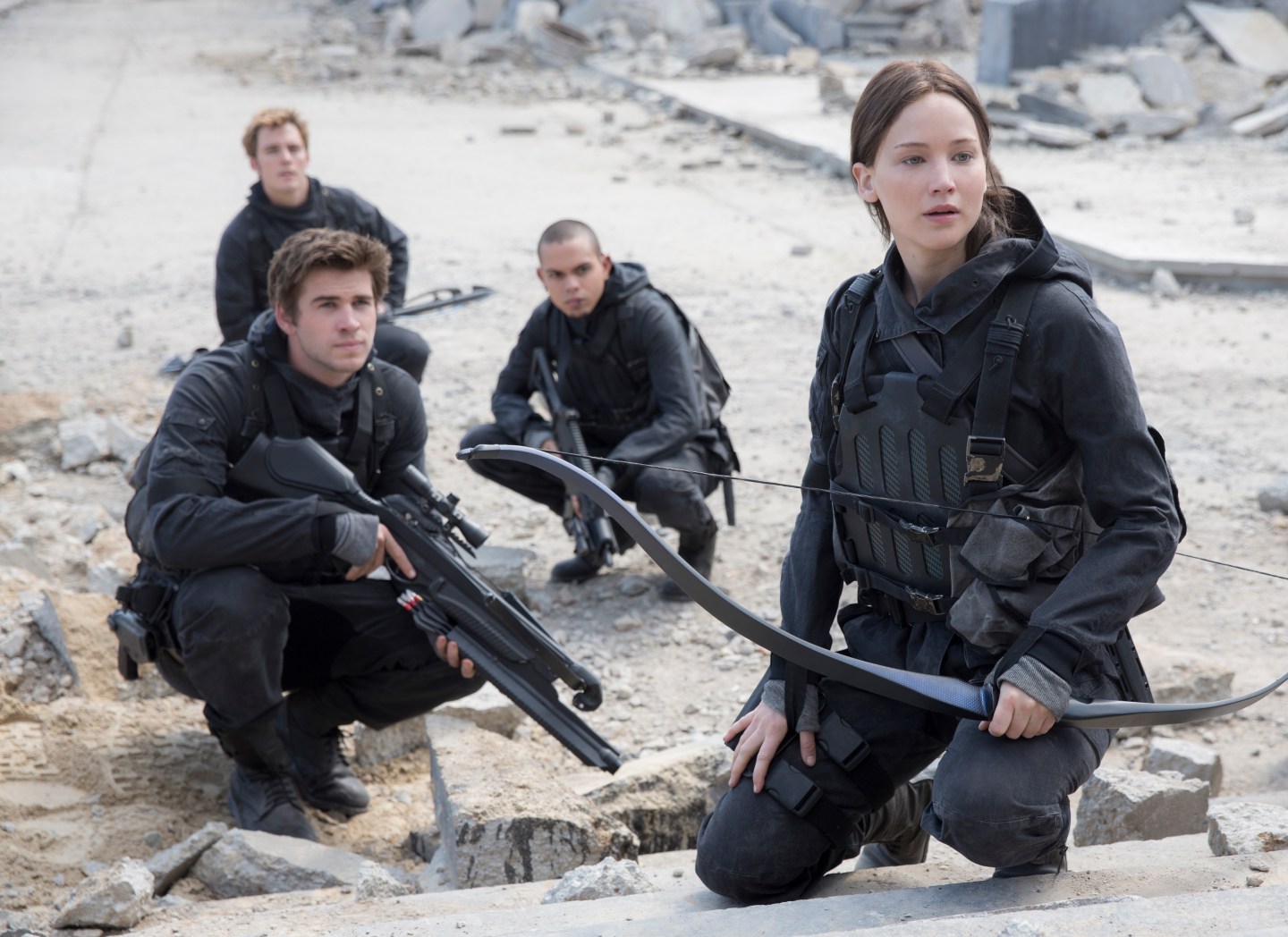 For the third weekend in a row, the domestic box office is expected to be dominated by The Hunger Games, Mockingjay Part 2, the final installment in the series of movies based on the bestselling dystopian trilogy by Suzanne Collins.

The books alone have sold an astonishing 65 million copies in the U.S. alone, and the movies combined are on track to earn well over $2.5 billion globally since the first film was released less than three years ago. By any measure that’s an extraordinary success story, but The Hunger Games is actually just the tip of a very big iceberg that’s been growing under the surface of popular culture for almost a decade.

Ever since the 2008 global financial crisis, the appeal of dystopian literature —think near-future scenarios in which self-expression, privacy, freedom or humanity are at risk — has been steadily on the rise. Although many started as YA or young adult novels, in reality, the readership is much broader, encompassing readers of all ages, genders and geographies.

Which is why the number of dystopian best-sellers keep growing, and novels like Divergent, the first in another series, have become blockbuster movies (and spawned a sequel, the movie Insurgent). Even comic book franchises like Captain America and The Avengers are taking a decidedly dark turn with their sequels, and AMC’s post-apocalyptic zombie show, Walking Dead, has become the most popular basic cable drama, ever. There simply is no denying that popular culture today is tinged with a delightfully dystopian hue.

The last time dystopian fiction was all the rage, such as George Orwell’s 1984, the Cold War with the Soviet Union loomed like a mushroom cloud on the horizon. Suspicion of government, surveillance, and news-as-propaganda made an entire generation healthily paranoid right up until the Berlin Wall fell. It shouldn’t surprise anyone to say we once again live in uncertain times, with over-reaching governments, invasive surveillance, draconian dictators and global instability having grown back like dandelions planted by Big Brother himself. As of this writing, some 65 countries are involved in armed combat, either in domestic conflicts or foreign wars, according to a simple Google search of “how many wars today?”

Man’s savage nature has let history repeat itself despite countless cautionary tales. But that’s where things get interesting, because today’s bestselling dystopian futures are unexpectedly optimistic and decidedly different from their predecessors.

Classics like 1984 and Brave New World ended in tears, no hope left for humanity. By contrast, many of today’s dystopian novels end with a ray of hope breaking through the clouds at the end, and the hero is actually a heroine. From the fight for individualism in Divergent to rebellion against an alien invasion in The 5th Wave to the selfless fight against tyranny in The Hunger Games, the fate of humanity increasingly rests on the shoulders of a female protagonist. And unlike the stories from the previous generation, the books and movies dominating the cultural landscape today emerge from the dark into the light of a better tomorrow.

Our everyman is now a woman, which is both a reflection of contemporary culture and a cause for hope in itself. It inspires a different kind of dialogue post-reading or post-movie. And it somehow brings more empathy and realism to the story when the character is confronted with injustice. (Katniss Everdeen in The Hunger Games is played by Jennifer Lawrence, a real-life hero willing to inspire women of all ages and speak out about equal pay for actors, a post-modern feminist with no agenda other than reminding herself — and us — that nobody, male or female, should ever let themselves get taken for granted.)

From groundbreaking television shows like Orange is the New Black or, more recently, Marvel Comic’s darkly challenging show Jessica Jones on Netflix or even a mainstream action series like NBC’s Blindspot starring Jaime Alexander — the characters in popular culture leading us out of the darkness are women. Not all these women are classic heroes, some are morally ambiguous, and all have very human flaws — which is why all of them represent all of us.

Through a more feminine lens, cautionary tales have become populist manifestos of defiance and optimism for the future in which we’ll live. That’s not to say that tomorrow looks bright, but the day after tomorrow doesn’t look nearly as bad as it did when our everyman was a man.