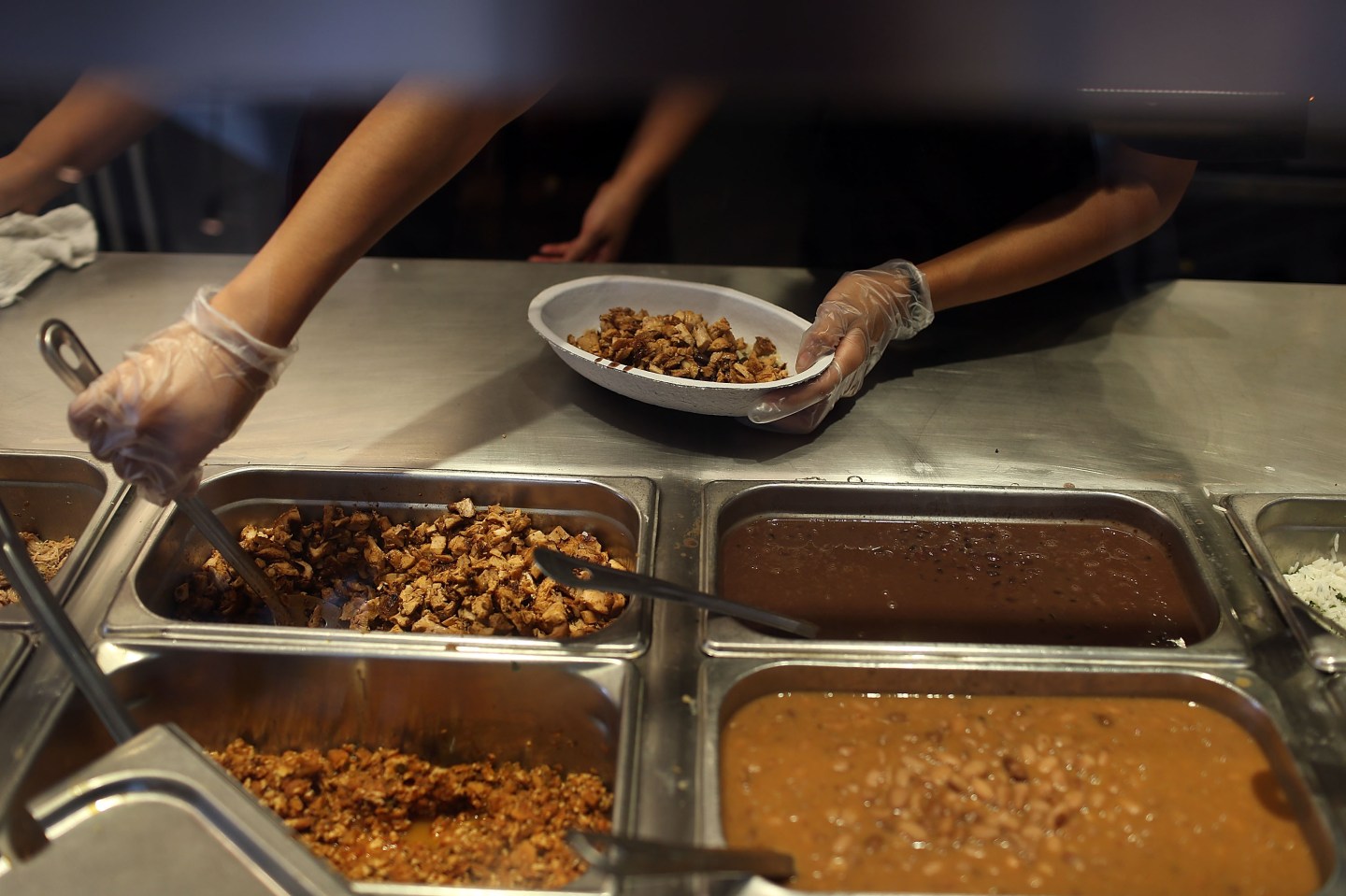 Chipotle warned investors that if sales woes stemming from a E. coli outbreak continue, the Mexican restaurant chain will report a steep drop in same-store sales for the current quarter.

The outbreak, which originally led to the closure of 43 restaurants in Oregon and Washington, has since expanded to nine states and 47 of the 52 people affected say they ate at the popular burrito chain before falling ill. Analysts had warned that the national headlines tied to the E. coli outbreak could result in some diners staying away from the restaurant chain – and it appears that is indeed occurring.

“Sales trends during the quarter so far have been extremely volatile,” Chipotle warned in the statement.

When Chipotle announced the closure of 43 restaurants in Oregon and Washington sales dropped 20% for the ensuing few days. Sales later recovered but when the U.S. Centers of Disease Control and Prevention announced additional cases later in November it led to another dramatic drop in sales.

The drop in the fourth quarter would be a steep decline from current sales trends. Same-store sales had increased 5.5% for the first nine months of the year, helping total sales jump to $3.5 billion over that period. And those results had already faced some pressure after Chipotle suspended a major pork supplier in January after determining that animal-welfare protocols weren’t being followed. That led to some sales pressure throughout much of the year.

In a separate statement on Chipotle’s website, the restaurant said no illnesses had occurred as a result of exposure occurring after early November, though it warned additional cases may be reported as states get data to federal agencies. Chipotle has since issued several statements promising it to adhere to the highest safety standards possible.