Avon Jumps on Rumors that Oprah Wants a Piece 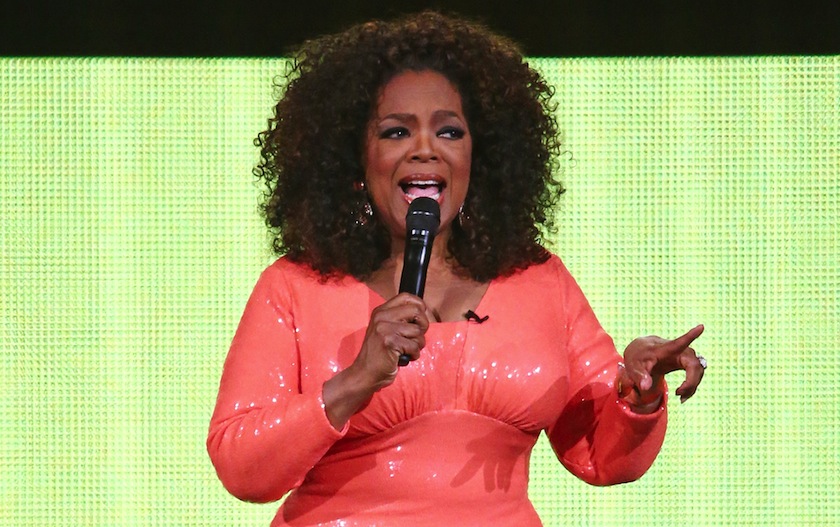 In another example of the power of Oprah Winfrey’s name, Avon Products (AVP) shares jumped as much as 19% Wednesday after rumors hit Wall Street that she might buy a stake in the beleaguered direct-seller of beauty products.

The company, which declined to comment on the rumors, has seen shares plummet 60% in 2015, making investors eager for a white knight. While Fortune could not immediately reach a spokesperson for Oprah Winfrey, CNNMoney reported that a representative for the star said the Avon rumor is “not true.”

Avon’s sales and profit have been hit for years by a combination of woes: an exodus of its Avon Ladies sales representatives as its direct selling model struggles to adapt to modern realities, a strong dollar hurting sales overseas, and intense competition in emerging markets like Brazil and Russia.

Shares have been on a roller coaster all year. Last spring, the Wall Street Journal reported the company was looking to sell its North American business, giving shares a bump. Last week they jumped after a Citigroup research note suggested the worst might be behind Avon. Its market cap is now $1.64 billion, compared to $24 billion at its all time peak in 2004.

Winfrey recently took a 10% stake in Weight Watchers for $43 million, which sent shares up 90% when it was announced. And the former talk show host, famous in part for her weight struggles, became an official participant in the weight-loss program.

The logic is less obvious with makeup and beauty products, especially given Avon’s dire straits. And it’s hard to imagine Winfrey getting hands-on in a fast declining business that many consider to be beyond repair. Avon’s North American sales are less than half their 2007 levels, and its sales reps—without whom Avon can’t sell—are leaving in droves: Last quarter, their number fell 13%, continuing a years long decline.

Little relief is in sight: Wall Street analysts expect total Avon revenues to fall 5.3% to $6.78 billion. (In 2011, they hit an all-time high of $11.3 billion.) Avon is set to update Wall Street in January on its plan to finally revive the company after countless turnaround attempts.

Avon shareholders are still smarting from its rejection in 2012 of a $10 billion offer from Coty (COTY), and they’re so hungry for news of a lifeline that shares jump on rumors, whether or not they’re true: In June they soared when a Bulgarian man made a bogus takeover offer to profit on the stock’s rise.